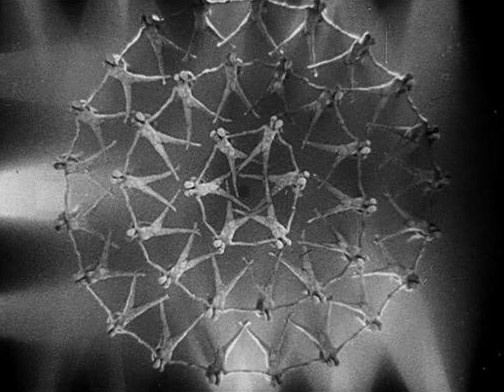 What are the models of authority and mechanisms of power that are currently being constructed in the US? Are they new, or merely reiterations of a story we already know? One thing is clear: the media channels through which they circulate are new, though many seem to take their specificity for granted.

How, then, to formulate an analysis, to generate a critical language for evaluating authoritarianism 2.0? Criticism, the kind practiced in this journal, has always made efforts to define the formal structures of works, in whichever medium they emerged. What would happen if we took those skills and applied them elsewhere, instead of forcing the political into the narrow reserve of content? Here is a faint, squiggly outline for such a project.

They come in droves. In tiny little white boxes projected on screens everywhere, repeated, rehearsed, rehashed, always the same. Only the readers change, not the senders. Not the ones who are sending the most. It is a minor art: no expertise, no ideas, just an endless stream of opinions, and reactions, and opinions about those reactions. Each missive enacts a minor panic – this is its art. “We must rid ourselves of the delusion that it is major events which most determine a person. He is more deeply and lastingly influenced by the tiny catastrophes of which everyday existence is made up, and his fate is certainly linked predominantly to the sequence of these miniature occurrences.” [1] This according to Siegfried Kracauer, in his newspaper serial “The Salaried Masses.” Today, it’s hard for newspapers to keep up: the cycles move so quickly that they mostly seem doomed to report on what is already there, in those tiny little white boxes, which we can all read on our own. Is interpretation then also doomed, to a permanent belatedness, without the ability to anticipate or provide an orienting guide to that which feels otherwise overwhelming?

But what if the “tiny catastrophes,” as Kracauer calls them, somehow came to take on the feeling of a major event, imbued with the power to stop one in their tracks the way the urgency of a declaration of war or seismic event or other far-reaching incidents might have once had (maybe still could have)? Kracauer was famous for many things, but perhaps most of all for his invention of the term “mass ornament” to describe a specific organization of individual performing bodies – his most famous example is the Tiller Girls – into a public show, a collective body that spelled a particular end to a certain vision of the individual. For Kracauer, the mass ornament was above all visual, something that engendered a specific kind of beholding, as in seeing but also in the sense of being “beholden” to someone or something. Speaking of the organization of bodies into a mass, he writes that “the end result is the ornament, whose closure is brought about by emptying all of the substantial constructs of their contents.” [2] Here, the closure and emptying are perhaps descriptors worth carrying forward in an effort to make sense of what might be a new iteration of this phenomenon: not the mass ornament, but the mass oration . Instead of amassing bodies into an image, the tweet presents an image to which an audience is then also beholden. Of course, there is no stadium, no public gathering, to view, and in their viewing, to mime the closure and emptying taking place before their eyes. Tweets are blind, or blinding (I can’t tell which) – an image that renders us invisible. With this oratory version, it is thus no longer clear that there is anything like a collective body now replaced as image, or to which those images are addressed; a mass medium, only the masses are missing. This is the link between the Tiller Girls and Trump.

For Twitter in the hands of Trump and the dystopia its conduits deliver, incessantly, is every bit a mass medium, in the sense that it is available to an anonymous collection of individuals (of course not to everyone, and indeed Twitter can and is imagined otherwise, too). Kracauer’s critique of the mass ornament was not one of pure disavowal, however. His observations were aimed at description and the implications inherent in accounting for the emergence of a medium of popular entertainment that Kracauer counted “among the rare creations of the age that bestow form upon a given material.” [3] Here we have Kracauer, the engineer/architect and later editor of the Frankfurter Zeitung , using the language of criticism to evaluate the particular constructs of popular culture, including, most importantly, their political implications. Whether in the fields of literature or film or art, criticism that discusses form and content when it comes to young women posing their bodies into arrangements to create pictures that one could behold from a distance is striking, to say the least. Kracauer calls this ornamental arrangement a “monstrous figure.” [4] In the analogy of the US at present, can the monstrosity be tied to a figure?

For if the current Trump regime in the US could in fact be characterized as using Twitter to enact a kind of mass oration (and that is an “if”), what does it say about the near forensic investigation and defense of the truth that has emerged both in and outside of the US as the most frequent mode of response? Closure and emptying, too, are gestures that closely reflect the brute material reality that the mass oration has implemented. For this is the very danger of the situation currently, and it is not just new (despite all of the knee-jerk analysis about what one experienced before under fascism), it requires new forms of analysis, ones whose starting point is the acknowledgment that these constructs have been emptied of their content. Even the once-embattled terrain of language becomes a murky swamp, where one might have been able to clearly differentiate as Paulo Freire once did between the language of the oppressor and that of the oppressed. For example, what would be the “language of the people” [5] today, and how would it differ from the rhetoric of Trump and his cronies? What is the linguistic, formal distinction to be made when the platform through which power speaks is the very same one available to those most oppressed by its outcomes? In short, what is there to learn about the linguistic structures through which power moves when those in power already appear to be speaking our language? That does not mean that everyone is heard. Of course not. The denial of voice is still very much at stake, but the operations of critical resistance that Freire imagines are tied to particular manifestations (read: forms) of power and oppression, ones which I would argue are still present but by no means dominant.

Truth is travestied, upended, turned into a jester that is mocked and ridiculed on a daily basis in America. There is a kind of freakish dissent to the Trump regime’s relationship to that which is verifiable and provable, a rhetorical about-face that is often painfully performative, theatrical, even. It calls to mind Mikhail Bakhtin’s treatment of the once-popular medium of the carnival, which had its own emptying gestures vis-à-vis truth. Truth, but also hierarchies, and those in power, were subject to ludic inversions, chaffing, all of which required participation and, most importantly, the act of masking. Properly hidden from one’s former station, to which one (at least in the medieval version Bakhtin so cleaves to) was fated, one could thus proceed with all of the topsy-turvy amusement, delighting in downfall, of all order, but above all of the institutions of power themselves (mostly the figures who stood for them), jeering, and mocking, and scorning all that was previously sacrosanct. Bakhtin calls this the “folk grotesque.” He writes that “in folk grotesque, madness is a gay parody of official reason, of the narrow seriousness of ‘official truth’”. [6] Sound familiar? 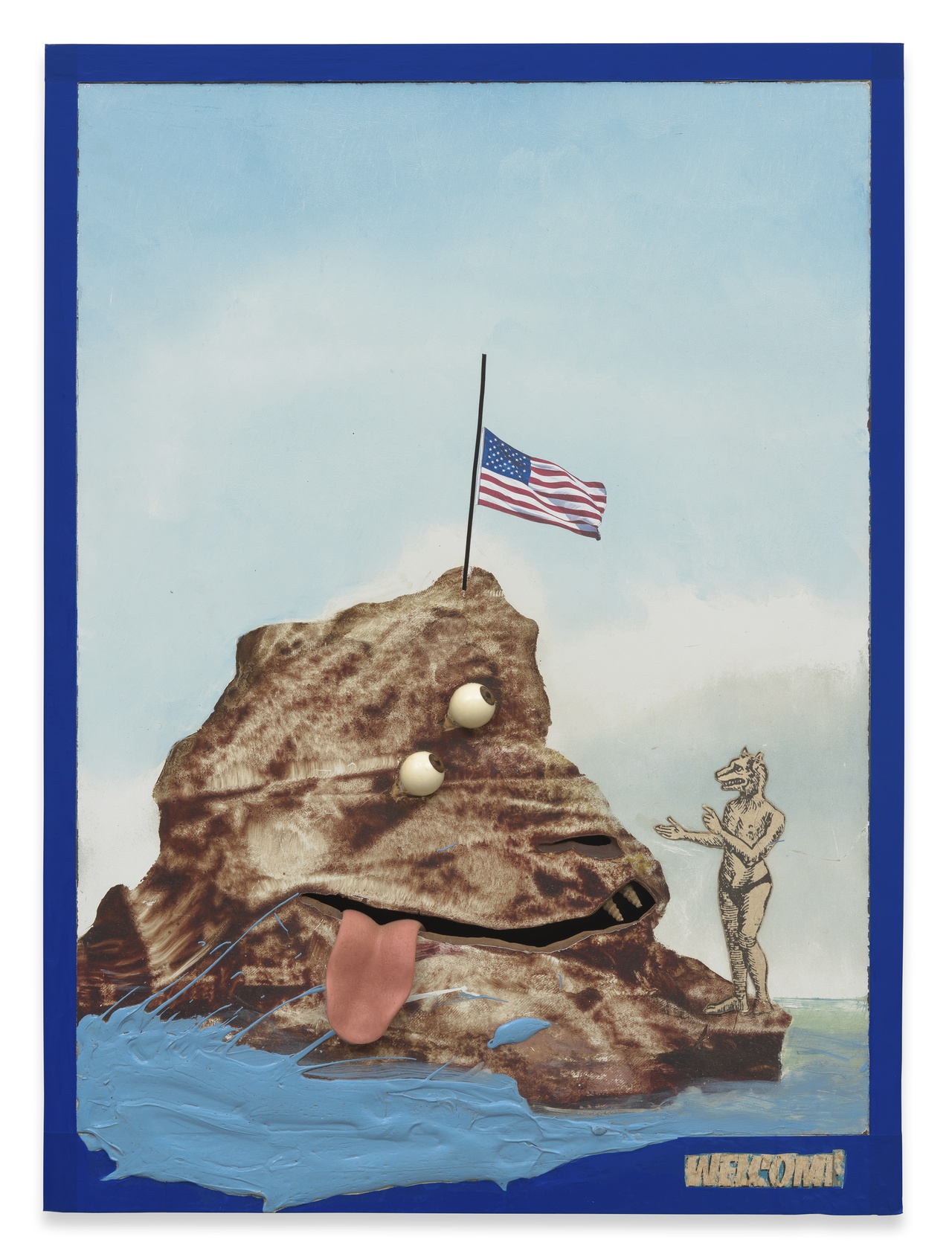 There is at least one important structural distinction to be made here, à la the evacuation of the masses from the mass oration. Bakhtin believed that carnival forms could never be assimilated by those in power, by those who were the subject of ridicule. Here’s the rub, and the true vulgar reality, one more grotesque than Bakhtin could have imagined: What happens when the carnival is the powers that be? The derision and downfall is there, but the Trump regime has managed to excise the unity and liberation that went hand in hand with the carnival, as Bakhtin described it. And, not to be forgotten, hierarchies have not been upended in the Trump version; rather, they are maintained, with increasing violence and greater forms of control. In other words, the king, to borrow from Ernst Kantorowicz’s formulation, [7] no longer has two bodies. This “monstrous figure” is indeed a singular one: a plane of immanent rants, bellowing and bellicose, each more vile than the last. Such a manifestation of authority cannot be focused on singularity, on the position one occupies within the hierarchy. It must, as Kracauer argued, recognize the ways in which these “creations […] bestow form upon a given material.” Would such a project entail abandoning carnival’s putative goal: the liberation (however temporary) from these forms of power and control? If this is indeed a very different carnival than the one Bakhtin champions, yet a carnival nonetheless, perhaps the movement of critique ought to be geared not toward a masked collective, but a mass that is unmasked, whose actions are aimed at acts of unmasking.

While the current defense of truth is similarly aimed at an unmasking of sorts, it manages nonetheless to get stuck on the level of content: the very thing Kracauer warned had been emptied of concepts. If we stick to the content analysis, I’m afraid there are really only two solutions that can result: either we want to reestablish order (this, if anything, is the greatest connection to the many allusions to the history of fascism – a desire for a return to order), or we desire a better carnival. I would like to think, very much in the language of criticism and the example of Kracauer and others, that we not abandon our skills, that we look to the forms of this barbaric carnivalesque, its concrete manifestations in channels that are perfectly ambivalent when it comes to what kinds of content they produce. America is maybe nothing if not this tension between the desire for liberation found in the carnival and the brutal, violent inscription of hierarchy and power everywhere. The two need each other, it seems.

Perhaps distance provides the best chance at picking up the pieces and learning how to speak back, in a language that is reflective of intelligence and expertise – of the time needed to measure a space between the barrage of tirades. Distance, of course, is carnival’s true mask, for without temporary separation from the status quo – the possibility of opening that which seems permanent, locked, or otherwise immovable – critique is not possible. In the end, perhaps the only way to fight the newest form of presidential communiqué is to plot a course away from them, and embrace our fear of the void – the horror vacui, that concept so closely tied to ornament – so that we might indeed make a better carnival, an unmasked ball (maybe that’s just a dance?). It’s time for the anti-carnival, for the underground to reemerge, and to find ways to occupy and transpose those forms of distribution, the mass orations, to which we are all beholden. Send in the clowns. 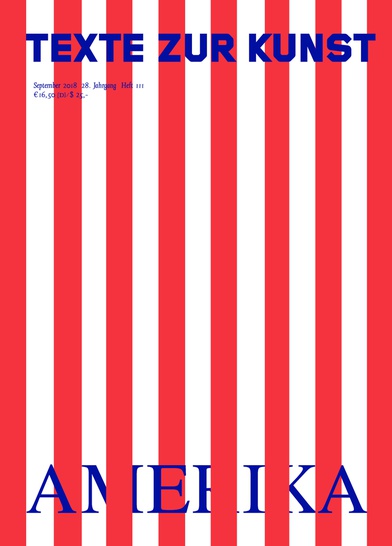