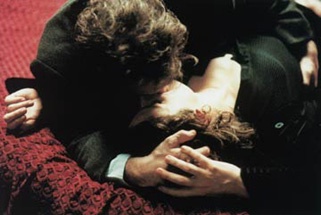 Isabelle Graw und Colin Lang: We at Texte zur Kunst were struck by your recent assertion that the idea of a French form of seduction as a national trait is a myth, one specifically propagated by those who signed the letter in defense of the freedom to “importune.” Building from this, in your opinion, what is the basis for the attachment to the myth of gallantry for privileged women like Catherine Deneuve?

Graw/Lang: Beyond the attachment to the myth, as you’ve called it, what do you think Deneuve and others are defending exactly? What is the threat that #MeToo and #Balancetonporc pose to the signatories of the infamous letter, as well as to others like them?

Scott: The threat is to their sense of established subjectivity, their understanding of what femininity not only means, but requires in French society.  These are actresses and media stars, for the most part, whose careers depend on buying into the prevailing understanding of seduction as part of the game that has to be played.  Their success, after all, rests on their belief that they must be attractive to men in conventional (we might say inegalitarian) ways and then justifying these asymmetrical relationships as “natural."

Graw/Lang: We would like to dig deeper into the functional operations of this myth. You know the history of women’s movements in France as well as anyone, so based on your experience and scholarship on the subject, how does the particular myth that you’ve identified operate? Furthermore, does the articulation, and continued re-articulation, of the myth exclude others from participating in struggles for equality and fair treatment for women?

Scott: I wrote about this at length in my article on "French seduction theory," (Included in my „The Fantasy of Feminist History“ (Duke U Press, 2011) There I suggested that the myth justifies not only the subordination of women (their “loving consent”) to men, but also the subordination of a host of other differences (race, ethnicity, sexuality) to the nation.  The notion of France, one and indivisible, includes not collecting data on these differences, as if to collect it would document fractures in the unity of the nation.  Gender asymmetry offers a matrix for thinking about differences in general and their illegitimate claim to political recognition.  It’s not only, as you suggest, that the “articulation and re-articulation of the myth excludes others from participating in struggles for equality and fair treatment for women.”  It’s more than that:  it disqualifies other social movements from claiming equality in their names too.

Graw/Lang: There are many theories of the structure of mythic thinking and mythic forms. In some, there is often a thesis that somewhere this is a material basis on which certain myths are structured, and on which they ultimately depend for their efficacy. Is this true in the case of “séduction à la française”? If so, could you identify some of those material bases?

Scott: The material bases are the subordination of women to men across the social, economic and political spectrum:  the toleration of domestic abuse and sexual harassment (its redefinition as benign “seduction”); glass ceilings in the professions; dual labor markets based on gender; unequal wages; discrimination based on race and ethnicity; the radicalization of religion and the religionization (if that is a word) of race.

Graw/Lang: But isn´t there another material base implied in this myth, such as the lived reality experienced especially by women working in the cultural realm or in show business, the experience that their "good looks" or "physical attraction" provide them with agency? They actually can use these looks for their careers because it is simply an aspect that until now mattered a lot for these type of careers. So in other words: couldn´t women like Deneuve defend this myth because they experienced it as liberating and empowering to a certain degree?

Scott: This is an extremely important insight—thank you for it. Yes, I think you are right, though I’m not sure I would call it exactly material. I think it’s the psychic reality for many women (not just those in show business)—it’s what Lacan talks about in “The Signification of the Phallus.”  Women are the guarantee of masculinity; their desirability is the mark of their desire for the phallus…. In a sense they hold the power to guarantee or deny men’s possession of it. So Catherine Deneuve and her sisters understand themselves as possessing this power, even if it translates in the material world into the subordination of women. How’s that for a paradox?

Graw/Lang: Indeed! Thinking more broadly now, what are your reactions to the #MeToo movement, specifically its forms of individualized participation vis-à-vis the current revelations concerning abuses of power, and sexual harassment, specifically? How can movements like #MeToo contribute to a more structural and systemic social analysis? Is there a way to combine these movements with an intersectionalist approach, for example?

Scott: I'm not sure what you mean by an intersectionalist approach.  I tend to think that intersectionality is too categorical a way of thinking about the operations of difference (class, racial, sexual, etc etc).  It’s not at all clear to me that people experience their subjectivity in categorical ways that line up neatly (white, working-class, lesbian, for example); I think the experience of one’s self is far more complicated than the (politicized) categories of identity can predict.  I do think that #MeToo needs to address the issues of the structure of power more than it does and formulate a politics to address it.  I was persuaded by Jacqueline Rose’s piece in the London Review of Books, that argued that sexuality was a really tricky subject that could not be contained by law, that erotic relations were extremely complicated in their interpretation and explanation. [1] That said, I think we need a feminist movement that not only exposes the abuses women have experienced, but addresses the ways they can be ended.  I wish I knew what that movement would look like and what its political strategies could be.

Graw/Lang: If maybe the ideal of a seducing rather than overpowering man is a French myth at its core, other narratives, too, of sexiness, eroticism, or even just charm seem to rely on an understanding of roles of masculinity and femininity that are not equal—where one is active, the other passive, one is pursuing, the other withholding and so on. And it seems that with the current revelations, these gender norms are put into question, or rather are exposed as far from the harmlessness that gallantry might otherwise imply. Do you agree? Are these narratives that we, as a society, might grow out of (not just in France)? If so, where, then, do we look for other narratives of charm, gallantry, and ultimately, sexuality?

Scott: I think the narratives are the ways we address the enigma of the difference of sex—something Freud, Lacan, and Laplanche have taught us to think about in important ways. They (and others too) argue that sexual difference is ultimately something that cannot be explained. Gender norms are a way to impose meaning on something that is not transparently meaningful.  Genital biology does not explain gender roles; gender roles assign meaning to those bodies.  Gender is an attempt to impose a grid of intelligibility on sex.  The myth narrative is one way of “fixing” normative gender identities, of refusing challenges to them, transgressions of them, alternatives to them. Will new narratives be able to replace the prevailing ones?  Will they reach the psychic nerve they need to touch in order to have an effect?  What might they look like?  We need to think these questions with people from many disciplines, psychoanalysis included—the psychoanalysis that does not impose normative categories on behavior, but opens our thinking to the operations of the psyche in its complex forms.