For some, there are few figures more representative of a pre-crash New York art world led astray than Dash Snow. Entire collections were formed based on what Snow was not. Yet in Snow as antichrist, one might find the “right” kind of art’s biggest fear — and, as David Rimanelli argues here, its weakest point.

In a culture sphere where few expressions of “badness” can escape being folded in as “good,” Rimanelli makes his position on Snow clear: as he recently answered a skeptical friend, “I would kill you a 1000 times just to have Dash back for one night.”

I wasn’t a child at all.

I was Agrippina in the Golden House of Nero.

Why do we, like miserable, arty beggars of the spirit, have to engage in special pleading for Dash Snow? Who cares about why we – or why I, David Rimanelli, who knew him very well and who knows his work very well – feel the need to convince people? The art speaks for itself for anyone who wants to spend time with it, and they can make up their own minds yea or nay, but for many there is a resistance to deliberately engaging with the artist’s work. In much of what has been written about Snow, the prose collapses into a journalistic bile of voyeurism and disavowal driven by conflicting desires to appear “with it” and yet retain a judgmental distance. Though perhaps this very disavowal is an honorific: the most authentic response, in an era of networked capitalism that transforms all relationships into “transactions,” to the directness that animates Snow’s work in all its forms. 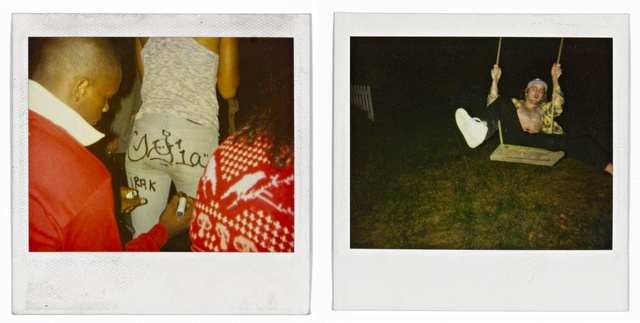 Certainly there is also the issue of personal charisma versus (or inseparable from?) the material remains. Snow shot thousands of images with his boxy Polaroid camera. When we first met, I asked him if he was an artist. His reply: “No, I just like to take pictures.” But as pictures, these plastic-encased images, with their faded pastel flesh and shadows fading into the unknowable, are like daguerreotypes; objects made to be held and shared – even if what they depict isn’t exactly family keepsake material: a line of cocaine laid out on a black man’s dick; a gas station whose broken sign advertises HELL; heaps of shredded golden phone books making a primeval nest for a pregnant young body. Taken together, they create the sense of a larger, complex space beyond artistic strategy. Though Mr. Snow was not a strategist in the common art-world understanding of the word (though yes, he had his strategies), it’s true that his work seems to have currency in the art world precisely because it points to some “unmediated” or “true” life beyond it – unmediated not as in unstaged, but as incompatible with, or in excess of, the standard codes of neoliberal creative professionalism: Snow’s Polaroids don’t simply prefigure someone instagramming their #nofilter life. He wasn’t just photographing his friends eating oysters; he was photographing their bodies bleeding, or dope sick, or manic, or in “dangerous” scenarios while pregnant (in marked contrast to the echt-bourgeois state of people spending 20K to conceive). These were not bodies that were about to show up for a Frieze panel with Hans Ulrich Obrist in the morning. 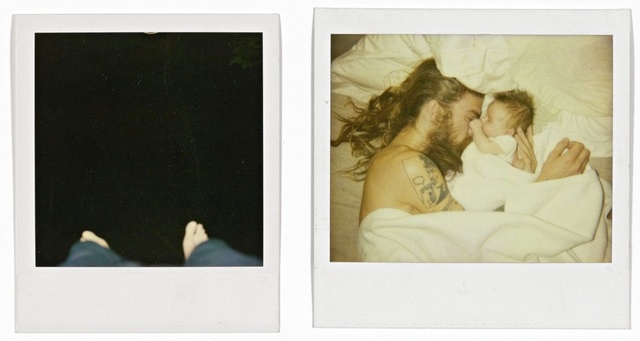 There’s delicacy in all of Snow’s production, but it feels different from a pictorial strategy, more like real humor and sweetness, and even gentleness, combined with an implacable urge to rub people’s faces in the mire. Still, there’s the question of how, or if, Snow’s own life squares with what one might call the “networked” logic his art operates against. Does one take Snow’s position entirely seriously, contrasting it with artists who assume the “Bad” mantle as a strategy? The visceral power of violence easily becomes a seductive hook for artists such as Hito Steyerl, whose 2012 video “Guards” makes full use of the jarring body language two museum guards replay from their former lives as cops/Marines, against a backdrop of works by de Kooning, Hesse, et al. The appeal of such rough play for gallery audiences is sanctioned by Steyerl’s distance from her actors’ world. And yet the deployment of working-class men in her video is essentially a temporary human transaction, contained in a project destined for the same museums where these guards continue their anonymous labor. When Snow, circa 2000, joined the tagging crew IRAK, soon thereafter this already well-known group achieved a kind of legendary status, in part because the leader of the crew, Kunle Martins, who appears in scores of Snow’s Polaroids, was an unapologetically gay black man and the tagging community was notoriously homophobic; the addition of rich kid/runaway Dash Snow, and the seeming unconventionality of their relationship, made IRAK the ne plus ultra crew of its time.

René Girard’s formulation of sacrifice in “Violence and the Sacred” hinges on this idea of substitution: “The [sacrificial] victim is not a substitute for some particularly endangered individual […] Rather, it is a substitute for all the members of the community, offered up by the members themselves. The sacrifice serves to protect the entire community from its own violence; it prompts the entire community to choose victims outside itself.” [6] In a networked economy, it’s not hard to see how a couple of museum guards (or any member of the “dispossessed” put on friendly display) can reassure viewers that their own humiliations are indeed modest, and critique thus ennobles a sacrificial substitution that contains and disperses the audience’s resentment. Snow makes no such concessions, especially in his collages and artist books, where phrases like “Died in My Arms/Struggling Gay Cops” and “Bin Laden Youth/You Can Be Controlled” convey state machinations in far more direct terms. For this, he has been excluded from the already-in-formation contempo-canon. His works do not often surface in museum surveys or biennials. His has been a different sort of sacrifice, of absence, reprobation, dismissal: as Girard comments, “Violence is not to be denied, but it can be diverted to another object, something it can sink its teeth into.” [7]

Even the fact that Snow was a “rich kid,” a somewhat-estranged heir to part of the De Menil fortune, seems to make it all an even more cunning monstrosity. Is there an intractable issue of social class here, in the work and also in the public and critical perceptions of it? For that matter, what’s the significance of bringing the work together in a sweeping exhibition at the Brant Foundation in Greenwich, Connecticut this past fall, six years after Snow’s death? Never mind the fact that the foundation curated this show – a gracious, thoughtful presentation spanning the various media in which Snow worked (photography, collage, sculpture, artists books, and video) – in collaboration with the Dash Snow Archive and the participation of Dan Colen, Hanna Liden, and Nate Lowman (three of the late artist’s close friends), “Dash Snow: Freeze Means Run” was met with polarizing objection. On the one hand, certain parties (be they the fan base or the self-declared Reasonable and Just), feeling Snow’s work to be so “of the streets,” and raw and rough, etc., ad nauseam, that it is somehow wrong to display it in Greenwich – particularly at the public, non-profit exhibition space of a noted collector. To that species of opinionizing, I ask: Was it wrong that the Whitney had a Keith Haring retrospective in 1997? On the other hand, there are those who believe this show in Greenwich somehow “proves” that Snow is a fraud, in death as well as life. The venality, however, is neither in the late artist’s art nor was it in his life, but in those who assume to speak with authority when the issue at hand is, precisely: Who has authority? But Snow has always mixed codes in provoking ways. It’s not hard to imagine him laughing hysterically at this affair, loving the rightness-wrongness of it all. 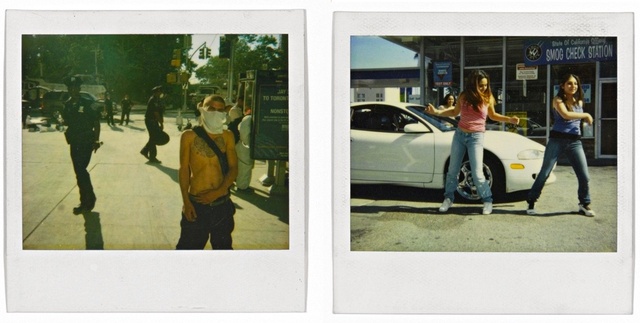 What comes through like a clarion in this context (one now absent of the fog of the particular “contemporary” that was Snow’s) is the power of language in his art: It courses though all that he made regardless of medium and traces a very dark narrative, transmitting etheric communications for you, whoever you are whether a friend in life, a family member, a fan who never knew him, or a journalistic “critic.” One might think here of the 1,122 volumes Snow stacked into the walls of his book fort, which evoke an apocalyptic yet folksy Americana of “Doomsday Prophecies,” “Early Graves,” and the “Corrosion of the Self,” layered with struggle – live, conquer, die anyway – as in “The Art of Survival,” “Endure and Conquer” or “Smiling the Boy Fell Dead.” When he places the text “NOBODY EVER DID WHAT WE DID” over a paper bag filled with all-American staples like a machine gun, a TV, and a flag, he celebrates both the self-destructive brazenness and inalienable right to an unfiltered personal freedom of a country that, for better or worse, created the “American Century.”

David Rimanelli is a contributing editor of Artforum and an independent curator. He received a writer's grant from the Warhol Foundation and has published articles in Parkett, New York Times Magazine, and Vogue Hommes. In 2015, he curated "My Wife Does the Dishes, I Do the Revolution" at Kimmerich, Berlin. 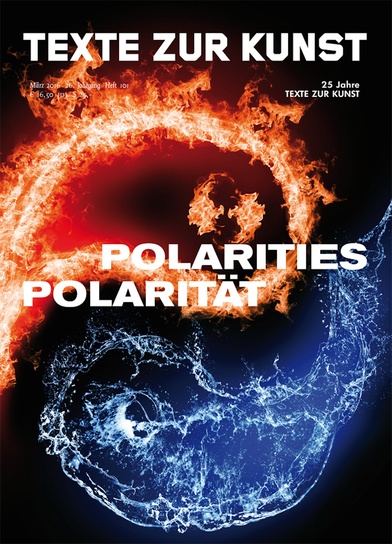