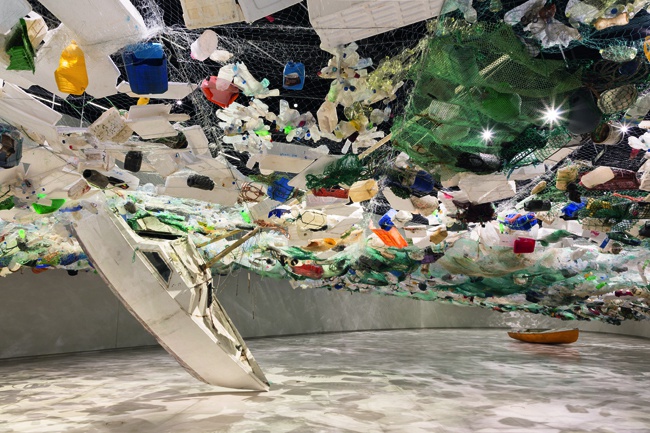 The sea is home to many life forms, but these life forms do not go elsewhere when they perish. So, where do the bodies go? Many people may never ask themselves this question, but for some, it is intimately connected to what it means to look at the sea, or to be in it, or to be near it on the sandy shore.

The polymath historian of science D. Graham Burnett opens a door to this cabinet of mysteries in his poetic meditation on the waste floating above and beneath our oceans. In this fascinating history, Burnett suggests how we can think the surface and the bottom together, and how that fundamentally alters our understanding of those lovely beaches we all cherish.

Let us walk lightly, and with a live eye, through what has been coughed up by the maelstrom. And with us we should take a book – a Baedeker’s for the ransacked ruins. I propose we dust off the queer, panpsychic piety of one J. Arthur Thomson, a Scottish biologist of great reputation (once upon a time); one of those diligent, mustachioed seekers who bore a late Victorian sensibility across the parlous watershed of Great War modernity. He is the author of a heart-struck little essay entitled “Jetsam,” which endeavors to look destruction in the maw. [1] I take it as my text.

“In spite of many disappointments,” he tells us, “there is always a mild excitement in a walk along the shore – especially after a storm.” And that is because the storm stirs up the sea, and the withdrawing waves leave a long deposit:

“One never knows what one may discover among the jetsam – the rubbish, as some people would say. But this is to miscall the jetsam, for although there is sometimes an element of rubbish – the débris of civilisation – the uninviting word is seldom appropriate in reference to the whole. What we mostly find is the wreckage of life – creatures that have been torn from their moorings, or that have been forced by currents into the grip of the incoming tide, or that have been battered to death and then swept ashore.”

What follows, then, is truly a “natural history of destruction,” if of a thoroughly pre-Sebaldian form: Thomson walks the beach and picks over what he explicitly conceives as a kind of oceanic mausoleum, thinly spread across the sand. Each corpse is the occasion for some bit of salvage biology: a specimen of Flustra recalls Darwin’s first scientific paper; the grisly soft corals known as “Dead Men’s Fingers” are contrasted with the pinnate elegance of Pennatula, a taxonomic first cousin; specks of life in this graveyard (a lively cloud of hopping amphipods) turn out to be tiny carrion crows, since they “devour everything that is edible in the dead bodies of animals, both large and small, and make beautifully clean skeletons.” The trained eye can spot stigmata in the pearly nacre of one of the beautiful little clams Linnaeus, named (with prurient enthusiasm) after the classical goddess of love. A neat puncture near the hinge tells the whole story: “The hole was bored by a carnivorous gastropod, which killed the bivalve and devoured its body, leaving the empty shell to be tossed up on the sand.” Even a moment of seeming birth is quickly reprised as fatal tournament. Pausing on the dry spiral egg-case of a giant whelk, Thomson cannot but recall that these “cradles […] were the scene of a grim struggle for existence between the first hatched larvae and those that emerge later” – cannibalism in the womb being a notable feature of the species. Everywhere, the beach-walker spies what he calls “wastage of life,” since the great bulk of the jetsam consists of corpses. [2]

What can be said about Thomson’s stroll along the strand? What can it tell us about the sea, science, and the soul as we ourselves stand on a veritable beach, and face a rising tide of wreckage?

First, one wants to look back. The historian of science cannot but read Thomson in the context of a long tradition of worrying about nature, God, and destruction while walking the shoreline. We know, for instance, that some measure of the fearsome intimations of sublimity experienced by early modern European thinkers who contemplated the coasts hailed from their sense that they were glimpsing the actual earth-trauma of the Noachian flood that had once all but exterminated life on Earth. Rocky precipices to the sea were thus scars of the violence of divine wrath – and who could say when the terrestrial dykes might again be breached? [3] By the middle of the nineteenth century, this mood of gothic terror had quite subsided in Britain and the continent. A broad domestication of beach-spaces, occasioned by the rise of seaside spas and waterfront tourism, gave rise to a new kind of solitary beach-walker: a hopeful natural theology informed these Victorian seashell collectors, many of whom were women, for whom the littoral margins made possible a (marginal) semi-professionalism in the emergent sciences of life. [4]

Set in this context, Thomson, who moved back and forth between the worlds of reputable natural science and polite popular learning, was recognizably doing a kind of post-Darwinian shore-naturalist musing: whereas his Victorian forebears would have seen beauty and divine design in every shell and weed, he was left to try to wrest some weathered hope from a nature he could not but sense had been sculpted by death. 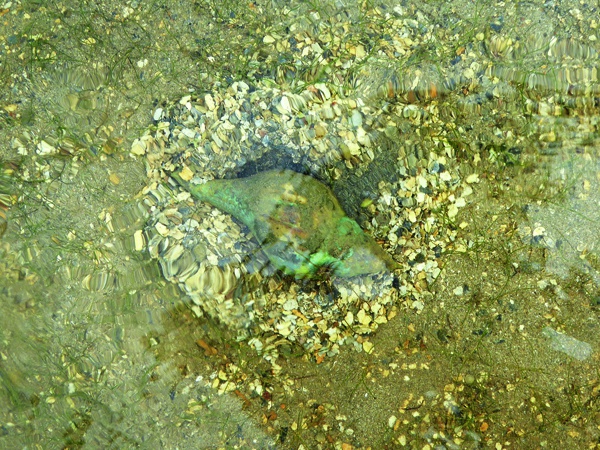 But there is more. The slightly haunted quality of Thomson’s seaside sea-science must be understood as part of a larger problematic in the relationship between ocean spaces and reason itself. The “sciences” of the “sea” are oxymoronic, in a basic way. After all, what can it mean to be “rational” about that part of the Earth that has forever posed as the harrowing antithesis of predictability and order? In an etymological sense, to be “rational” is inextricable from the discerning of “ratios” – the discerning of numerical/geometrical patterns. It was the celestial bodies, the sky, that first disclosed itself as a cosmos, an ordered thing: if you look at the night sky long enough, the movements of the little lights you see there quickly reveal themselves as highly regular. Science itself, as a recognizable cognitive-analytic enterprise, is substantially born from the work of observing, and puzzling over, these regularities. The oceans, by contrast, presented the primordial chaos – an abysmal opacity, subject to inscrutable and destructive fits. In this sense, Thomson’s reliable eye for ruin on the beach – his somber philosophy of storm-tossed wreckage – is overdetermined. He is trying to do science, to use reason, to handle a region that has paradigmatically greeted rationality with a black and bitter recalcitrance.

Against this bleak sea-miasma, Thomson’s own key term – jetsam – may merit another moment, since the word can be recovered out from under the jingle-catchphrase “flotsam and jetsam” and its loose meaning of “odds and ends.” Flotsam and jetsam are each terms of art in the law of the sea, which is thick with jurisprudence on the intricate elaboration of their differences and their implications. With so little monetizable property at stake, we can afford to speak in general terms: both terms characterize “wreck,” that which results from an orderly vessel at sea coming under the forces of destruction and chaos; “flotsam” is all such matter that, having been wrested from the vessel, and remaining in the ocean, is essentially adrift and un-possessed; “jetsam,” by contrast, is matter actively discarded by the crew or passengers in an effort to save themselves and their ship.

We would thus be correct in saying that while flotsam is what has been taken from us and remains in the maelstrom; jetsam has been relinquished, in the hope that some salvation remains possible.

Thomson looked out over the corpses on the beach, and saw … jetsam.

And he saw it all the way down. His idiosyncratic essay concludes with an affecting arabesque on the sand – a leap down into the stuff of the sand itself:

“It is an interesting occupation for a leisure hour to sit with a lens in hand sifting the sand – distinguishing here a fragment of shell and there a piece of sea-urchin’s spine, here a remnant of an acorn-shell’s rampart and there a Foraminifer.”

Do you see him there, on the beach, with a loupe in his eye, on his knees, spending that final leisure hour discerning the corpses ground fine by time and tide? He is most struck by the way the sea levigates its crimes: milling them to “different grades of fineness” (like “different samples of sugar” he says, perhaps sweetening the pill). All those things around him, he avers, “are stages in the process of reduction towards that lowest common denominator which we call the sand of the seashore.” 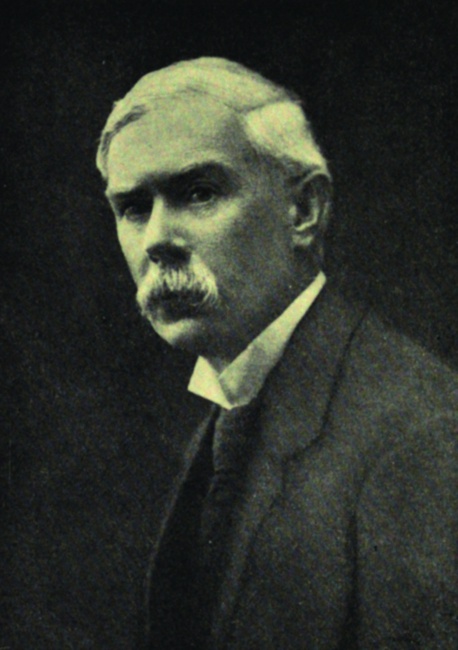 It is an extraordinary image. A vanitas in diminuendo to the extremest limits of sight, a poetry of sand, that is also a science of the cycles of life.

Or so he suggests, gesturing to “the circulation of matter.” Perhaps this natural history of sand amounts to a thin theodicy: in his panpsychism Thomson believed that nothing, in the end, was truly “inanimate,” and so his scrutinizing of the fine sand of the jetsam might just as easily be seen as something like a meditative micro-proliferation of the vital seeds.

Foucault ended The Order of Things on the beach, looking at the sand. What did he see there? A face in the sand. The face of “the human” traced in the sand before a rising tide:

“then one can certainly wager that man would be erased, like a face drawn in sand at the edge of the sea.” [5]

In my mind’s eye I picture Michel meeting Arthur on a wide strand, the latter bent over fine grains with his handglass, searching. They look together for a while, seeking a new kind of face – in the matter itself. 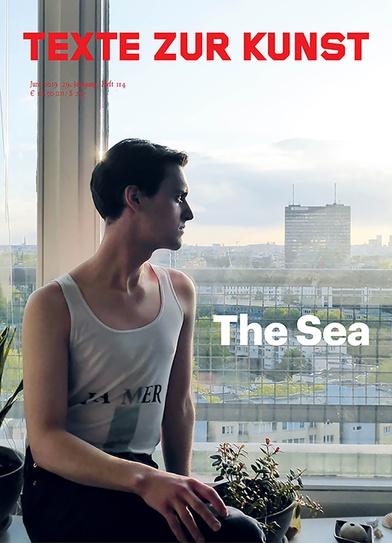