Brexit anyone? If you’re fed up with the parliamentary to and fro, then perhaps a grave outlook on the future of British society post-Brexit would be a nice escape from the current drama. The decorated Swiss-German author, Sibylle Berg, has penned just such a work, in over 600 pages of lurid detail on post-post-historical socialization. Musician Steven Warwick provides a much-needed English review of Berg’s German tome, and ponders the realities of how one lives in the shadow of impending crises.

“The year two thousand began lousy there? was no millennium bug no damn catastrophe.” These are the opening lines of Sibylle Berg’s latest opus, GRM: Brainfuck: the Swiss author, whose writing has been associated with the late 90s “Popliteratur” movement of Generation X nihilism, and who was recently awarded the Literaturpreis für grotesken Humor (2019)

GRM: Brainfuck details the early 21st-century climate of fear, the rise of social media ( “the youth became more dependent on a state of arousal, that consisted of a mixture of mobbing, sexual violence, and bullshit”), and the financial crisis, all projected onto a near future in which Brexit has already taken place, China has bought nearly all of the UK, most institutions have been privatized and sold off, and a immunization jab is actually an exercise in implanting a chip that monitors and tracks all human activity.

Hannah, Karen, Don, and Peter are four youths who live in the bleak city of Rochdale, where austerity has peaked, with people often jumping out of the high rises where the characters live. They find solace in each other’s physical presence (spending most of their days on their smartphones, watching grime music videos). Eventually, they move into a squat together and form a new family. They are part of the Generation Z demographic, economically cut off due to austerity measures and with no hope of enjoying the quality of life afforded to previous postwar generations, and who “dream of shopping in Selfridges and hate the people who can already afford it” (p. 97). 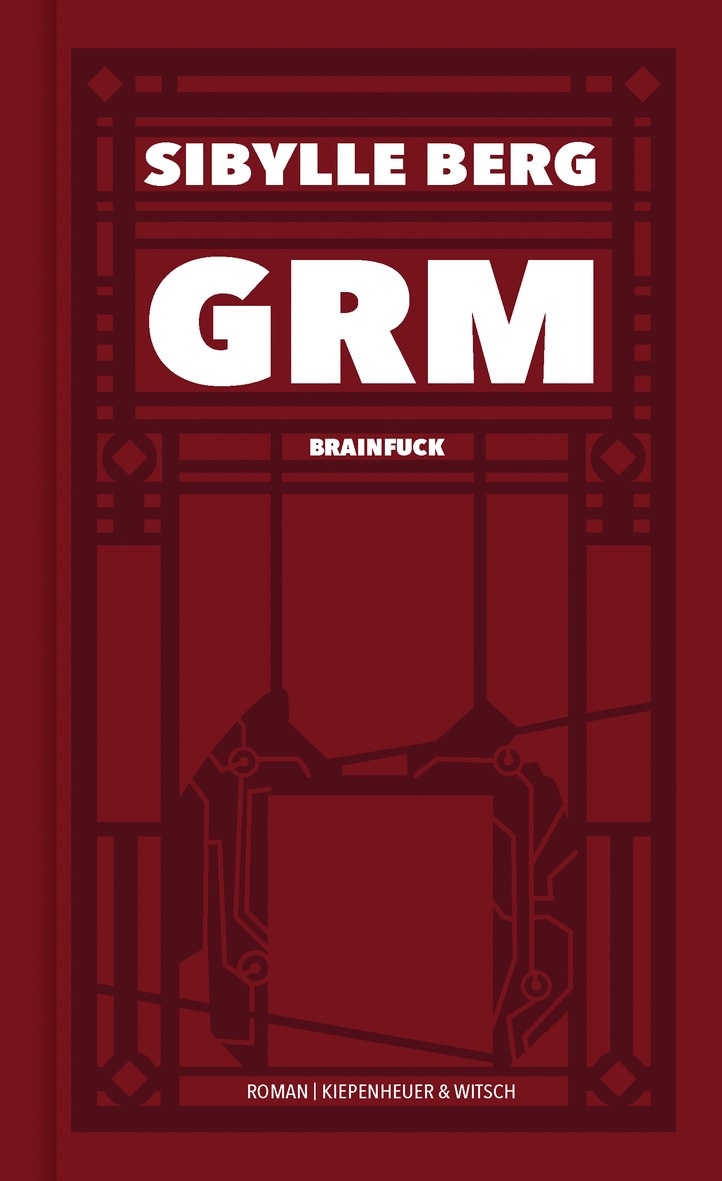 Don is aged seven or eight and lives in one of Rochdale’s seven high-rises, famous for their high rate of hard drug use, and spends a quarter of her day listening to grime. Most people she knows are too numb or high to do much, while others throw themselves off of the buildings’ upper floors. The portrait of Don is as bleak and pessimistic as a Haneke film; she survives a lone wolf shooter, is subject to random stop and searches, all of this following her mother’s decision to move from London to Rochdale in an attempt to improve the family’s standard of living. Nevertheless, Don’s mom performs various menial underpaid jobs and finds solace in masturbating to photos of Prince Charles. Don in turn discovers her sexuality through looking at various porn sites on her screen and begins fantasizing about women (p. 62). Her family goes on a day trip by bus to London and spends their whole time there binge drinking in pubs and eventually crying before heading back home to Rochdale. Hannah is part of Liverpool’s disappearing lower-middle class, with two loving Indian-Jewish parents. She uses her phone to find out about everything; she tracks her fitness with apps and looks at the weather app to decide what she will wear. Karen buries herself in books and online research into genes, viruses, and microorganisms. Peter’s family moved to the UK from Poland when he was a child, and his character deals with a post-financial crash landscape of empty shops and latent fascism while, like Don, his mother also flirts with alcoholics.

There is a fatalism or deep resignation that, post 9/11, means the populace has merely accepted that daily life is entirely monitored and movements tracked: a mix of attention deficit for an ever-accelerating news/life cycle. In the case of the four children, they simply don’t know any time before this, merely shrugging at life and accepting the current state of affairs as per privacy agreements online, vacuously swiping right on their phones. Algorithms are being developed between programmers and MI5, and all surveilled life is viewed as normal. In a society of atomized individuals, ADHD is viewed not as a sickness; rather, the older generation are now just unbearably slow. Smartphone overuse and a hysterical news cycle have reduced people to dopamine junkies who in turn find themselves zombified from an endless overload of information. The offline world has only bad weather, drug addicts, renovated houses, and boredom to offer. The kids are restless: using a dozen apps, making funny faces while delivering their biometric data and genitalia to the cloud, rating grime videos, watching snuff videos, and laughing at naked classmates. A girl tries to kill herself with drain cleaner because she received too many negative comments about her unequally sized breasts.

There is a danger that the narrative might merely veer toward that of a nagging parent – like Charlie Brooker’s Black Mirror TV series – about how “bad” phones are. There is a subplot that could resemble the series in which Hannah’s father, depressed due to the death of his wife and failing business, finds solace in “Dream Island,” a website for a suicidal “community” who encourage each other to carry out the act. The website is run by a man named Thome, a curious right-libertarian character modeled on a mix of Dominic Cummings and Robert Mercer. His life is similarly inchoate; his mother died of cancer, and his father smoked opium and had an S&M fetish with Viagra. The company resembles Cambridge Analytica, and he finances an online paper that publishes staged videos and photos made by students, working with faked iris scans and fingerprints. Thome hates his life, his father, and the world. In another bizarre plot twist, Karen manages to become a doctor after sneaking into medical classes, eventually discovering a world where celebrities such as Bill Gates, Margaret Thatcher, Cara Delavigne, the pop singer Adele, and Mark Zuckerberg are being cloned and have a life expectancy of one hundred (p. 559).

GRM: Brainfuck is a hysterical read, at times a bit too close to the reality we are currently experiencing. One wonders whether if today Berg’s brand of humor can be seen as mere nihilism, or even anachronistic. Nonetheless, Berg is also obviously engaged with the book’s topics, having obsessively researched the material, and even collaborating with a fourteen-year-old Grime rapper – T.Roadz, from London – for a tour of a live theatrical performance of the book. While fellow Gen Xer Brett Easton Ellis will shrug and robotically answer, “I don’t care” in his White book, Berg feels more convincing, funnier. She deliberately focuses on societal fears in a similar manner to the way in which Hitchcock or the “X Files” did, to capture the public imagination (or what’s left of it), crafting a work of fiction that can take one out of an anxiety-induced paralysis into feeling something.

Steven Warwick is an artist, musician and writer. He lives and works in Berlin.