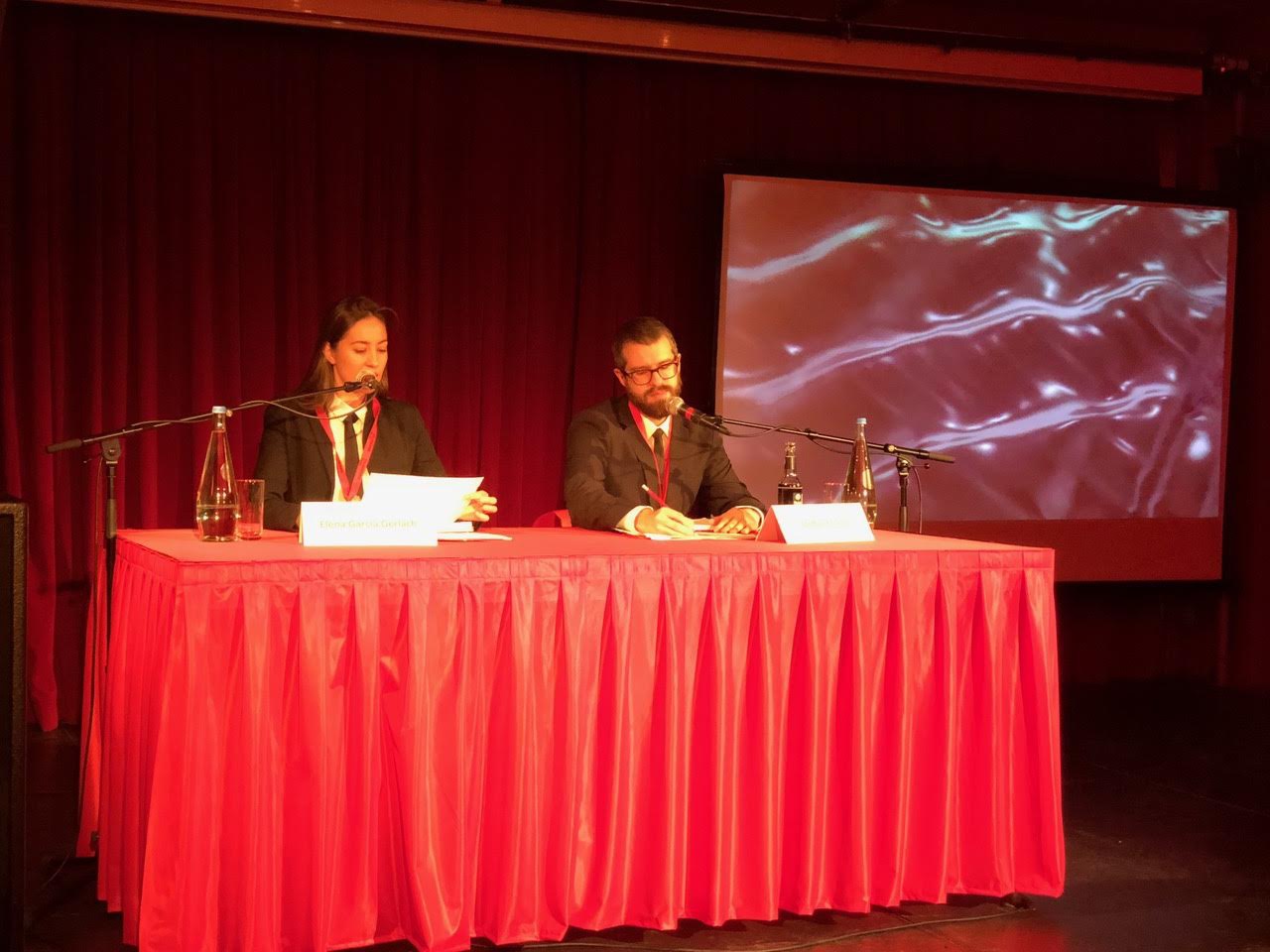 Let the Brexit emigration begin! Berlin recently hosted two events to celebrate the German translation of the polymathic penman and part-time artist Tom McCarthy’s latest opus, Satin Island. To herald the publication of McCarthy’s novel for a German audience, both events took place at the embattled Volksbuehne, and Texte zur Kunst contributor Ben Caton was there to report on the arrival of a British exile on the hallowed ground of Rosa-Luxemburg-Platz.

Tom McCarthy’s novel “Satin Island,” published first in English in 2015 and now in German translation (by Thomas Melle), is the story of U, the book’s narrator, a corporate anthropologist who works for an influential consultancy known as the Company, led by its charismatic founder, Peyman. U is one of countless specialists taken from every analytical field and employed by the Company for the insight they offer into human thinking and behavior, and his particular specialization involves appropriating concepts from such prominent continental thinkers as Gilles Deleuze and Alain Badiou and applying them in the service of the Company’s clients, these ranging from individuals to companies to national governments. Charged personally by Peyman with producing what is referred to as the “Great Report” – a task of immense significance, but one whose exact nature and purpose are yet to reveal themselves – U spends his days compiling a series of dossiers on seemingly random themes of his own choosing, chasing thoughts down rabbit holes in his head and online, with only occasional moments of insight punctuating an otherwise fruitless endeavor to discover some overarching structure(s) of meaning within the endless flows of information. He also dreams of creating what he calls an “anthropology of The Contemporary,” or the present moment, a kind of covert operation in which meaning is both extracted from and fed back into its field in real time by a network of anthropologists operating undercover. The novel follows U’s progress as he rises through the ranks of the Company as it is awarded and begins work on a contract with a mysterious organization whose purpose, while remaining opaque, seems to involve some epochal and supranational infrastructural restructuring project. 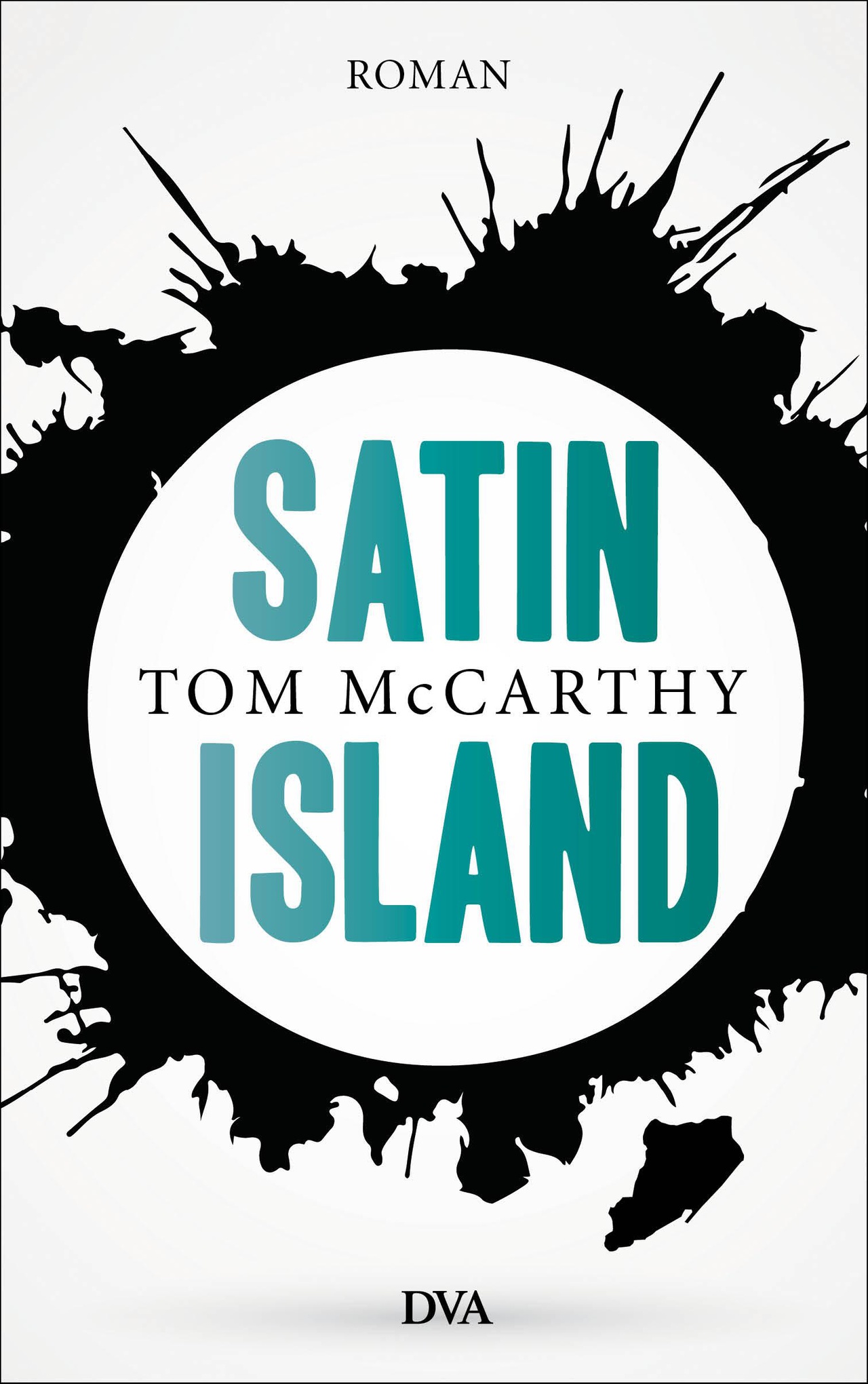 McCarthy’s book and its themes were given some close attention recently in a two-part event held at the Volksbühne’s Roter Salon, organized by the philosopher and theorist Armen Avanessian as part of his “Armen Avanessian and Enemies” series. The first evening saw the book read uninterrupted and in full over a period of some six and a half hours by three actors. The event itself was staged as a corporate presentation taking place within the Company, with audience members handed ID cards on lanyards and branded stationery featuring its logo, a ruined Tower of Babel, upon arrival. What at first threatened to involve (or demand) full-on audience participation, however, turned out to be a fairly standard reading, with further immersive elements limited to a work meeting-style tea and coffee spread (with Babel-branded biscuits) and a projection showing a digitally generated loop of flowing, rippling black oil (a recurrent motif in “Satin Island”). These touches aside, though, it is hard to imagine an environment more different to the one described in “Satin Island” than that of the Roter Salon. The world presented in the novel is a proliferation of surfaces (or substrates), with glass reflecting screen reflecting reflection, ambiguous and limitless. The Roter Salon’s surfaces, by contrast, have absorbed so much meaning over the years as to be sodden with it by now, its heavy velvet curtains physically dry but semantically damp, so to speak. The reading itself (in German) was a slightly strange affair, in that it seemed to make no attempt to match the tone of the original text, with one actor in particular taking his performance of it close to farce at times (not entirely unsuccessfully, it must be said). As such, the necessary differences between the linguistic sensibilities of the original and the translation were magnified, and the dry and detached narrative voice of the book’s narrator lost in a particular kind of German performativity (or a particularly German kind of performativity) that left no room to forget the history of the Volksbühne and its place within the wider history of the city. Those seeking to experience the kind of internationalized millennial corporate culture described in the novel would have been better advised to pay a visit to one of the many bars lining the nearby Torstraße.

The second event, held the following evening, comprised a group discussion, hosted by Avanessian, between McCarthy, curator and writer Clémentine Deliss (who appears in fictionalized form in “Satin Island”), and Sina Najafi, founder and editor-in-chief of Cabinet Magazine. The frame of the discussion was nominally posed around the question of whether and how it is possible for avant-garde and radical movements to resist their recuperation into capitalist systems of exchange, or if the relationship between the two exists as some sort of interminable feedback loop. Conversation centered on McCarthy’s novel, skipping between ideas drawn from the fields of anthropology, philosophy, and literary theory. An important reference point in the book is Claude Lévi-Strauss, a figure whose work, though rooted in anthropology, has been influential across all three of these fields, and there are two related ideas taken from (or in reference to) Lévi-Strauss that each form central concepts in “Satin Island” and offer a way into the book’s place within a wider, more explicitly theoretical context.

The first is the Enlightenment belief that an overarching and universal grid of meaning, while seemingly elusive, is ultimately discoverable. This constitutes anthropology’s central drive, according to U/McCarthy. It contains a double bind, however, in that the anthropologist is condemned, by the very nature of their discipline, always to arrive too late to encounter that which they are determined to find, since we humans form meaning retrospectively, with lived experience always preceding its interpretation. By the time we come to make sense of an “original” moment or experience, it has passed. This introduces the second idea central to the book, that of buffering, a concept whose relationship to the philosophy of Avanessian and co. [1] is neatly illustrated in a passage describing the ontological implications of a frozen YouTube video; the video’s cursor a stand-in for our consciousness, its progress contingent on the buffer of our lived experience. Buffering, here, is the point at which our consciousness of experience catches up with experience itself, and the narrative with its subject. Both of these ideas speak to issues on the intersection of philosophy and technology that count as some of the most contentious of our time (particularly in light of the political developments of the last few years), and indeed, the world presented in “Satin Island” can be seen as neither utopia nor dystopia, though it plays with elements of both. The general message seems to be that the kind of overarching intelligence that has been pursued in various forms since the Enlightenment will now, through technology, finally be possible, but it will be external and alien to us, and so the question for us as humans is how we access and make meaning out of it. It goes without saying that these ideas are worthy of discussion, and it would be hard to disagree with Avanessian’s assertion that McCarthy’s book opens up and makes accessible ideas from a branch of thinking that can seem extremely daunting to the uninitiated. On this particular evening, though, in the week of the Cambridge Analytica revelations, given the overlap of that real-life organization’s activities with those fictional ones of the Company (with one anecdote in the book even involving former Nigerian president Goodluck Jonathan, now implicated in the CA scandal), and with fears about Big Tech and the kind of transitions of power described in the book growing among many, the elephant in the room was the way in which the soft power of the semantic and the speculative is being concretized and consolidated into hard power, here and now.