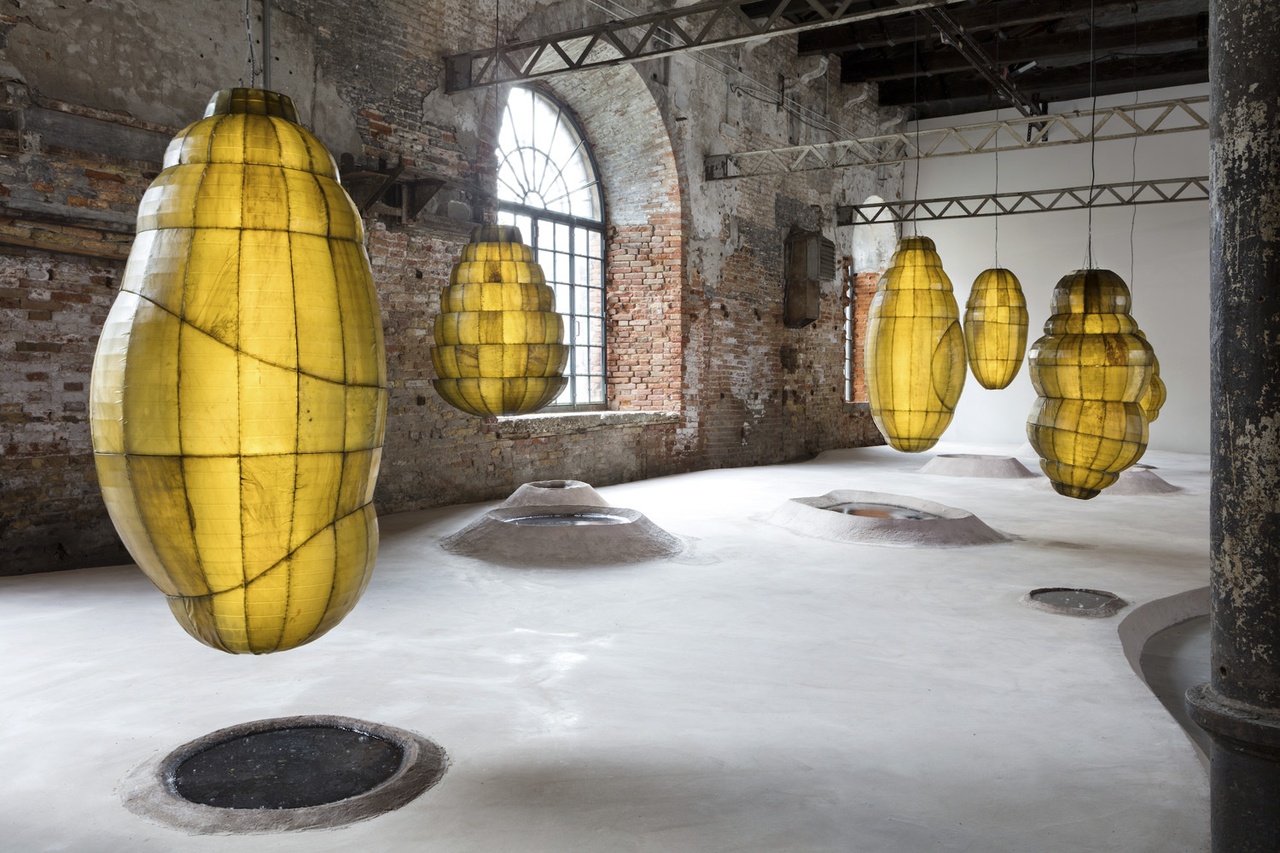 As a city built upon water, Venice has always projected a dual image of enormous cultural wealth and physical precarity that has at times provided a useful reference point for works appearing in the Biennale. But as annual flooding in the city approaches unsustainable levels, the long-term viability of both Venice itself and of international art tourism more generally is being seriously called into question. Niko Vicario visited the Biennale in its closing weeks and found himself wading through murky waters both literal and figurative.

I visited the Venice Biennial, titled “May You Live in Interesting Times,” at the tail end of its run, in November 2019, coinciding with the city’s acqua alta, which saw large parts of it temporarily inundated by flooding. This is an annual phenomenon but has proven particularly extreme in 2019, three of the ten worst floods on record having occurred in just one week, as it happens the week of my visit. Venice is notoriously sinking, built on precarious infrastructure and surrounded on all sides by a lagoon. Rain and tides, not least affected by the full moon, affect the water levels and so too does climate change contribute. The highest known acqua alta was in 1966, the same year that Robert Kennedy uttered these words: “There is a Chinese curse which says ‘May he live in interesting times.’ Like it or not, we live in interesting times. They are times of danger and uncertainty; but they are also more open to the creative energy of men than at any other time in history.”

As other critics surely will have acknowledged, biennial curator Ralph Rugoff’s theme is a bit of a cop-out – “interesting” is a term approaching meaninglessness. As cultural theorist Sianne Ngai has asked: “Is it simply that interesting is academic politesse? A way of making the least obtrusive, smallest possible claim of value for the object at hand (that it is, at least, worth the attention we are paying to it)?” Ngai understands “the interesting” as intrinsically linked to the industrialization of literature in the 19th century. Within a field flooded with cultural products, calling one of them “interesting” implicitly acknowledges the many other possible things to read or see. But the biennial’s title, read through Kennedy’s quotation, does suggest that the looming problems currently facing the world also provide opportunities for “creative energy” to be unleashed. Much as it is debatable whether these times are more “interesting” than previous ones, it is debatable whether our art is more “interesting” than that of previous periods. Geopolitical crisis, poverty, racism, misogyny, and ecological catastrophe – all engaged with at some point in the biennial – are neither new nor historically specific to our age, but the degree to which artists, curators, institutions, critics, and other publics take them seriously as worthy triggers of “creative energy” does wax and wane, like the water currently flooding the Piazza San Marco. 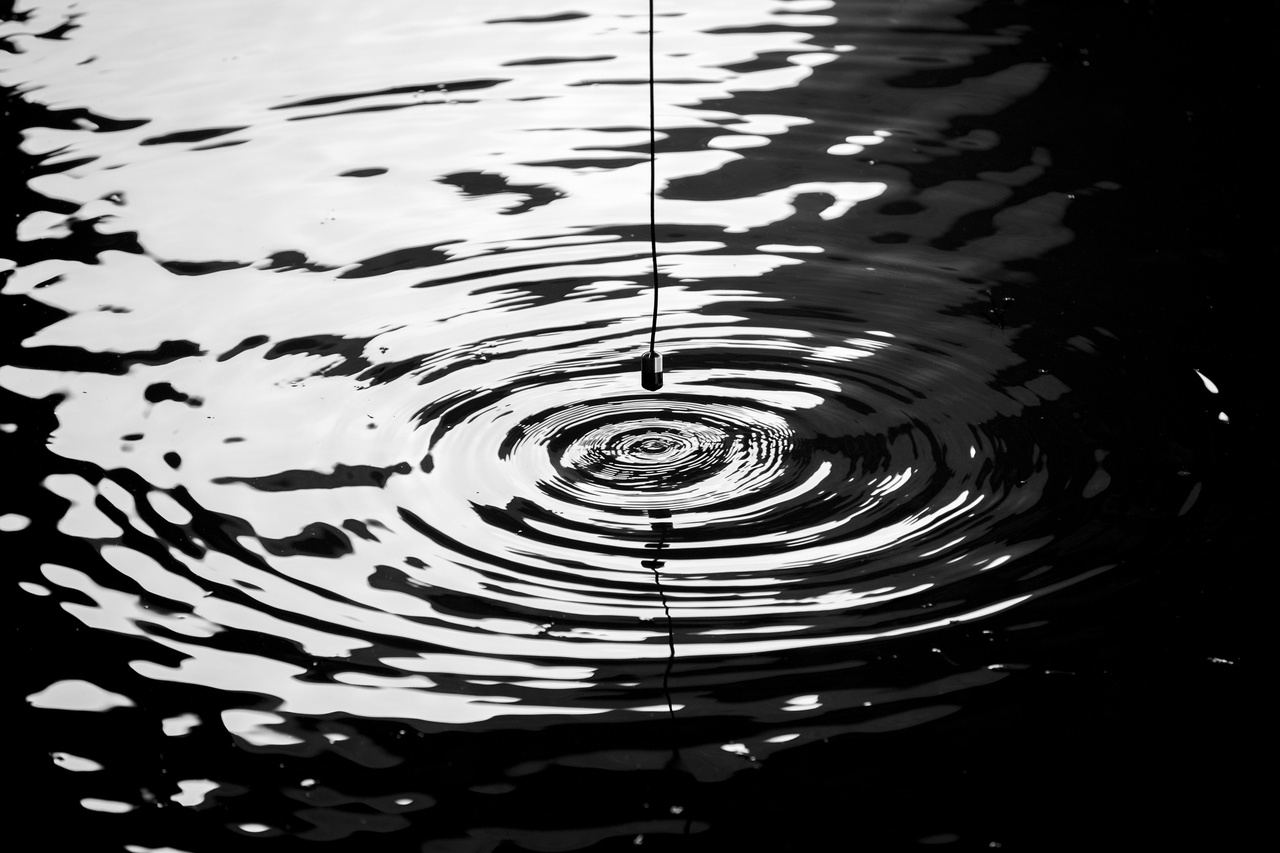 In light of the acqua alta and its 2019 extremes, let me consider a few works that engage, to varying degrees, with Venice’s particular environmental realities. There is Hito Steyerl’s video installation This Is the Future (2019), with elevated walkways reminiscent of those placed on Venice streets during the floods, across which visitors move between screens. There is the work by Anicka Yi, Biologizing the Machine (tentacular trouble) (2019), featuring kelp fronds that evoke Noguchi lamps and the watery ecologies, Venetian and elsewhere, from which human life emerged. The “animatronic moths” flitting in silhouette inside Yi’s glowing kelp pods suggest a parallel to Steyerl’s screens – the aqueous is hybridized with the automated. There is also Tomás Saraceno’s Acqua Alta: En Clave de Sol (2019), a work at the margins of the Arsenale, in which shifting water levels provide a score for a sound piece that reverberates across the opaque green surface of the lagoon, using Venice’s own flooding alarm system of siren calls as raw material. Questions of sustainability – including the carbon footprint of shipping works of art, artists, and cultural tourists from all over the globe to Venice – remain largely outside the frame of the exhibition.

The principal biennial venues closed for only one day, in the wake of a particularly severe acqua alta, though specific national pavilions were shuttered for the remainder of the exhibition’s run. As has been widely documented, a range of cultural sites (museums, churches, etc.) and various businesses have remained closed due to water damage. On November 14, Venice’s mayor declared a “state of emergency” and asserted that it was climate change that had caused this nearly record-breaking level of flooding. An acquaintance visiting Venice at the same time as me wondered whether she should have come at all, contributing as her presence did to the further sinking of the city. Jet-setting was fingered by a number of media outlets as a source of fossil fuel emissions contributing to climate change, and thus in turn to the death of Venice. Tourists like me, who made the trip despite spectacular images circulating on the internet of the Piazza San Marco underwater, could be seen as model agents of environmental devastation, unfazed in our desire to travel the planet on our quest to consume global culture in its most elite manifestations. The plastic shoe-covers or rubber boots available on every street corner make it all more than feasible. At the same time, we might note that images of Venice under water (or of Notre Dame Cathedral on fire) solicit strong affective responses in the name of “Western culture” and its potential destruction, drowning out cataclysmic events that have led to massive losses of life, both human and non-human. There is a sense that Venice should survive and remain intact, should outlive us all. But this too is part of the culture of “the interesting” that Ngai analyzes, transposed to an era of social media clickbait. Ultimately, seeing the biennial during the acqua alta surfaced a strange hybrid of emergency, ruin value, and cyclical recurrence, the multiple temporalities of an exhibition, a city, and a planet ruled by the tides.

Niko Vicario teaches the history of contemporary art at Amherst College. His first book is coming out with the University of California Press in spring 2020.