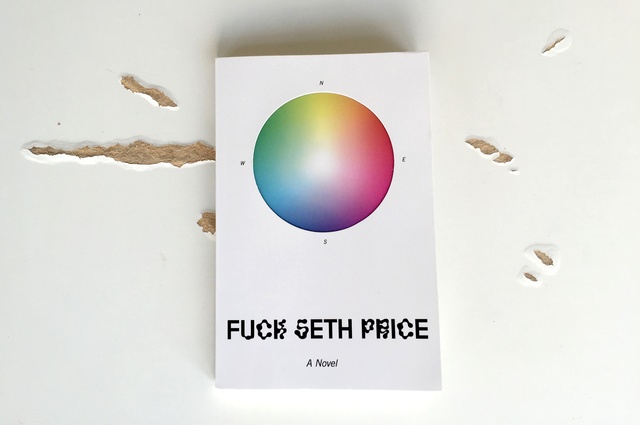 „He found himself carrying out strange and horrible acts: murder and abduction, most disturbingly, but also other furtive activities that he couldn’t make sense of. Through all of this he was able only to watch, resigned to imprisonment in his physical machinery, his mind turning over slowly like an idle hard disk. This certainly afforded him plenty of time to figure out exactly where things had gone wrong, and he came to blame his obsession with ‚keeping up‘ – with technology, with the young, with the culture [...].“ [1]

A few years ago, I was sitting in a bar with Peter Fischli, heatedly discussing the work of Seth Price. Our euphoria turned to anger and back again many times: anger towards a system whose ostensible balance and narrative technologies seduce its observers only to make rubble of the sphere of the self – something most of us have probably experienced within neoliberal capitalism. Our mixed feelings eventually reached consensus: “You know what? Fuck Seth Price!” – which, before we left, I scrawled in marker on a lampshade in the bar.

In Price’s novel “Fuck Seth Price,” recently published by Leopard Press, his protagonist speaks as the spirit of a contemporary artist displaced from his body. This stream-of-consciousness being, who guides the reader through the novel, can be described less as a person than a mode of thought – one arising from the survival strategies of a post-September 11 / pre-2008 crash New York and the economic conditions by which that time was defined. Transposed into the third person, this artist-entity reflects on the conditions of artistic creation. But instead of potential for autonomous self-expression, it only finds complete immersion in capital, within which form and content are made to function as variables, determined by nothing other than economic demand. 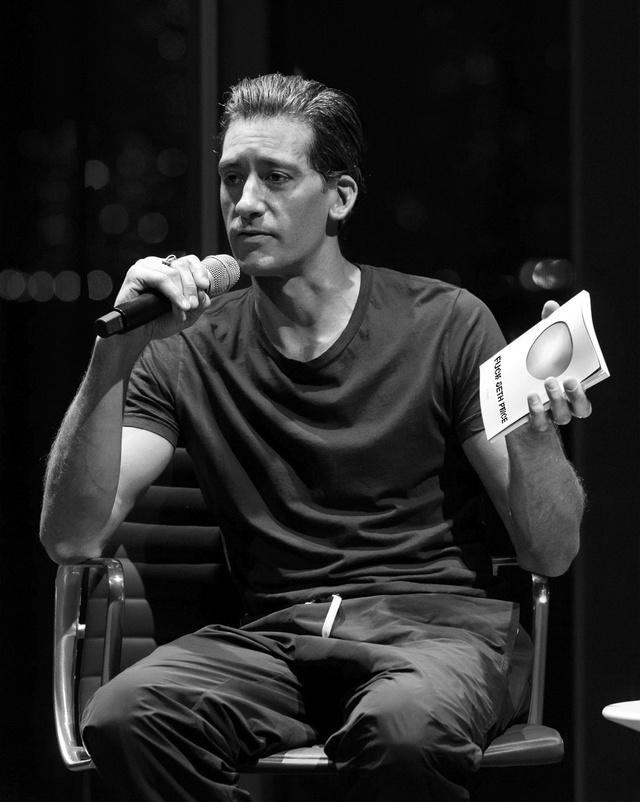 For the most part, the body is absent, its actions being carried out in compacted space before the narration drifts back towards inner monologue: operating computer terminals, highway racing, even miscellaneous break-ins into various premises, and the murder of a young male sex worker. The actions are not typical ones for a contemporary artist, but rather serve to evoke the atmosphere of a Science Fiction novel. It is an aesthetic that Price has, true to the genre, often used as an analogy for the reality of now – and also to avoid the danger of a producing an all-too-social realism.

Price’s protagonist is presented adrift, circuitously moving within his own mind; so brilliant in his analytic power that each thought necessarily produces the next. Despite this, the being remains as lacking in direction as the compass on the novel’s cover, wherein the needle-grid has been replaced by a field of diffused color. These are phenomena that popular science and contemporary theory identify as repercussions of the impact of technology on our psyches, a fact that the protagonist is, in turn, aware of. Thus his erroneous belief that he can desubjectivize himself by the force of his own analytic power becomes the novel’s most violent motif.

The voyeurism of “Fuck Seth Price,” to which the reader acclimatizes, taking it as modus operandi, is reinforced by the text’s enactment of an autographical narration. This climaxes in Price allowing the reader to co-experience, as if in real time, the genesis of the very artistic creation they behold – for example, when the protagonist reflects on the formal conditions required for a novel to function as art practice. Empathy emerges (or is purposefully triggered as a special effect) exactly during the moment in which a correlation between the sociopathic body and the spirit is diagnosed. It is the same form of empathy that today haunts social media, wherein human proximity and spatial/temporal remove are depicted simultaneously, and where we are caused to deem everything “personal” or at least to understand everything as though via the self.

But who does this empathy belong to? Or rather, who fucks Seth Price? 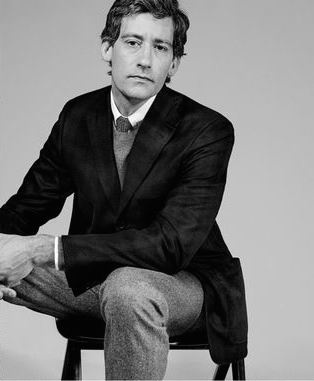 The discourse in and around the present publication has dealt extensively with figurative patricide, with the Bad Dad figure, which, as Caroline Busta recently noted, need not necessarily be identifiable as male. [2] Price thus acts in his book as something more like a Bad Mom; as someone we want to trust but who doesn't necessarily act in our interests.

This is not so far from an Oedipus complex, which the psychoanalyst Melanie Klein located not least in the effort of the child to adapt the contents of the mother’s body to their own. Price is aware of his influence on a younger generation of artists, a generation that venerates him as a mother figure and wants to assimilate him into its own thought. At points, the book takes on the style of a self-help guide for young artists and the identification that ostensibly results from this only assists Price in his objective: the further redistribution of his work.

Despite Price’s exacting self-diagnosis, the question of how he himself acts in relation to his own mother figures remains open, especially given the fact that there is an almost complete absence of female figures in his book. This could be justified as a decision to mirror the unfortunate reality of canonical art history. For me, there was nevertheless a nagging question as I read: If the book identifies Pop art as a kind of folklore within US capitalism – then where is Sturtevant?

After all, her practice – alongside the revision of appropriation art of the 1980s – links seamlessly to Price’s work. The relationship between Sturtevant and Price bears similarities to that of cybernetics (as one of the disciplines of thought revered by 1960s counterculture) and the system-immanent power that it represents today, now reversed and turned against us. In other words: Price takes a practice from its utopian context and transfers it into a dystopian present, echoing Sturtevant’s own moves with her last major work “House of Horrors” (2010). Thus the magic vacuum outside of the circle becomes the gaping emptiness within the self.

Still, it would be false to categorize Price’s practice in terms of the currently (though when is it otherwise?) fashionable intellectual horror vacui (art overloaded with language about “empty contemporary lifestyles”) or their more potently marketable flipside (empty art for contemporary lifestyles). As noted earlier, Price situates his practice within the redistribution of his own work (see Price’s ongoing piece by this title, 2007–). Yet as Price rightly recognizes, this kind of redistribution – at a point in one’s career in which a practice has been canonized to the extent that Price’s has – perhaps no longer means working on structural relationships between image and text but rather, on the direct manipulation of the observer’s perception.

Price thus reframes his educational bildungsroman into something wherein teaching works as a poison. Perhaps it is important to note here that this parable of self-reflection and psychosis is written with such unbelievably good humor, uncalculating command of style, and love for literary history as would only be possible via the words of someone who, despite his liaisons with the market, the observer, and art, still writes with the aim of preserving his autonomy. According to this, the Outside would be, as Sturtevant has already suggested, something that can always only exist within our collective self. 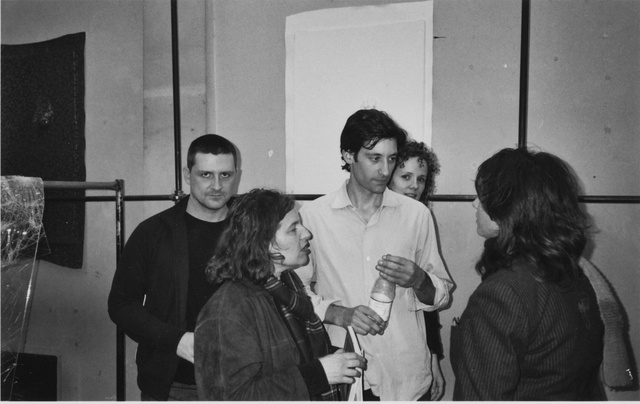 “Fuck Seth Price” is not the latest text from this artist, who writes and publishes continually. In contrast to many of his contemporaries, who tend to furnish their work with footnotes, he has, one might say, always authored his works as footnotes to his texts – or, more precisely, as products that, as works, can stand in as a surrogate for the text. While the presence of a footnote conventionally suggests that the actual conversation is taking place elsewhere (in another piece of writing or within the material, within the 100-mile radius of a local farm), the footnote in Price’s case becomes the primary textual body. Perhaps it is within this space that one can find something approaching a reconciliation of body and spirit.

Tobias Madison is an artist based in Zurich and Los Angeles. A solo show of his work, "das blut, im fruchtfleisch gerinnend beim birenbiss" is on view through April 24, 2016 at the Kestnergesellschaft, Hannover.

The original German version of this text appears in print only: TZK Nr. 101 "Polarities"