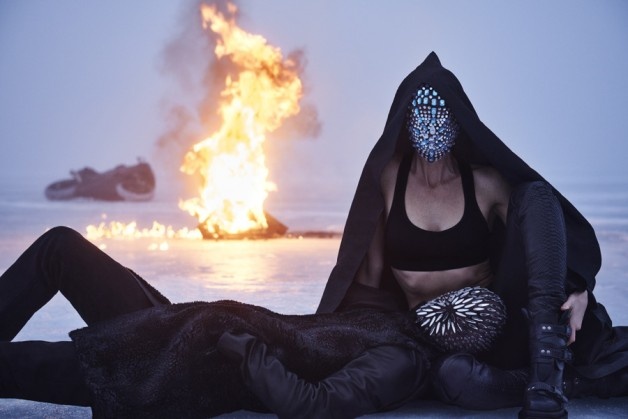 When this text was written, ca. 2006-07 for issue #66, the notion of "community" in an art context had become mired in neoliberal relational rhetoric. As artist Nicolás Guagnini observed here, community generated by art almost never has revolutionary potential; such a community is nearly always false. How, then, is a veritable community, including our own, distinguished from the mass? A decade later, Guagnini's answer appears only all the more apt: the common denominator of the impossibility of understanding what the other [group] lacks.

This ubiquitous word has become a sine qua non in press releases, institutional mission statements and applications. It seems to signify by default a usually undefined political commitment, and it bestows over the cultural production it describes or qualifies a mystifying air of legitimacy, quite beyond the unsolved problematic around “identities” that dominated the discourse in the past decade.

The maximum expression of this ideological tokenism is when a work or exhibition not only addresses a community but “generates” one. This common and not communal occurrence is attributable to the application of art’s autonomous status to generate illustrations of sociopolitical questions in a pseudo-open participatory form.

This use of the community is vaguely encompassed by the ultimate adjective derived from the communitarian aspiration: “relational.” Thus, partially under the umbrella of serving the community, everyday life becomes the subject matter and the content of autonomous – and saleable – art. The opposite of a critique of everyday life: its ultimate objectification as “art.” Relational aesthetics effectively manages to make “the community” a product.

The socioeconomic relations that allow for the conditions of existence of whatever community is generated are obscured or ignored. The relevant social issues that justify the correctness of the proposed set of relations can be isolated and examined precisely by virtue of the autonomy of the arts, even within the cultural sphere, which generate those uncritical conditions. The relational never even threatens to get out of hand, in any sense. It doesn't want to, and can’t, effect change at any political level, molecular or structural. It never gets truly boring or sexual, as happenings did. If anything, it is not open ended: the “relations” are defined, hence the outcome has a limited horizon. Defining parameters of behavior is as essentialist as defining the relationship between surface and object in a painting, whilst it is surely less utopic and more self-defeatist.

The “experience” of the relational is ontologically not very different from glimpsing at an Old Master or a Modern Master while some guide babbles inanities, or a disembodied headpiece plays a discourse as you stroll from room to room of a Museum. We go to an “art space” and are told, directly or indirectly, what to do and think. Ironically, openings with their codified and choreographed sequence of social interactions, are somehow more unpredictable.

From the autonomy of the art object to the autonomy of the whole cultural sphere of “the arts,” the conquests of the bourgeoisie in the direction of aesthetics – an autonomous region not ruled by the Prince nor by the Church, as the much despised Kant had it – have been under fire for half a century. But no matter how radical or heroic aesthetics denounce of such critiques, how astute or personalized the analysis, they can at best provide a model to explain exactly why your oppression as a bourgeois artist and intellectual makes you an accessory to that very oppression.

Whatever your production, it will be reified and instrumentalized. The spike in the instrumentalization of the communitarian impulse is the most visible recent sign of this irreducible double bind. Whether the enactment of this contradiction without an attempt to break it is innocent or cynical remains to be seen.

What's left is then to address what exactly defines “our” community, that of the privileged producers and consumers of objects, discourses and services associated with “art.” The so-called art world.

Since Giorgio Agamben (involuntarily guilty of this late fashion through his notable “The Coming Community”) seems to have been replaced as this summer's philosopher by Rancière (and I anticipate “community” being replaced by “spectatorship” in the updated lingo of next season), let us turn to one of the few contemporary philosophers not yet utterly spectacularized though his work has already been widely discussed, at least in Europe: Jean-Luc Nancy.

His tentative definition of community, which could apply to “ours” is that what we have as a common denominator is the impossibility of understanding what the other lacks. Nancy expands this concept – oversimplified here – taking from Bataille that communication (the other great social realization of the “common,” preeminent in the art of the late 60s – in that sense there is indeed a positive realization of dehierarchical communication in the communities that the Internet generates) implies a gap between the one and the other, and calls it “the gap that touches.”