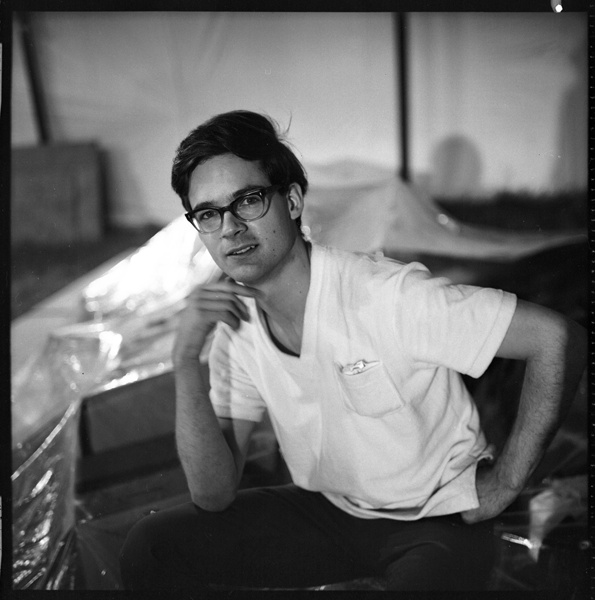 I’m having unsteady, drifting thoughts as I try to say something here about Tony Conrad, an artist and very dear friend whose passing has been immensely difficult for all those who knew him. Something Tony might have asked me right now would have been: “Who picks up a Texte zur Kunst!?” He often did, taking it in among the wildly diverse readings that informed his thinking and his cantankerous undertakings. In his half century of art activities, he moved very actively between disparate artistic communities and their stratifications – inside and out, fringe and center, seemingly never stuck in a single scene – ­suggesting that his was a different kind of organizing principle, a different core pursuit. Likewise, he never worked the kind of stable position that allowed assuredness to seep in. (I remember him more than once pantomiming the cow-milking motion while describing what it is to capitalize on one’s own novelty.)

As his 1970s work began appearing in art galleries and museums around 2005, he veered more overtly into the orbit you are presently holding. That the “Yellow Movies” [1] (1972–73) were the billowing sails that spirited him into the contemporary art world was not lost on him. And it was through his own reappraisal of these pieces that he reckoned with contemporary painting discourse, relational aesthetics’ transitive reading of art as service, and the tale of the works’ own near-mythological status and rediscovery from the perceived shadows of the film underground – setting these factors as new givens for his ongoing work.

Applying his own dexterously shifting interrogations, Tony worked insistently for decades to dress down the constructions and suppositions that allow art to propel itself though narratives of formal radicality, the kind of adjectives generated to attest to what an artwork does and what happens to its imagined viewers. Implicit in this was Tony’s deep suspicion of the normative within any self-conscious avant garde. Much Conceptual art, for instance, appeared to him as a sanctioned rehashing (with the buy-in of institutions and critics) of earlier, more overtly problematic efforts with which he had proximity and in which he had participated. The same held true for him with “so-called minimal music” (his wording) and his grappling with how canons and art worlds formulate, grow, and self-replicate. Tony’s work, while it undoubtedly contributed to the definitions those canons adopted, intensely protracted the terms to an extreme degree through his own use of very long durations – so much so that his approach might be more aptly characterized as pathological (toward medium, form, or culture), designing abjection (and objection) to contend with more conventional notions of progress.

It must be remembered that, from the start, Tony had gravitated to the least institutionally defined art forms – experimental film and music. Opportunities such as music commissions or exhibition invitations were not fundamentally a part of his art practice, and indeed there were various points in his career when he had no fixed audience, no assumed critic to “get” his innovations. So his efforts emerged in much more local, incidental, homegrown scenarios borne from his own sense of cultural tinkering and indigenous investigative tendencies. His experiments rarely yielded definite outcomes (nor, as one might imagine, any income) but were instead open-ended systems in themselves. Many of his larger-scale productions, meanwhile, took on a state of permanent incompleteness. One might think here of his various film projects of the 1980s, which took on such archetypes as the family, the prison, or the military to define both their subject and their formal working methods of production, as well as their relationship to an audience (such ramshackle parodies saw him align with the likes of Ericka Beckman, Tony Oursler, and Mike Kelley). As such, his trove of work and personal history constituted, very actively for him, a mammoth array of demonstrational objects, each forged in its own highly specific historical and social context (scene), but which could be yanked out and examined to reveal both a particular place and time and their own instantaneous estrangement – what gets projected as fantasy and fact and how ideas and art activities readhere to ever-evolving contemporary concerns.

While his later art exhibitions, such as “Beholden to Victory” (2007), “Invented Acoustical Tools” (2012), and “WiP (Women in Prison)” (2013), offered the culminating forms for many of his more unwieldy and unbounded major works, for years it had been his live film and video screenings that were the show-and-tell extravaganzas by which he could regale his audience with unexpectedly bewildering gems. One of Tony’s many passions was revealing what’s already implicitly been decided for us well before the first film frame is shot or the opening note of music is penned, making visible the signs of control he identified as being deeply hardwired within artistic tools themselves. For him, devices – whether a modular synthesizer, a violin, a projector, a can of film, or a movie theater – are already their own (and therefore somebody else’s) compositions. So his work, he felt, would need to employ absurdist means to sidestep such inevitabilities. For the same reason, he often turned to foundational cultural histories – Galileo’s methodologies, Brunelleschi’s perspectival architectural constructs, the cosmic-musical notions of Pythagoras, or the modern orchestra’s militaristic formation by Jean-Baptiste Lully – in order to excavate how power, influence, mysticism, and other particular forces evolved to shape our present art forms. An oppressive, faulty foundation might be postulated anywhere, and from there he could extrapolate and stage the roads not taken, imagining through his work what an alternate form might look or sound like had these histories or philosophies played out differently.

It’s fair to say that notions of cultural authorship and its differentiation of roles (the spaces between a composition, its creator, and its receivers) were already at work in Tony’s earliest forays. His first film, “The Flicker” (1966), for example, composed of varying frequencies of stroboscopic, alternating clear and black film frames, acted directly on his audience’s physiological reactive systems in overtly aggressive ways. So too was this the case with the music he made within the Theatre of Eternal Music (La Monte Young, Marian Zazeela, John Cale, Angus MacLise, and himself), which, forming in 1963, purposely sought to induce psychedelic, hypnotic trance states and aural hallucinations. Moreover, these productions offered a means to explicitly “dismantle” the artist-as-author, relocating the creative moment to the body of the receiver, chucking authority over the transom. 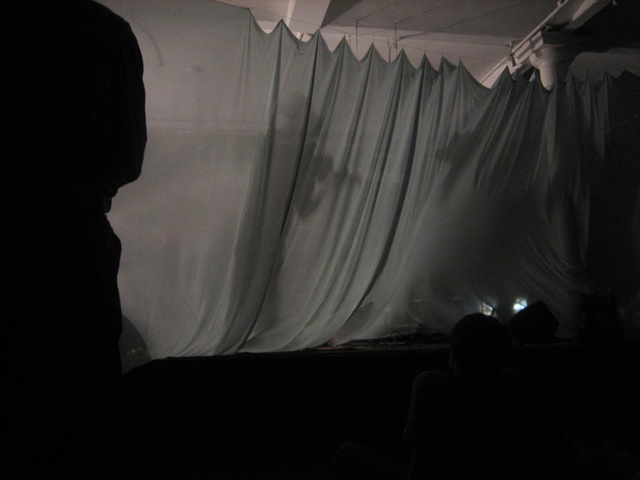 One of his major music projects, “Early Minimalism,” [2] came starkly to light in the early and mid-1990s – after some thirty years in the making – as a work of overt protest. Denied access by La Monte Young to the sequestered recordings of the Theatre of Eternal Music due to contentions over their authorship, Tony was compelled to go back in time, month by month (April 1965, May 1965, June 1965) and, from this place of memory, to recompose and record new music that posited itself as simulations of this impossible-to-hear early work. It was composition-as-recuperation and through it Tony came to claim the entire bundle of convolution, conflict, and cultural imagining – of then and now, and the correspondence between the two – as comprising this “new” work. When, around this time, he began to play live concerts again (after a hiatus of many years), he did so from behind the veil of a white fabric sheet, against which his shadow (projected via a bare light bulb) fluttered and danced as further mythic allusion.

The wily and seductive monolithic beauty of his “dream music” was unmatched, but Tony was no less invested in the tone and delivery of his work, modulating it through a broad spectrum of possibilities, even at times seeking to cultivate boredom or offering displays of overt amateurism, [3] reveling in the capering and fun of it all – this was true both in his art making and his personality. As I came to know Tony and his work more intimately, I experienced something of a recurring epiphany: time and again, on countless occasions, I was struck by how he comported himself with a uniquely comprehensive set of personal ethics that very naturally fueled the disruptive, methodical, and deeply sardonic ways in which he approached so many things in his life and his artmaking. There’s a very early photo of a young Tony Conrad wearing a handmade sign around his neck that reads “Fight the snob art of the social climbers!” and something in that articulation, as provocative and exaggerated as it might have been, rings precisely true to his ethos. The fundamental question that comes to my mind through his ongoing example is, “Is there anywhere to get?” Over and over the answer would be yes because anywhere, truly anywhere, could for him be a place to start. This was astounding to me, like watching someone rub sticks together to spark a flame. But also no, because he never ranked sites. He had made active and real choices at early points in his life to not rely on the validation of dominant, moneyed, power-centric institutions as measures of his own efforts. Resisting that gravitational pull, Tony left a legacy that will reside not so much in the hermetic safety of official archives, but in the dynamic bodies and surrounds of the artistic communities that he imbued with life.

Jay Sanders is Curator and Curator of Performance at the Whitney Museum of American Art in New York.