Alarmed by the stark gender bias of a prominent 1984 MoMA survey of contemporary painting and sculpture curated by Kynaston McShine, seven masked artists calling themselves the Guerilla Girls descended on the New York institution that next spring to publicly demand equal visibility for women in museums. Three decades later, the representation of gender has become more balanced but demands fueled by the politics of identity remain no less fraught, complicated, for instance, by society’s growing requirement to be different in an attention economy where it pays to stand out. To speak to current concerns, we asked three curators, representative of various kinds of curatorial engagement, for a brief statement on the “People Politics” of exhibition-making. How, we wondered, did they view the curatorial tendency to assemble identities rather than works of art?

Unequivocally critical of the notion of “doing politics with identity,” Berlin Biennale 10 curator Gabi Ngcobo, together with collaborator Yvette Mutumba, find in this structural framework a form of “othering” symptomatic of the art world’s myopic perspective of Euro-American power. Yet long-time director of New York’s MoMA PS1 Klaus Biesenbach suggests that every curator brings some kind of idiomatic filter to their position. Indeed identity limits, as Shedhalle, Zurich curator Egija Inzule explains, recalling the evolving positions of former Eastern Bloc artists in the now-encumbered narrative of one-Europe. Still, if identity-based exclusion is a reality, why not actively include and yes, exhibit, based on identity as well? 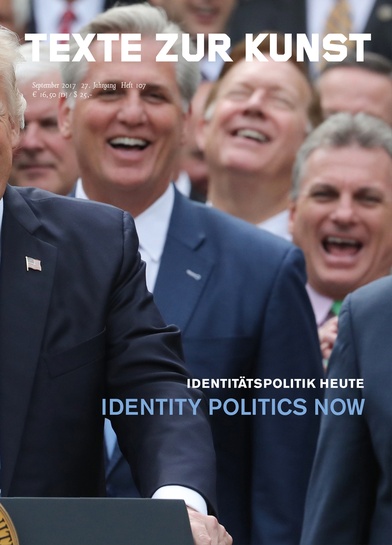