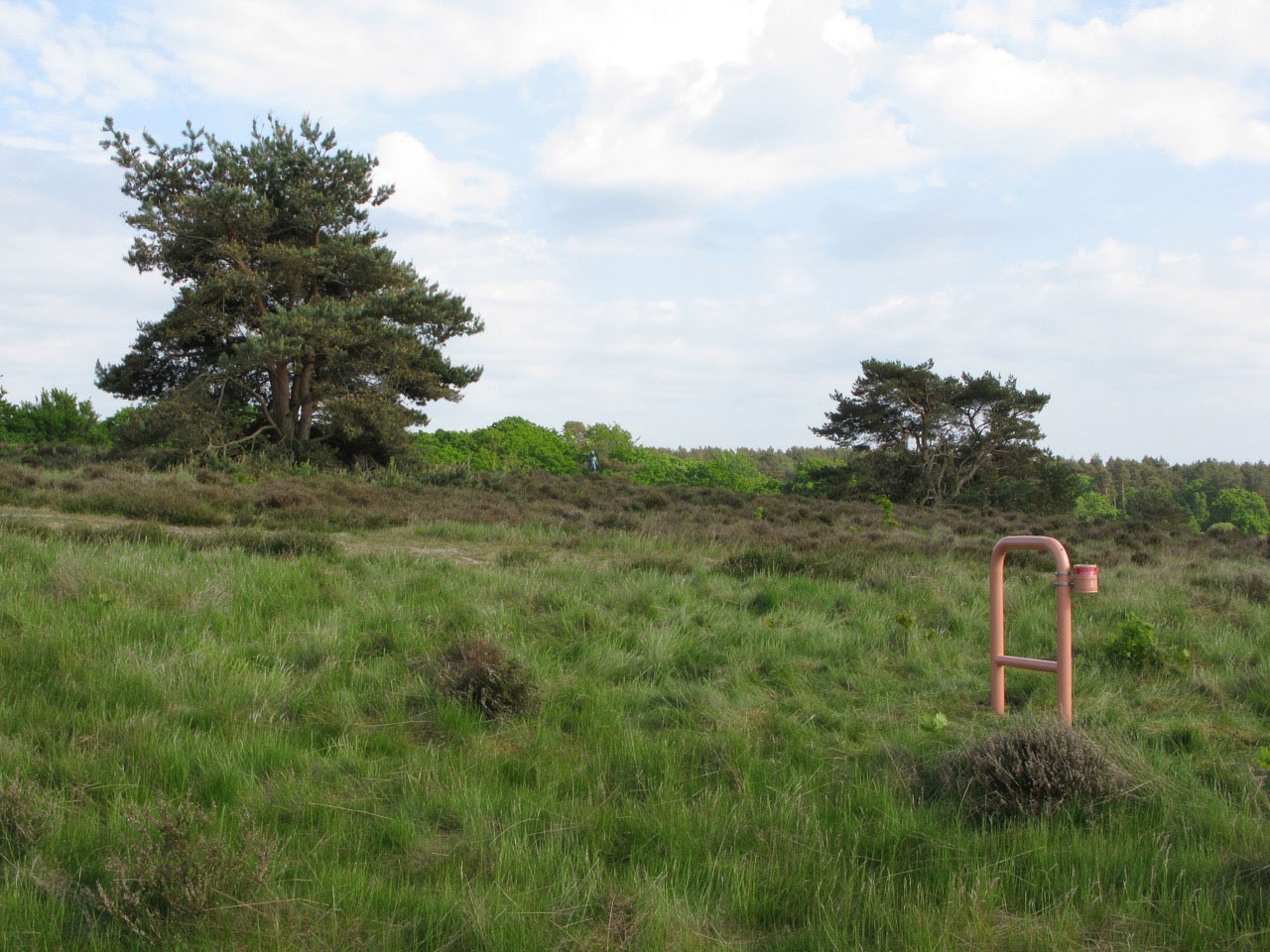 “I believe this to be an authentically senseless chain of correspondences,” or: What spaces come into being when materials and ideas are adjusted and updated? [2]

Part of the chain is:

Land art has retained a reputation for being interested less in people and more in designing nature. Looking at images of Robert Smithson freewheeling along his “Spiral Jetty” composed of rock, mud, and salt crystal, and of him then reaching its end point and staring in utter solitude out over the Great Salt Lake, one has the impression of a person who has reached a path of contemplation. [3] Secluded from museums, media, and masses, transcendence remains achievable – or so runs a creation myth of 1960s and ’70s Land art and notions of the periphery. Meanwhile, historicization has taken precisely the opposite path, asserting that it was actually the supposed distance from economic and social centers that allowed the emergence of new distribution and presentation models for sculpture in public space. [4] Indeed, the images themselves show how Land art’s mediation was always a constitutive structural component; they also show how the deafening noise of the helicopter tousles water and hairdos alike, as the airborne camera’s vertical vantage point captures the entirety of the monumental spiral on the banks of the salt lake. Today’s drone images capture rather more jittery excerpts of space, while Google Earth provides an abstracted view of control from the air; in contrast, the cinematic aerial view as deployed in the documentation of Land art can in fact be understood as the means through which geomorphological interventions into the surface of the Earth were first ever brought forth. This also applies to Heizer’s classic and highly photographable “Double Negative” and to “The Lightning Field” by De Maria, recordings of these works having come to stand in for the actual. Have you ever been to Utah?

The history of “Perimeters/Pavilions/Decoys” by Mary Miss is rather different. “[A] slight mound, a swelling in the earth” was the hardly perceptible “warning” alluding to the existence of the work, as Rosalind Krauss writes at the beginning of “Sculpture in the Expanded Field.” [5] Beyond the mound, a precisely rendered square pit came into view, a small ladder protruding from within. 1978’s “Perimeters” – a temporary installation in a Roslyn, New York park – took place within the land itself, the body forced into the cavity. In an underground structure comprised of huge, untreated wooden beams as used in architectural constructs, a network of gateways, corridors, and towers stretched out “under the skin of the earth,” [6] with viewers required to enter and explore. There are no surface markings under the earth; rather a spatial topography that is only ever partially perceptible, documented only in detail-view photographs and technical drawings. Accordingly, Krauss’s extended field is an abstract space, but thus by no means a non-social one. The longing for interaction, encounter, and even for paranoia is at least as strong as that for eternity; “creating situations where our interior life and the public realm can come together is important to me,” says Mary Miss. [7] 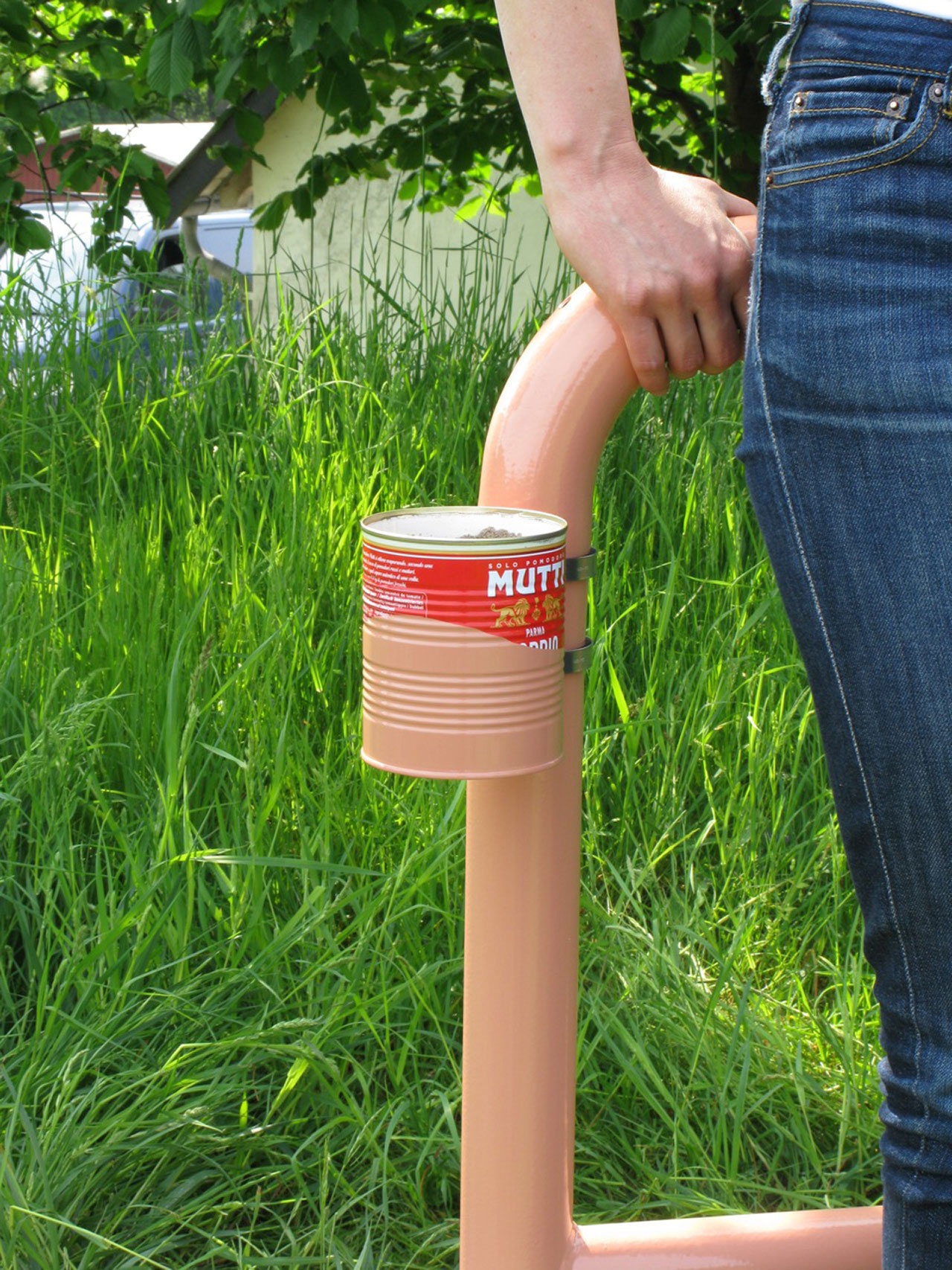 Sculpture is, here, a material-semiotic interplay expressing itself in the social and visual relationships it renders. It functions in reference to its architectonic and institutional placement and to its experience of nature, materiality, and the immediate environment. Atmosphere and presence arise somewhere in-between, belonging neither to the structure of the work itself nor to the bodies moving within it. This reminds me of Luce Irigarays’s concept of being two , as described in “How Can We Live Together in a Lasting Way?”: “The horizontal transcendence between the sexes creates space – spaces, whereas reducing it to a genealogy destroys them or at least fills them up. Of course spaces opened up by difference cannot figure directly in a home because they cannot be represented. However, they can be evoked and raised by maintaining and reawakening difference in the way of dwelling.” And: “In the activity of residing there must be some space fitted out for that which is particular to oneself, and also separate space for approaching the other.” [8] Spatial arrangements can therefore be about maintaining difference, thus achieving the prerequisites for closeness and hospitality. This is why issues of space have, for Irigaray, always been of collective relevance; likewise, she sees the use and transformation of materials via techniques and technology as part of the process. It is exactly here that my connections lay. They reveal themselves in individuating sculpture and in spaces of collective perception, in temporary interventions at the edges of architecture and in expansions of the space at hand, in recycled elements and the use of construction materials, flesh-colored tones, ashtrays, and leather, in the adaptation of historical concepts and the updating of inherited ideas; in the attempt to translate bodily experience into text and in search of visions for a disposed public space. [9]