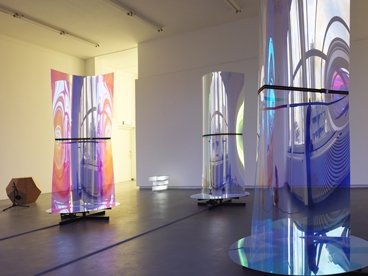 One of the more inspiring catalogue contributions of late in my view is an essay that seemingly does not deal with art at all but with a renewed conception of politics. The text in question, written by Bruno Latour for the exhibition project “Making Things Public: Atmospheres of Democracy”, proposed that the sober-minded reliance on so-called hard facts known as “Realpolitik” be supplanted by a “Dingpolitik” – that is, a form of politics that would see facts not as simple, une-quivocal truths but as complex things, assemblages of meanings, opinions, theories and actions that would have to be acknowledged for their ability to separate and divide as much as for their ability to form common platforms for seemingly inevitable decisions. The essay played up the fact that in a number of languages (including my own) the word thing is also the word for the political assembly, the place where delegates meet. As assemblages, things could then be seen to make up highly different types of assemblies: disregarding the question of the human vs. non-human form of the “delegates”, they emerge as places of nego-tiation and politics, the very places where sociality itself can be traced. Each assemblage potentially attests to a specific kind of assembly, or, if you will, a particular type of multitude. But, by the same token, an assemblage may also attest to the need or desire for dissembling – of resisting accord, unity, harmony, resemblance. Sidestepping the tendency to always look for simple facts, the challenge raised by the concept of “Dingpolitik” is precisely that of paying attention to the various places of assembling and dissembling.

Latour’s call for a new attention to the eloquence of things (instead of framing them as “matters of fact” he suggests we try to see them as “matters of concern”) is by now a familiar addition to the discourses of sociology and philosophy of science. However, its methodological significance for the field of art history and art criticism is, I believe, not yet fully assumed. This can be gauged at a moment when the art world is caught in the throes of a violent object fever due to the dizzying hypervaluation and hyperexchange of art works in the last decade’s boom economy and the fervent attempt to find solid ground once more in the wake of recent devaluation and loss. For during the boom years, no amount of performativity theory – the persistent critical focus on the transient, situational and multifarous effects of art – could entirely cover up that other reality of the art system: The electrifying sense of witnessing the creation of markets so to speak from scratch, with anything and anyone turning into goods for sale, tangible, factual, objects of exchange. But if the many absurdities of the boom years are too obvious to be dismissed (among other things that Artforum became so ad-heavy it was no longer delivered to my ground floor mailbox but had to be picked up at the post office, preferably with a wheelbarrow), the new, “grounded” austerity is not necessarily a cause for celebration after all – despite the argument put forward in a number of recent commentaries that were probably reflecting the most immediate reflexes of many of us. Or, to be precise, it depends entirely on the terms through which one would eventually value this new austerity. For something about those sensible voices telling us that the peeling-away of works, artists, collectors and institutions is a necessary step on the way to a more balanced art-world, one in which quality not quantity and empty hype will once more hold sway, should make us skeptical. In fact, this type of argument is not so much the discourse of criticism as the discourse of the nutritionist, making sure that our digestive systems are not overloaded with easily accessible junk food but kept in shape by just-right doses of high-grain quality stuff. And what is retained by such an argument is precisely the link between art and consumer culture one hopes to undermine by the appeal to quality art. It exposes the many problems with a critical framework that accepts – as an unquestionable premise – the fact that there is some kind of tenuous and ghostly identity between art works and consumer goods, and hence that the extended metaphor of consuming and consumption is the best critical framework for handling the economic and political reality of art production and reception. And it shows, above all, the complicity of critics and historians in the production of the object of their critique: the mechanism of an exchange-obsessed art business runs in a perfect loop with a type of theorizing that accepts this as the sad but inevitable reality with which we have to work and in relation to which the critical mind can only keep looking for the rare and lonely exception.

For years, one type of exception to the consumer art object was described by means of terms such as process, performance, concept, action and relationality. The use of such terms usually denoted that, rather than just being the victim-objects or the displaced symptoms of external social phenomena such as the market economy, these works were themselves intervening or operating “in” and “with” social reality. If I suggest that we, for a moment, sidestep these terms, it is not because it has been found that the works they seem to define have found their ways into the market system as well. (They obviously have: the parallel between the information economy and “informational” and “experiential” works is well documented). It is because, all too often, the discursive function of such terms is mainly that of negating the supposed object status of some other type of art and its inevitable link with consumer culture. And – used in this way – such terms simply risk playing back into that same economist, exchangist loop from which they sought to escape. In place of the familiar object/process deadlock, one could place the far less conclusive or assertive – yet far more genuinely political – concept of the thing. Following Latour’s thinking, to call a work of art a thing is not yet to have defined it, not yet to have an opinion about its place or role in some predefined social scenario and its supposedly well-known mechanisms. It also implies abstaining from too rapidly formed opinions about its place in schemes of exploitation and domination or about its place in the history of art. It is, in contrast, to start a genuine here and now inquiry into what type of elements are coming together or meeting up in the work in question, to try to understand how they work together, how they pull apart. It means refusing the division of artworks into the categories of “aesthetic” and “social/activist”, as if art could be politically and socially active only by a special detour in which the sensational realm of aesthetics and “art proper” would have to be sacrificed. Given that assemblage is not taken as a formal principle but as a form of activity or as a confrontation of forces, wills or perspectives, the assemblages of art is the scene of politics, is the scene of sociality itself. The work as thing is contemporary not in terms of asserting the latest news and its eventual connection with or distinction from whatever is deemed historical. It is contemporary only in the sense that it constitutes an extended moment of engagement with difficulty, a negotiation with uncertain outcome – and criticism will be contemporary only as a function of actually trying to parttake in those negotiations. This type of inquiry should enter the discipline of art history precisely where its programmes rub up against social theory and sociological analysis – notably the field of visual studies and media aesthetics: if these approaches have done the most to question, frame or deconstruct the idea of the art “object”, they never really seemed capable of doing away with it, keeping it around like a fetish that remains as if magically intact despite the rough treatment to which it is routinely subjected? …? This hallowed object may now benefit from a long vacation, leaving critical work to the politics of things.