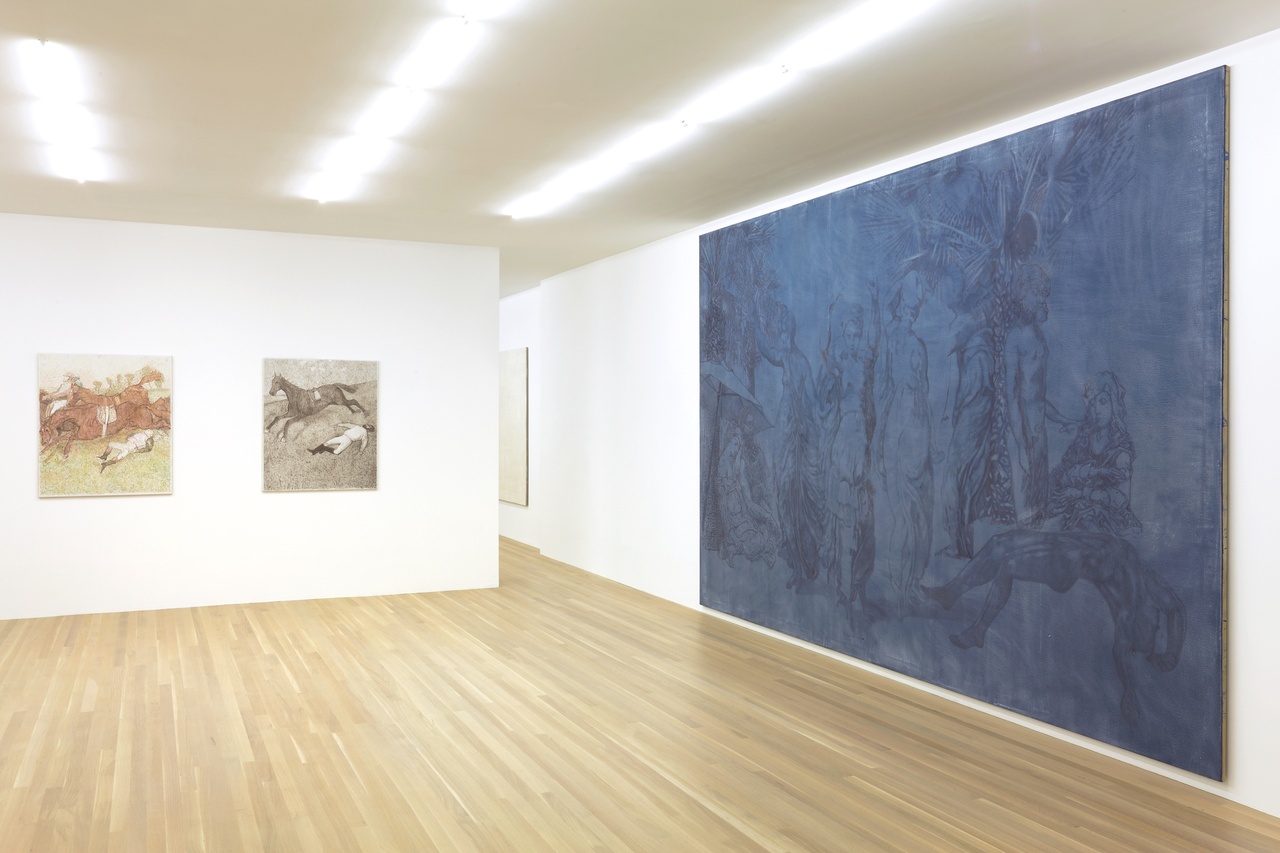 It’s hard to believe but it’s true: Even after a hundred years of radical criticism questioning painting’s status as the alleged epitome of autonomous bourgeois art, figures painted in oil continue to make the hearts of many collectors and art writers leap. Figurative painting from Germany in particular – preferably subsumed under the term “Leipzig School” – regularly circulates as a top seller at art fairs and is beloved by neoliberal politicians. Critical discourse only disturbs the image of the artist often associated with this work, tinkering about in solitude at a distance from civilization. How can this phenomenon be explained? In 2010, Niklas Maak searched for answers to this question for “Texte zur Kunst.” One trail led him to the Rhineland region. Today we are republishing Maak’s contribution to issue #77, “Painting Is Not the Issue,” offering a warm-up to our June issue on “Figuration.”