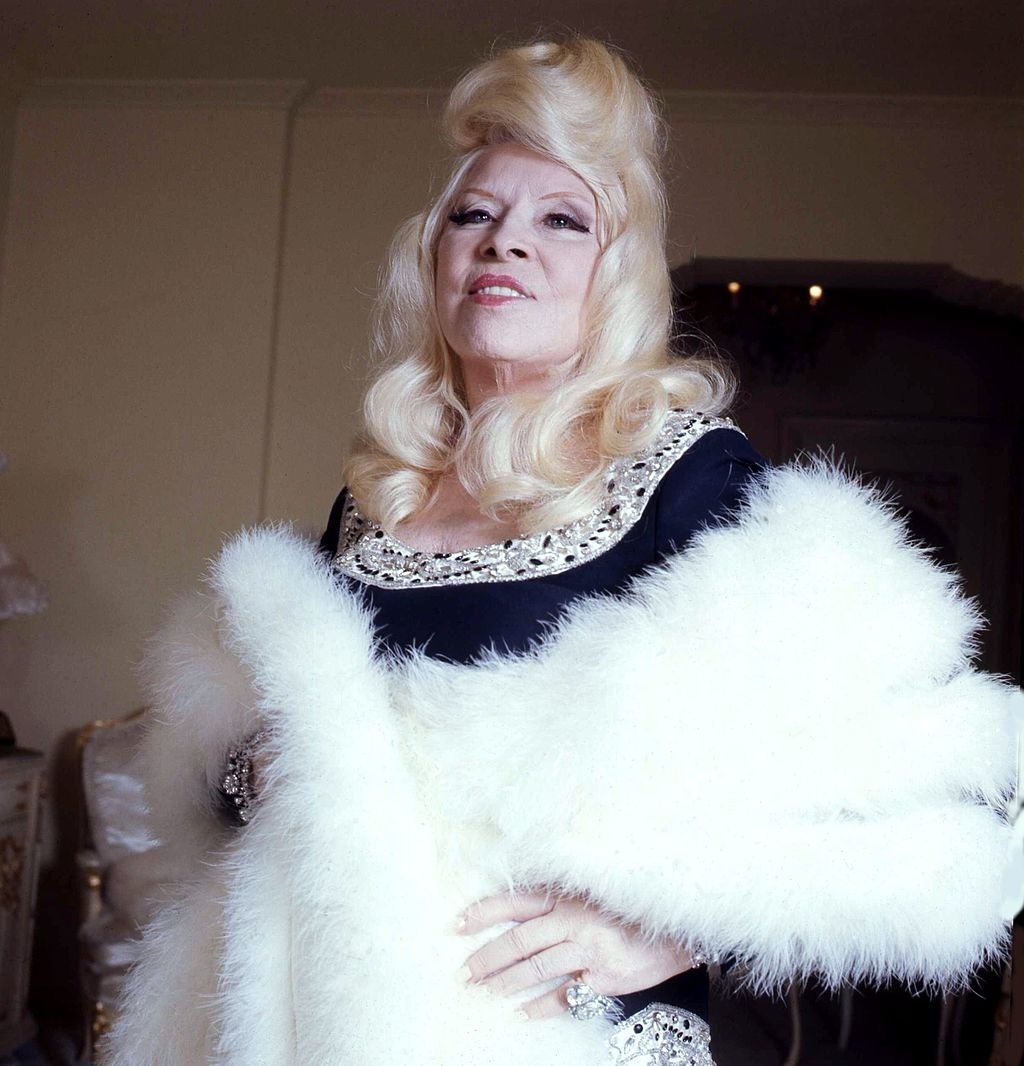 Mae West in her apartment in Los Angeles, 1973

Once upon a time, a “diva” was a woman whose talent or charisma led people to regard her as “divine”; that was how the unapproachable actress Greta Garbo earned the title. The term carried positive connotations; today, in contrast, people tend to associate it with petulance and arrogance. Its use, moreover, has grown inflationary. Virtually any woman in the limelight who displays at least a degree of extravagance is now described, or staged, as a diva. Yet in an era of permanent strain and accessibility, the time has come to rethink the diva principle. For what becomes apparent is that her overwrought style can serve as a model of self-empowerment. Here, a literary-essayistic statement against the prevailing economy of collaboration and availability, which has entered into a perfidious alliance with a sort of semblance of emancipation.

DIVA is what I call a principle based on cleverly rejecting false offers of cooperation. It is about giving form to the opposite of seduction, i.e., countering the meaningless, basic hysteria of requests with an intelligent and perhaps even pleasurable form of defiance. Punishment should not be the immediate consequence; not being punished for rejecting cooperation is something that must be re-learned, in cases in which cooperation itself usually amounts to punishment. By this I mean cooperations with stupid questions, unfair points of departure, provisional arrangements, pressures, impossible deadlines, and false matters of course. The title “DIVA” certainly situates us in a high-end projection space, but when would we have left this space in the recent past? With the sophistication of the DIVA’s talents – typically such physical techniques as dancing and singing – the DIVA gains transcendence as she loses humanity, to then encounter (in the field of Haraway’s non-human) primates, cyborgs, ghosts, and deities until the star that displaces its concept appears in the black night sky. In this dehumanization via virtuosity, the logic of exchange is blasted apart – its reactions are inappropriate, exaggerated, can no longer be calculated. The DIVA can thus teach me to view refusal as a gift, as a promise of future perfection, for which a behavior that is only momentarily hard to comprehend will later prove to have been indispensable. The DIVA refuses the restraint of allowing experiences and emotions to be valid only for herself – in a dialectics of unruliness and body control. Both are great talents, if one has the right timing. Is the aim here to end the demands of an uncontrolled culture of high performance by re-establishing a reign of terror of moods? Yes and no. According to Klaus Heinrich, the seemingly emancipated person had to learn to dispense with the “luxury of playful response, great emotions, and fancies”, since caprice was once the argument for exclusion from rule and control. The “reserves of humanity that could be relished as harmless specialties” [1] were also thus ceded to rationalization – but the countervalue of emancipation still appears to be a matter of negotiation. A peculiar reassessment of affects has taken place when we now come upon the formerly countercultural slogan, “It’s better to burn out than to fade away”, capitalistically turned, as a demand on the regular labor market [2] ; or, as Paolo Virno points out, when negative feelings such as insecurity, panic, and fear – which once indicated alienation from the system of wage labor – are now used in a retranslation as “flexibility, adaptability, and a readiness to reconfigure oneself”. [3] Of course, the solution cannot lie in nostalgically reanimating emotional patterns that were already artificial and projective when they first appeared; and served, not least, to disempower. Instead, it is about learning a form of affect-political alertness precisely in the face of the tendency to deny negative affects their political effectiveness, where the subject overcome by them is female. [4] 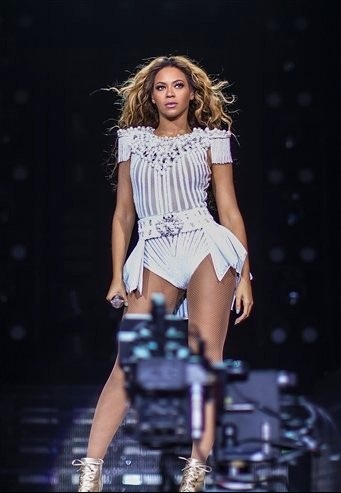 Against the general stress that grasps itself as mere function and thus denies itself, as it were, I would like to establish extravagance as a condition. In cases where fetishized creative values, upon which one is supposed to depend, are used to rig out a logic of utilization in line with the market, there’s neither space nor dignity for one’s own stress or tension. Because, after all, if you are artistically active, you ideally do something that you haven’t done before, so what’s untested is always accompanied by failure (unless we go into production, of course). It is only when disregarding the situation that a strange self-assurance emerges, something that I tend to mistrust, just as I mistrust its products or artifacts. One forgets that “to every pleasure belongs a trace of the fear whose overcoming led to it in the first place”. [5] That is its connection to reality, which bears a “time core” as well as the binding nature of a specific space. The notion of general and endless availability, as it is unhesitatingly demanded for Internet content, is anti-DIVA. In this respect highly anti-DIVA things include the failure to edit, pornography, rushing ahead in female self-imbrutement as a means of stress relief, and identifying with the aggressor. Segregation and separation are anti-DIVA. DIVA means not giving in to the enticements of separation, but instead bringing the opposites into a tension that must be maintained, because at each and every moment, life is holistic. The notion of unstoppable acceleration is anti-DIVA, because it abandons sequence in favor of a panicked and market-rhythmical simultaneity. The DIVA calls to mind the connective nature of space and its presence. Collision is correct. Not that enduring it would come easy to me, but for precisely this reason I possess a very good sensor for it. Whenever a customer profile is adapted to me and information, products, and ultimately even the world is personalized (i.e., reduced) based on a fictitious identity attributed to me, the issue is to avoid this collision. I am thus placed in a consumable environment in which there is nothing I don’t expect, in the sense of everything “different” presorted out of a specialized radio station’s playlist. Of course, specialization is not to be flatly rejected; but here I am talking about a duped limitation of my possible interests given up in favor of how easily consumable they are. In this manner, the personalization of my surroundings evaporates the “other’s” dimension of contrast. One only participates in oneself. I often observe a “mysticism of suffering” that is not free of resentment – or let’s call it a habitual, socially acceptable masochism based on the claim that by suffering, you earn credit. The frustration of this logic, however, inevitably leads to embitterment. And all this, instead of fighting against suffering and the stupid attempt at profiting from it. In this context, I would like to speak of life-sustaining instances of being extravagant. The brain reacts dully to offers that it grasps as destructive, but cannot reject for financial or other reasons. In a sensitive condition, this can barely be endured, but I still require sensitivity; I live off it. Creating routines or submission? I have to get used to it in order to bear it. But what happens once I’ve gotten used to it? Doesn’t inner protest indicate that you need an immediate break? Or does it merely refer to the troubles of transition? Could I also consider “capability” a form of brutalization? The goal of overcoming inner struggles would abate the symptoms, but the symptoms are a signal to do away with the situation that caused them and thus prove the healthy functional performance of consciousness that deems itself threatened. Freud pointed out that displeasure vouches for reality. For the reality principle originates exactly where fleeing from stimulation fails. In this respect, being extravagant at the service of reality would indeed be a conceivable concept. Protest. Against depression.

Addendum: CHAMPAGNE FOR EVERYONE Because Marilyn Monroe only drank the first glass of a freshly opened champagne bottle, there was always enough champagne for everyone. It was the rest. And that was a lot. Refusal and abundance.

And one last thing that must be said: “The complete embodiment of a species bursts it from the inside.” [6]