In a clipping from a 1914 edition of The New York Times, it is reported that dancer Paul Swan collapsed in the middle of the stage during his vaudeville debut. Almost a century later, on the evening that Simon Denny’s most recent exhibition opened at Friedrich Petzel Gallery, a perfectly aligned row of freestanding double canvases imitating flat-screen television sets crumbled like dominoes after a visitor inadvertently knocked them over. Like the seven paintings on duty that night, the performer billed by the press as “the most beautiful man” soon returned to the stage, put back on his feet by assistants, and finished his number to ecstatic acclaim.

Appropriately opening with a physical collapse in the gallery, Denny’s first solo exhibition in New York drew its material from two market crashes. “Corporate Video Decisions” is the title of similar exhibitions he presented at Michael Lett gallery in Auckland, New Zealand, and now at Friedrich Petzel in New York – but also that of a trade magazine from the late 1980s, circulated to corporations to help them boost consumer confidence using video after a market meltdown. In addition to a company website called Diligent Board Portals offering “paperless solutions” to corporate boardrooms, the defunct magazine provided images and text that Denny appropriated for works shown at Petzel – digital prints on canvas, videos, and found objects tracing an arc in time between the current recession and one that took place some 20 years ago.

In the video “Corporate Video Decisions Archive Interface Design” (2011), played onto a Samsung LN46C750 46-inch monitor at the entrance of the gallery, one recession is literally dragged and dropped into the other. Produced with the help of a corporate DVD designer, the video is based on Cover Flow, an animated, three-dimensional graphical user interface integrated within iTunes and other Apple Inc. products for visually flipping through content. Loaded with a digital archive of the magazine Corporate Video Decisions, Denny’s video endlessly cycles through issues of the publication as one would through a collection of mp3s. Like a rare album downloaded from an obscure blog, the colorful 1980s graphic design and zany creative photography of the cover pages were imported into a familiar interface – not just that of Cover Flow, but of Denny’s work, in which the creative subjectivity of the artist virtuosically hearkens back to the artist’s role as a consumer free from the needs of production.

When iTunes abstracts physical records into digital files, it merely reflects what Joseph Schumpeter called “creative destruction”, a moment in which a part of the economy falters to make room for growth and innovation elsewhere – Cover Flow is one such digital music venture that was born from the demise of physical records. Denny’s work often functions by latching onto such economic cycles of obsolescence to generate artworks.

If those who lose their jobs during a recession usually have to settle for lesser pay elsewhere (that is, if they can find work at all), outdated objects like records, books, and electronics can greatly appreciate on niche markets kept afloat by collectors and hipsters. Something like this is happening when a television set thrown onto the curb or a defunct trade magazine becomes a painting or a sculpture in a gallery. For a residency, Denny once transformed photographic reproductions of an art center’s complete inventory of audiovisual equipment (including many outdated CRT monitors and VHS players) into relief paintings – a set of two canvases printed with the same photographic image of the television and superimposed using metal fittings adjusted to the real object’s thickness.

Produced using still images of the Samsung monitor hung in the same room, seven such canvases were shown freestanding on a drop cloth of transparent plastic at the center of Petzel’s exhibition space. Organized by the rigid architecture of Cover Flow, each canvas was an austere and cold, yet jazzy collage in which images of Corporate Video Decisions’s (the magazine) cover pages hovered above smaller images of their own content, which formed a tapestry in the background. Their display in a row formation was reminiscent of the production chain, or perhaps a waiting queue at the Social Security office – after all, aren’t these paintings literally just televisions that don’t work?

As the multiplying signs of social unrest amidst depressed economies and high unemployment may be demonstrating for the nth time at the moment, what we call “work” today is also, if not mainly, a means to keep bodies from doing something else. Typically at home in front of the TV or staring at the wall (on which a Simon Denny painting might hang), the unemployed body is a sort of toxic asset whose destructive potential must be managed for the existing order to prevail. For “Decommissioned Trading Table/Workstation” (2011), a desk obtained from a recently bankrupt German corporation was disassembled piece by piece and hung on the wall to resemble a depressed financial graph. Here, Denny performs a prank he has been known for in the past: storing garbage in the smart fridge [1] – or in other words, the gallery. Mobilizing creativity to repackage and sell the sad relic – his “Decommissioned Trading Table/Workstation” functions as a sort of artistic Rettungspaket (rescue package) that ingenuously cures what the failing economy has transformed into junk by putting it back to work in the orgone accumulator of an art gallery.

After their collapse on opening night, the painting reliefs were back to a marching regiment formation in the center of the room, just in front of the disassembled trading table. If these hot canvases – hot in both the McLuhan-esque and “market” senses of the word – could catch on fire, they would burn like ice. Astutely directed by Denny, their invisible ballet exuded a sense of optimism. When screens and markets freeze, art still works. 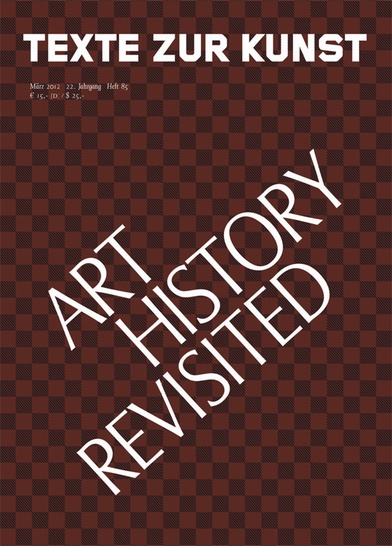