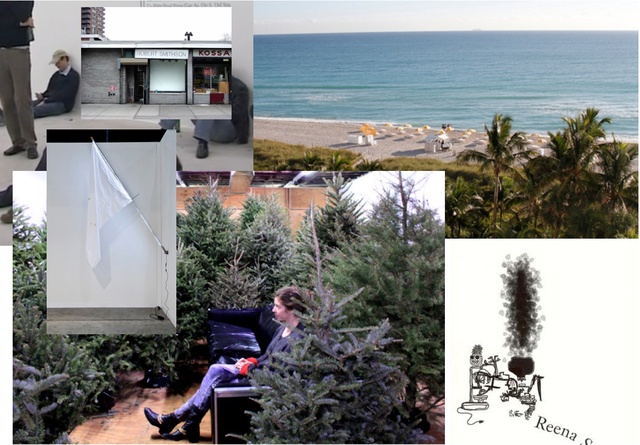 ** The following entries have been excerpted from the feature text by the same name, which appears in full in print issue #104 "The Individual" (December 2016)

Since at least the 18th century, being an artist has required, on some level, the individual’s conscious embodiment as such. While specific value is only rarely assigned to this ongoing underlying performance, it has proven fundamentally important to the viability and valuation of one’s primary art work. Throughout this issue, we consider the intensification of this principal, both within and beyond the art sphere, as the logic of neoliberalism mandates one not just to produce but to demonstrate “realness” in the act of production. For example, consider how this mechanism is shaping current politics, where such performance of self has significantly weighted the outcome of recent democratic decisions. We now find ourselves, it would seem, in a semiotic climate where to “succeed,” gesture must take precedence over words, affect over facts, live publishing of “true” self over anything on permanent record.

Long before Twitter verified profiles or Reddit began hosting live celebrity AMAs (ask me anything sessions), both promising shortcuts to the real person behind the persona, cultural producers – e.g., Duchamp’s Rrose Sélavy – had been interfering with the wiring that connects interior to surface. Today, as before, strategies that obscure, pluralize, or otherwise complicate one’s identity offer the opportunity to get rid of yourself (opening up a backstage) while also screening or targeting, according to interest, external agents (collectors, client, fans, etc.).

But unlike before, the need to obscure and to filter became markedly more urgent in the mid-’00s. Presaged by the evaporation of bohemian undergrounds and the new immediacy brought about by online social diaries, among other features of the WWW circa 2000, the buffering of the self, once an avant-garde device, became a basic life skill: useful for learning to negotiate an online identity and for all civilians wary of increasing government surveillance of their daily communications. Although the trend among Internet users has since moved toward assuming a singular, unified IRL-cyber identity (social networking sites now requiring each profile to be tied to a verified human), to become this hyperreal mono-subject (a form of the totalized entrepreneurial self) presents deep vulnerabilities. Many artists, however, navigating these shifts in identity and visibility during the rise of Web 2.0, saw the complexity of this space between “I” and avatar as holding special potential. As Amelia Jones argued in 1998, [1] pointing to the burden but also agency of the “socially articulated body of the artist” in the wake of Jackson Pollock (citing Hans Namuth’s famous distillation of AbEx through his widely circulated depiction of the painter in his studio): “The postmodern artistic subject performs and exacerbates the gap between appearance and significance, between index (the image or trace of the artist) and that subject’s ‘meanings’ for her or his others.” In a sense, it is this gap, this space between sign and signified, this uncoupling of image from its referent, where our condition of “post-fact” takes root; it is also a space that many artists in the mid-’00s sought to occupy, transgress, exploit. In a cultural field where an underground seemed no longer possible, and discursive trends such as relational aesthetics framed all social interactions as (art) work, the space between one’s performance of self and interior crafting of this narrative became particularly interesting.

It is no surprise then, that during this period there was a proliferation of guising within the art world: artists staging artist-avatars for their real life confrontations; constructed “individuals” that were more than just his/herself, but rather, the effort of several people free-associatively incorporating (giving a body to) a meta-individual complete with a proper name (Claire Fontaine, Reena Spaulings, Anna Sanders, Toni Burlap …). These exquisite-corpse souls could be put to work, lending coherence to their makers’ multiple and conflicting positions (complexity contra neoliberalism’s reductive forces) and helping to mitigate aggregated psychological strain. Via these guised figures, a shared experimental brand could be tested out – not so much to devise new forms of authorship or to somehow demonstrate the end of property (material or intellectual), but in the interest of outsourcing the labor of performing the “artist” individual. Jones again: “The body […] is always already thought: the body has no fixed, ‘material’ truth preexisting its relations with the world and with others, and we know our own bodies only through our own thought, conditioned by our perceived relations with others.” [2]

Following here, we publish a shortlist of such “individuals” that came about in the mid-’00s. The texts are penned by a mix of art historians, artists, writers, and others who can claim a degree of intimacy with their subjects. 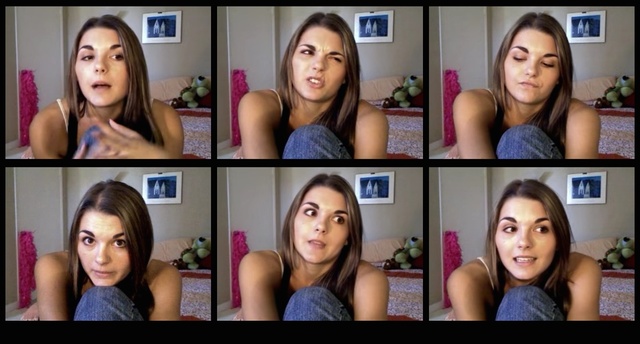 When Fiona Apple, still 19, got onstage at the 1997 MTV Video Music Awards, looked at the camera for a second to make sure it was on, and said in one gush of breath, “I didn’t prepare a speech and I’m sorry but I’m glad that I didn’t because I’m not going to do this like everybody else does it,” and then later, to infamy, “This world is bullshit,” she was killing it to let live the YouTube star.

A decade later the Internet found out that ­@­lonelygirl15 – a teen in mid-2000s America who got popular on YouTube by posting pointless and relatable videos, edited by her boyfriend and occasionally co-starring a puppet – was no living girl but a woman by the other name of Rose: Jessica Rose, who was the same age as Apple, had been to the VMAs, and whose totally awkward musings about homeschooling and the occult were a projection scripted by the talent company Creative Artists Agency. And so it transpired that the next world was even more bullshit than the first, authenticity the pea in the shell game, most princesses dead. 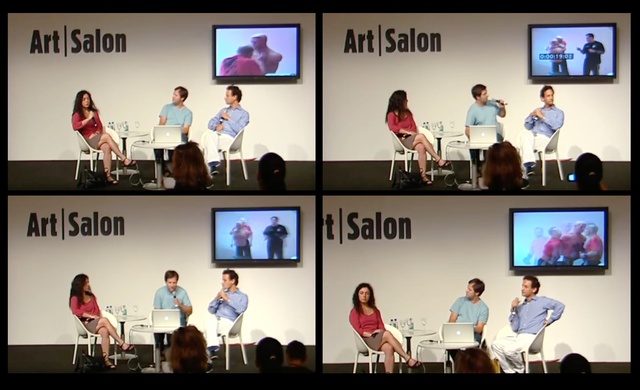 Transposing the Duchampian legacy from the realm of the quotidian object-cum-artwork onto the oft-contested position of the author, CLAIRE FONTAINE defined herself in 2004 as a “ready-made artist.” Her moniker (clearly ringing of a certain 1917 urinal better known as the “Fountain”) was taken from the eponymous French notebook brand. It has since not only served to authenticate artworks by the Paris-based collective (consisting of the Italian-British couple Fulvia Carnevale and James Thornhill) – works that register as patently derivative of long-canonized tactics of so-called critical or even radical art (for instance of Fluxus and Conceptualism) – but also undersigns a host of theoretically informed essays (near-unfailingly citing some combination of Debord, Benjamin, Brecht, Agamben, and Foucault) that repeatedly make claims for the possibility of creating “a space for the de-functionalization of subjectivities.” [3]

Faced with a contemporary regime of power that precisely aims at producing and capturing supposedly creative yet uniform subjects, CLAIRE FONTAINE (whose name, in synch with brand-building strategies, is to be written in all caps) fashions herself as rejecting “the old idea of art as a site of heroic individuation.” [4] Instead, this figure might be better characterized in Deleuzian terms: as a “dividual,” i.e. an internally split singularity. [5] As a placeholder for the site formerly defined by the artist as expressionist subject, CLAIRE FONTAINE allegedly engages in a Bartleby-like form of “human strike” by once more embracing the generic, formulaic, prosaic, and banal.

Recurring reproaches of cynicism notwithstanding, an aporia emerges when confronting the particular aspirations of CLAIRE FONTAINE. Her second-order individualism – despite all dialectical ruses, faux performative gestures of political resistance and activism, and the irrefutable sophistication of her proposal – quickly consolidates into another form: yet another brand of authorship and a robust (market) identity. If artistic subjectivity, in her diagnosis, cannot escape the fact that “we are all ready-made artists,” [6] then CLAIRE FONTAINE arguably appears as nothing more than primus inter pares and thereby ultimately still occupies, or at the very least continues to rehearse, “the classical sovereign position of the artist” [7] that, amid incessant demands for originality and innovation, she so clairvoyantly set out to complicate and debunk. In the sphere of contemporary art (and the attendant economy of affect, attention and speculation), the difference between the individual and dividual just might turn out to be merely infinitesimal. 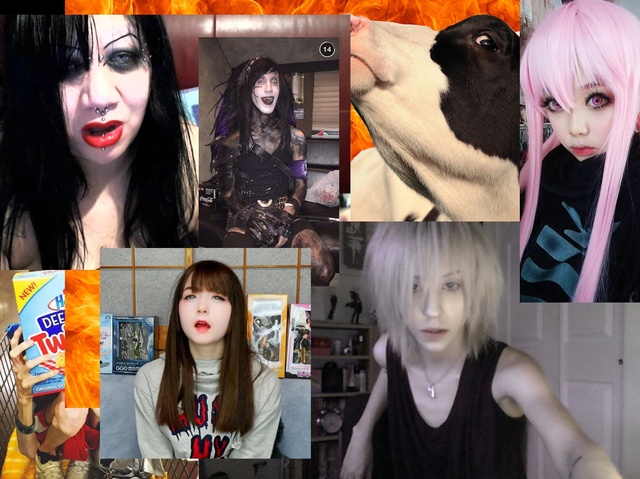 In the logic of early 4chan (a rapid-paced image-message board begun in 2003), the Internet was an anarchist space of total freedom – one that existed separately from reality and that should be protected at all costs from merging with it, as, were there to be a continuum, all the same rules and regulations would apply. Key to maintaining this divide, activity on 4chan was never profile-based. Whereas coeval platforms like Facebook required multiple layers of verification, dedicating avatar to real person, 4chan handles were necessarily anonymous, multiple, un-real. But as the attention economy grew, so too did the bond between IRL/AFK reality and screenspace; the attention economy requiring not just the narratives of lived experience but also the presence of a real individual human as node. Generally, the anonymity factor protected 4chan from this development. The ruthless trolling and “doxing” (to obtain and publish IRL identifying documents of a given user) for which the site became known further prevented a climate in which personal fame could take hold. As trolling can only do harm when one’s real identity is brought into the fray, 4chan attacks were engineered to warn of what happens when the simulation and reality are merged, or as if to say, if you can’t handle the fact that web/semiotic space isn’t “real,” you shouldn’t be here.

“An hero” emerged as a derogatory term for suicide after being gleaned from a memorial post on the MySpace page of a 14-year-old who killed himself: “He was such an hero [sic], to take it all away.” Picked up by 4chan, the typo was quickly exploited and used to ridicule the attention economy’s valuation of suicide as an inherently heroic act, with “lolcows” (individuals with histrionic online presences, willing to do seemingly anything for views) being a common target. Known for having both prevented and encouraged suicides, having sabotaged school shooters but also having cheered them on, 4chan has been criticized not just for its involvement in serious destruction, but also the seemingly arbitrary way in which it engages. But the community’s agenda is, in fact, very clear: hyperreal personas are vulnerable and will be exploited, “lolcows” will be milked for as much entertainment as possible, and those trading real life for hyperreal capitalization within the attention economy will be punished – in extreme cases, pressured to become “an hero.”