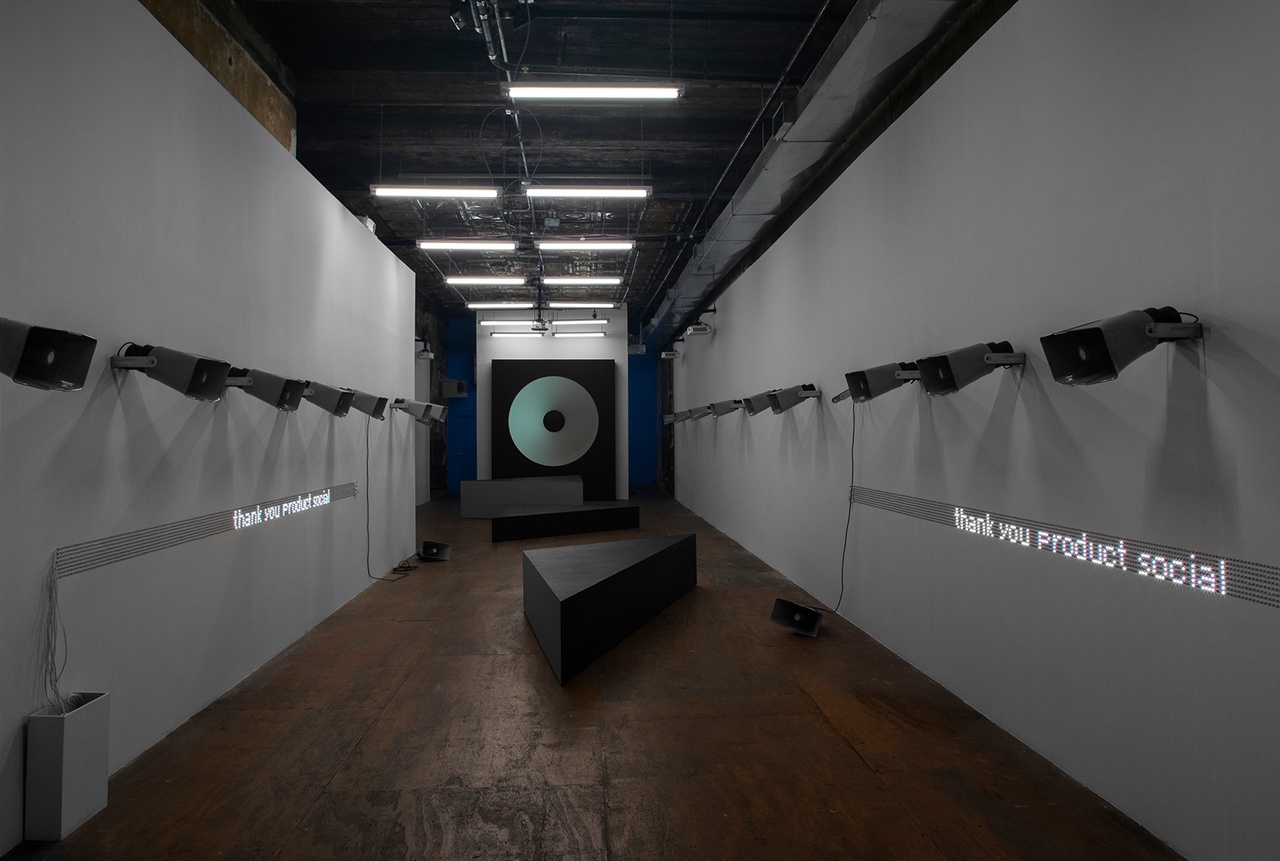 In East Germany, artistic practices that did not adhere to Socialist Realist imperatives were branded Formalist and barred from consideration for public commissions. One affected artist, Kurt W. Streubel, challenged the GDR’s policy and continued to produce a rich body of work. Actress and artist Susanne Sachsse’s recent show in New York pays tribute to Streubel with a sprawling installation that takes up elements of Streubel’s oeuvre and reconfigures it for the present. And, while Streubel’s presence looms large in the show – it opened on his 101st birthday, a year later than planned – it offers little historical context. Here, art historian Christian Liclair details some of this context, as well as Sachsee’s relationship to Streubel, offering a dynamic reading of the show’s many layers.

The moment a visitor enters Participant Inc’s ample hall from New York’s noisy Houston Street to view Susanne Sachsse’s “I Was a Formalist Pensioner. An Antiopera,” they immediately merge into another, even more intruding soundscape. Collaborating with a handful of her usual accomplices – including Jonathan Berger, Marc Siegel, and Angela Seo and Jamie Stewart from the band Xiu Xiu – the Berlin-based actress transformed the gallery into a minimal and somewhat uncanny (anti-)operatic stage: arrays of rectangular horn loudspeakers line both sides of the space and direct one’s gaze toward a single, customized cone speaker of enormous proportions, which also acts as a room divider. This speaker’s construction, a white diaphragm with a black center dome, resembles a stylized eye or the lens of a camera that surveils the visitor as they move through the spacious room, otherwise occupied only by triangle-shaped seating platforms and the haunting sound of Jamie Stewart’s shivering voice emanating from all 28 loudspeakers.

Stewart and Seo, commissioned by Sachsse, contributed a soundtrack to “I Was a Formalist Pensioner” that oscillates between musical order and chaotic noise. Moments of melodic and at times quiet intensity are juxtaposed with jolting bursts of screaming and with whirring and brazen interferences – dissonances that are reinforced by the droning and reverberating acoustics. Moreover, the sound does not propagate evenly in the room; a visitor’s perception of the audio alternately intensifies and abates as they pass from one unit to the next. The speakers are connected visually by a subtitle-like text that runs along the wall between them and spells out the at times incomprehensible lyrics of Xiu Xiu’s almost hour-long tune. However, reading these lines does not advance one’s understanding of the Antiopera since the lyrics consist largely of an apparently fragmentary sequence of words – “pills / permanent / perversity / a / life sentence / addiction / punishment” – or of irrational and disjointed statements such as, “reading obscured / thinking stops / reading obscured / thinking stops / reading obscured / thinking stops.”

In contrast to the primacy of sound and the relative emptiness of this hall, a small space on the other side of the sonorific partition is dominated by an accumulation of material artifacts that offer some context for the musical experience. In the center, a pile of stuffed jumpsuits is crushed by three heavy TV sets; one plays a short video of Sachsse posing inside the hollowed concrete head of a Lenin sculpture. Behind this installation, a framed geometric composition of three black lines on white ground hangs on the wall. It is signed by the East German artist Kurt W. Streubel, whose multifaceted oeuvre encompasses not only such nonrepresentational artworks but also poetry, textile designs, commercial graphics, and company logos. The drawing exhibited at Participant Inc illustrates Streubel’s interest in Concrete Art, a mid-century artistic movement that prioritized sensual experience by focusing on precise, geometrical structures that were considered universal and comprehensible without specific foreknowledge. Characterizing a work of art as “concrete” was a way of emphasizing the particularity and facticity of the artwork as a material object, rich in visceral immediacy and intensity. [1] 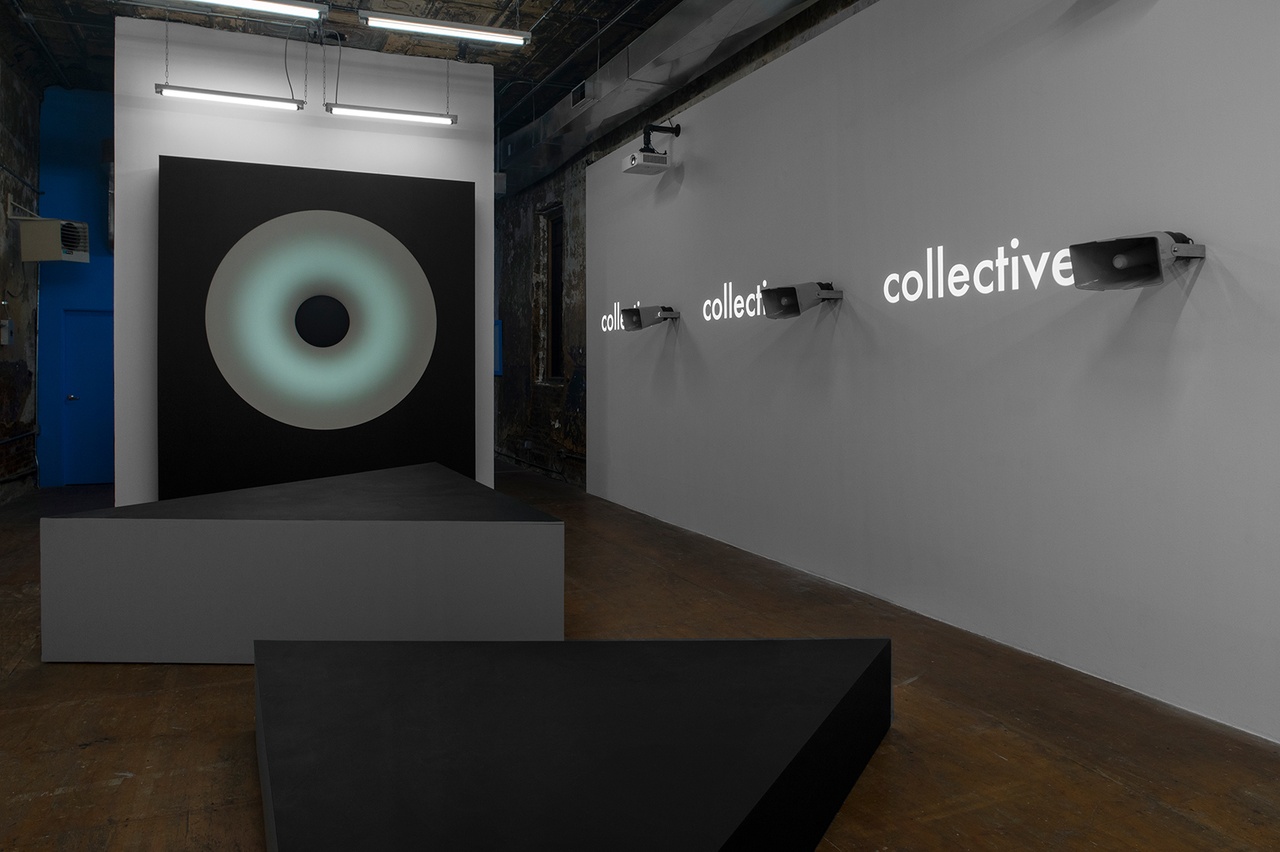 The composition of this drawing is taken up in the shelf design on the back of the central speaker. Several creative artifacts are showcased here, including vases, a book manuscript by Streubel, and a stack of prints with a Dadaist text by Sachsse. Consisting of linguistic fragments that connect normativity to nationalism, the middle section of her text shouts: “GDR PANIC SYNDROME AGAINST FORMALISM IN THE 1950S - - IT LEADS TO THE UPROOTING OF NATIONAL CULTURE THE DESTRUCTION OF NATIONAL CONSCIOUSNESS.”

Sachsse is referring to the so-called Formalism Debate that came to define the cultural politics of the German Democratic Republic and resulted in repercussions for abstract or non-representational artists like Streubel. A few years after the founding of the GDR in 1949, Formalism – a term applied to any unwanted manifestations of Modernism, from Constructivism and Abstract Expressionism to Cubism and Surrealism – made it onto the agenda of the Central Committee of the Socialist Unity Party. The Committee’s then secretary of culture, Hans Lauter, warned that Formalist art annihilates national consciousness and supports the belligerent policy of US imperialism. By prioritizing form over content and by ascribing autonomous meaning to a work’s materiality, modern artists were considered to deprive art of its higher meaning and social significance. Only figurative, representational art following the stylistic and motific parameters of Socialist Realism could educate the people of the German working classes in the “the struggle for peace.” [2] Consequently, Streubel, now branded a Formalist, was disbarred from the state-led Association of Visual Artists and could not be considered for any public commissions. Arguing that his situation was tantamount to an employment ban, he surprisingly obtained a monthly annuity of 200 marks for about two years. At age 31, Streubel became pensioner – a Formalist pensioner, as he jokingly referred to himself – hence the title of Sachsse’s exhibition.

But the term Antiopera, too, bears a direct relation to Streubel, with whom Sachsse maintained a close friendship until his death in 2002. In fact, Antioper was the title of a libretto Streubel realized in 1970. It is composed of drawings as well as typewritten pages that, in part, communicate stage directions or describe the set design. In most cases, however, the libretto’s typographical arrangements can also be interpreted as examples of Concrete Poetry, since they expand the signifying capacities of language by removing words from sentences and paragraphs to set them down in isolation or as figurative formations. On page 18 of Streubel’s work, for instance, words and fragments of sentences form a rectangle, which frames two centered lines of text (resembling, incidentally, a horn loudspeaker from Sachsse’s installation). Analogous to Streubel’s usage of geometric forms in the exhibited drawing, words no longer act merely as means of signification but become a concrete element of composition. Deemphasizing the primacy of linguistic signification, the center of page 18 asserts: “Lesen verdunkelt, denken hellt auf.” (Reading darkens, thinking brightens). 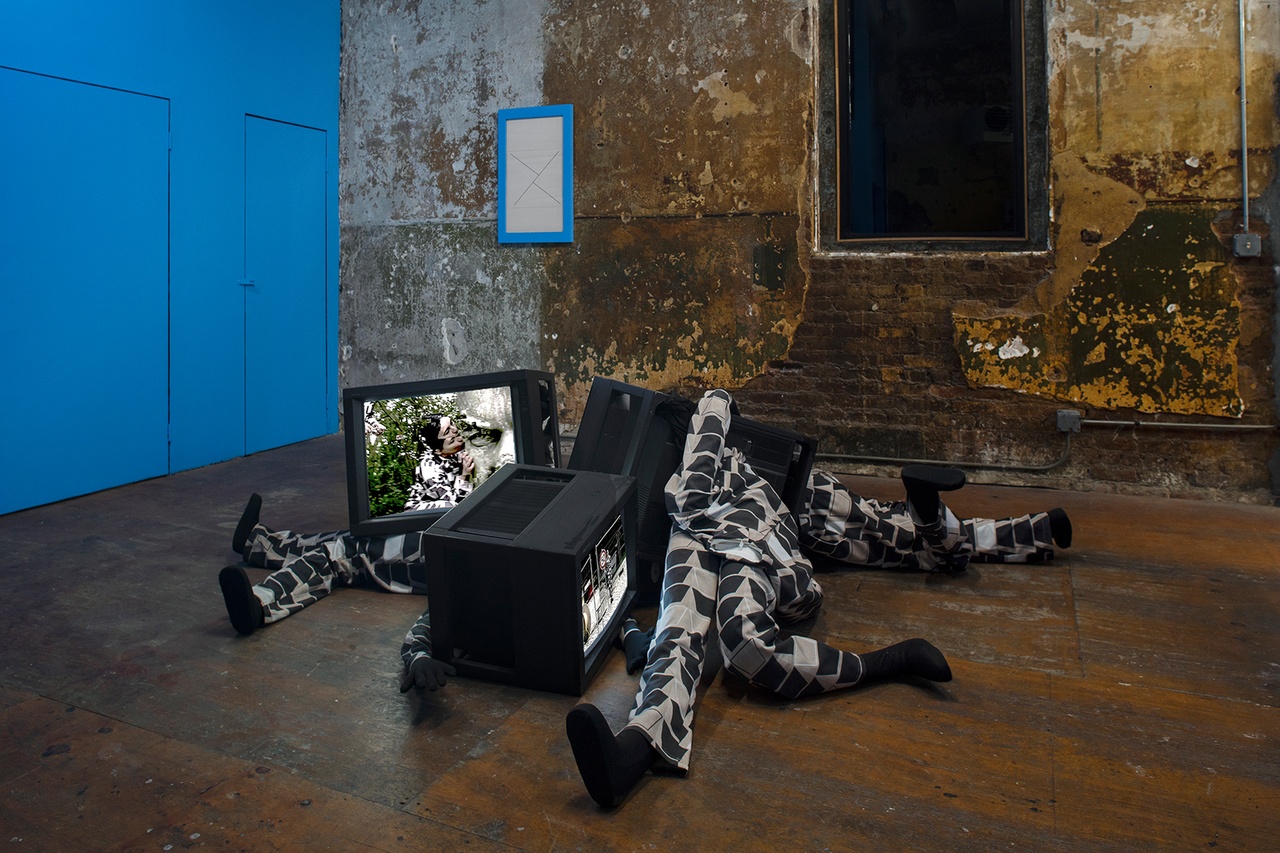 The similarity between this quote and Xiu Xiu’s line “thinking stops / reading obscured” is no coincidence: Sachsse translated, with some creative freedom, pages from Streubel’s libretto before Stewart and Seo set them to music. Given this constitutive importance of Streubel’s libretto, it is odd that none of the original typewritten pages were included in the exhibition to clarify this connection. Admittedly, a few digitally animated libretto pages appear on two TV screens in the back of the gallery, but their alteration obfuscates a direct relation to the music in the front of the gallery. Or are they supposed to dance to, or be moved by, the anti-operatic sound?

Knowing the work’s genesis as well as the historical circumstances – and considering that the exhibition opened just a few weeks after Germany commemorated the 60-year anniversary of the construction of the Berlin Wall – Sachsse’s staging can easily be seen as her critical engagement with an authoritarian regime under which she grew up and worked as an actress. The central “eye” in the exhibition might symbolize the surveillance state. The sideway speakers resemble those on police cars or in prisons. And the fact that their propagated sound waves can be physically felt in the body might allude to the way that power exerts itself through individual bodies.

However, such a reading perpetuates a narrative of repression and doesn’t do justice to Streubel’s persistent artistic production or to Sachsse’s affectionate involvement with her friend’s work. Furthermore, it requires visitors to know (or to have previously read) about Sachsse’s relationship to Streubel and the political conditions of his time and place. Yet, the exhibition does not convey much context beyond the material objects in the back room; the Antiopera comes without an opera guide, and Sachsse’s exhibition does without any wall texts that could equip a visitor with most of the background knowledge offered above.

Thus, as more than a mere reinterpretation of Streubel’s Antioper, Sachsse’s elaborate mise-en-scène can be perceived as the deliberate continuation of Streubel’s apparent interest in Concrete Art and Poetry as well as his preoccupation with systems of signification. A visitor instantly feels completely immersed in sound, and this immediate, sensual experience is contradicted by our cerebral comprehension of the Antiopera: listening to the lyrics, the narrative content remains nebulous, and the subtitles are equally obscured – not least because they appear alternately in the front and the rear of the gallery. In this sense, Sachsse’s Antiopera encourages us to focus on music and musical practices as material, “concrete” intensities that are felt and lived through bodies, rather than trying to understand them as texts that must be deciphered. Often the pleasure derived from experiencing sound has less to do with the communication of meaning and far more with the way that music moves us: reading obscures / thinking stops.

Christian Liclair is an art historian and completed his PhD in the research group “Aesthetics of Desire” at the Freie Universität Berlin. His monograph on Sexually Explicit Art, Feminist Theory, and Gender in the 1970s is forthcoming.