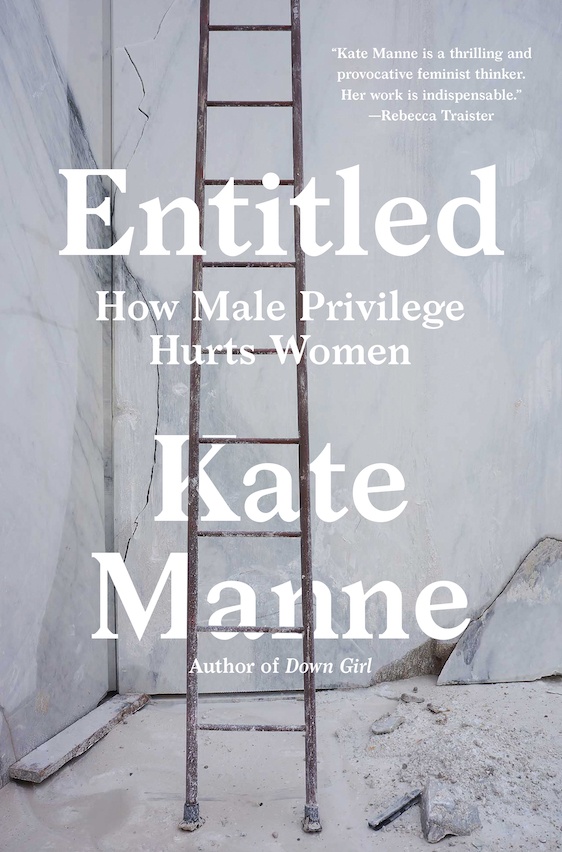 In her bestselling book “Down Girl,” philosopher Kate Manne examined misogyny, analyzing the ideological presuppositions and structural effects of patriarchal society. In her more recent book, “Entitled,” Manne continues this work and refines it from an intersectional perspective. In honor of our anniversary issue’s theme, “The Feminist,” our editorial team spoke with Manne about male privilege, why it is important to focus in on misogyny, and how a false commitment to binary gender is necessarily entangled in these questions.

TEXTE ZUR KUNST: We would like to begin with how you define sexism and misogyny. How do you differentiate the two and why this differentiation is important?

KATE MANNE: I think of sexism as essentially an ideology, as a system of beliefs that rationalizes men’s dominance over women and women’s subordination in roles that are feminine coded or stereotypically feminine. So, sexism is something that relies on bad science to try to relegate men and women to different roles to keep women out of things like politics, business, and academia, and to keep them relegated to caregiving. In contrast, I characterize misogyny as the active policing and enforcement wing of patriarchy that kicks in when sexism fails to relegate men and women to different roles. The distinction is important in part because these words have very different resonances and it’s helpful to have a clear contrast between them, even if the distinction isn’t always clean in practice. Often, sexism and misogyny are entangled, but I think that they can be taken separately. Donald Trump is one example I like to give: it’s not actually clear that he’s particularly sexist; he is happy to appoint women to high-powered positions within his businesses and administration. But, of course, he is highly misogynistic, because if those women dare to threaten or challenge or thwart him, he lashes out with disproportionate and distinctively gendered hostility. This shows that within individuals at least, there is a possibility for sexism and misogyny to act separately.

TZK: How do other forms of gender-based discrimination fit into your definition of sexism, or where do forms of this type of discrimination that aren’t tied to binary gender fit in? What is gained from focusing on misogyny?

MANNE: I think that there are many forms of gender discrimination that are deeply entwined in patriarchy. One of the prejudices that is most pernicious is a wrongful insistence on gender binarism, that all people are either male or female, either man/woman, boy/girl, and that those two categories are mutually exclusive and exhaustive. First, we know that’s not true, that many people are non-binary or trans and are assigned a sex at birth that doesn’t correspond to their gender identity. There’s a lot of discrimination against non-binary folks and trans folks, which is part of patriarchal sexism. In analyzing misogyny, I hope to shed some light on a particular kind of misogyny, namely transmisogyny, the oppression faced by trans girls and women. Of course this analysis isn’t exhaustive, but I hope it illuminates the way transfeminine bodies are highly policed and punished, partly due to an insistence that people adhere to the gender they were assigned at birth.

TZK: In your 2017 book Down Girl: The Logic of Misogyny, you analyze the numerous ways women are kept in their place in patriarchal society and you describe the phenomenon of “himpathy.” Could you elaborate a bit on what this means?

MANNE: Himpathy is the disproportionate or inappropriate sympathy sometimes granted to male perpetrators of misogyny rather than to their female victims in cases like rape, other forms of sexual assault, sexual harassment, domestic violence, or gender-based homicides. We often see this disturbing phenomenon where there’s actually more sympathy for a perpetrator of misogyny than for his victim or target. 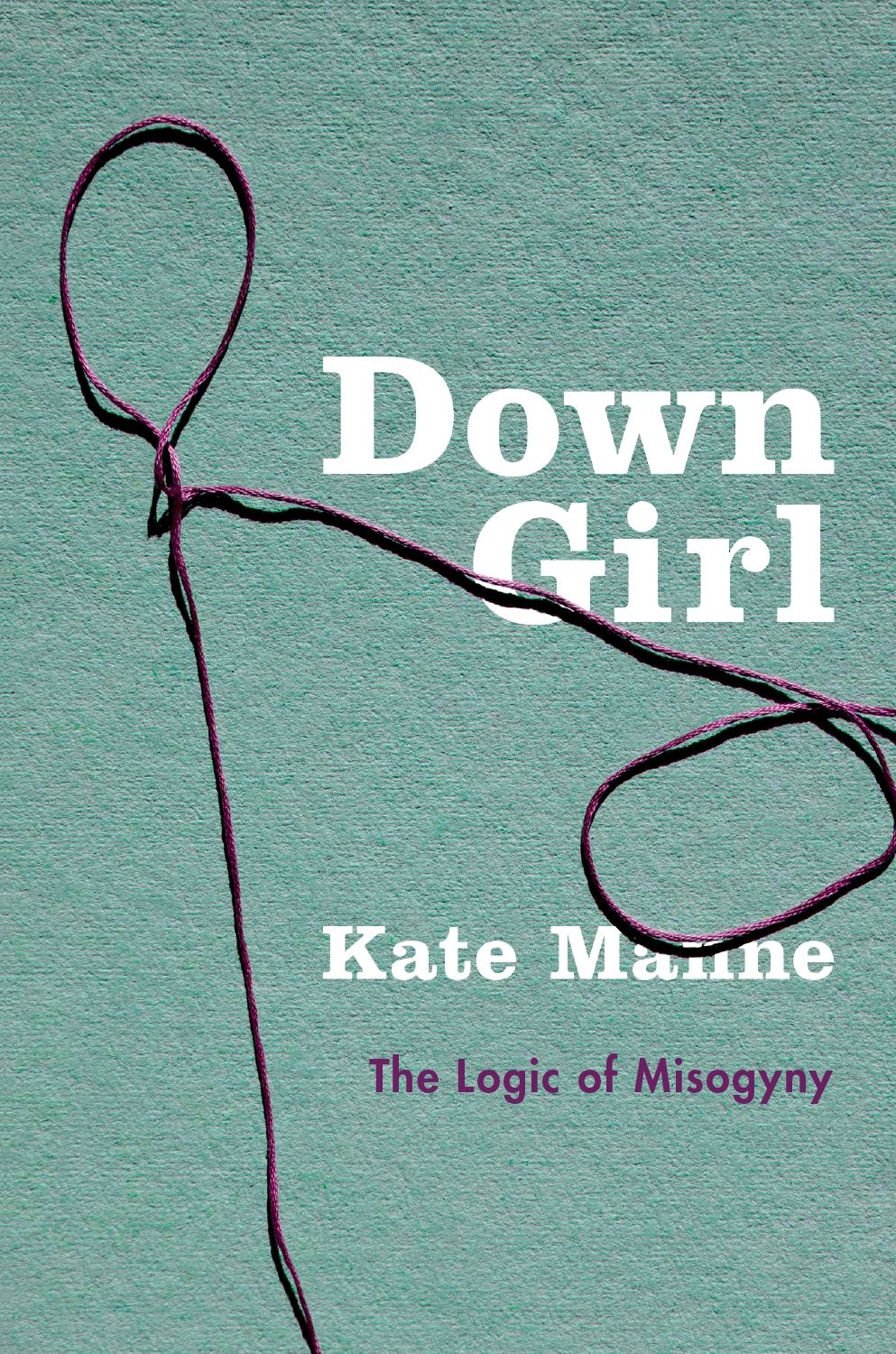 TZK: You make a similar argument in your recent book, Entitled: How Male Privilege Hurts Women, which focuses particularly on the entitlement of men to goods and services provided by women, goods that men have been conditioned to feel entitled to like admiration, approval, attention, sex, and consent. According to this logic, women are the “givers” while men are entitled to be the “takers.” Let’s talk about this practice of conditioning: how, or where, do men learn to behave like this? And conversely, can’t women just as well exert power in the same way, displaying male-coded behavior and reproducing the same power dynamics that disadvantage women?

MANNE: I think it starts very early on that we essentially educate boys to feel they are entitled to certain goods from women, not least of all, their mothers. Part of what reproduces these dynamics is the fact that, currently, at least in the US context, women do about twice as much childcare and domestic labor in heterosexual households with children, even if both partners are working full-time. This sets boys, as well as girls, up to believe that caring is still essentially something women ought to do and that men are entitled to benefit from, when they’re designated as typically more privileged beneficiaries of that kind of care, within nuclear family structures. There are certainly power dynamics in there that women can take advantage of and reproduce. But one of the differences is that it’s not just that men feel entitled to certain goods, it’s that society backs them up. Society deems men entitled to these goods, and we see this reinforced with misogynistic punishment for women who don’t give them what they are perceived to be owed. We also see himpathetic exoneration for men who do practice misogyny or show entitled behavior. While of course women can do bad things, they can gaslight or they can be unduly dominant in conversation, they don’t have society’s backing, and so they typically won’t be as enabled, empowered, and sheltered from consequences of their actions, I think.

TZK: The pandemic has revealed the ways misogyny and gendered labor remain deeply embedded in both US and European society, and it has compounded those divisions, particularly in the heterosexual nuclear family. What do you see as ways of addressing these persistent gender divisions?

MANNE: My hope is that to be forewarned is to be forearmed against these kinds of ills. To have a greater societal awareness that these dynamics are not a thing of the past but have in fact persisted. Things like the “second shift,” a term that Arlie Russell Hochschild coined in the early 1990s to describe the disproportionate amount of domestic labor women perform. That problem hasn’t budged in the US in at least twenty years. I hope that having more widespread recognition of these unequal and unfair dynamics allows us to battle against them and to resist them, as well as encourages more general social structural changes, like universal childcare, for example. In the US, this is a huge political issue, and seems like quite a distant goal, but I think it would be an enormous harbinger of valuable social change. I could also point to things like Silvia Federici’s Wages for Housework movement that began in the 1970s; I think it’s made a lot of valuable contributions both from a policy angle and also just from a dialectical standpoint.

TZK: On the subject of Silvia Federici, how do you see your own work in relation to Marxist feminism, in particular to its critique of the heterosexual nuclear family as a root cause of misogyny and women’s oppression?

MANNE: I’m very sympathetic to that tradition. As an analytic moral philosopher, I come from a different tradition and set of disciplinary practices, so a lot of the time I’m coming at this from a very different literature that emphasizes both the interpersonal and aspects of interpersonal social relations that can be both valuable, in that they help us care for each other, but also toxic, in as much as they engender resentment and even hatred. The overall approach that I have is highly compatible with those traditions but has a different background and resonance. As a philosopher, I’m less able to talk about root causes than a historian, or a sociologist, or even an anthropologist would be. What I’m more invested in is an analysis of what concepts we should be using, like sexism and misogyny, but also an attempt to analyze cultural moments. I see myself, in a way, as a cultural analyst who’s not so much trying to identify the root causes of these phenomena but rather trying to understand their nature in the here and now.

TZK: This also makes clear that you always have this paradox, as a philosopher, especially when you come from analytical philosophy, that you have to reinforce or reinvent the gender binary in order to talk about the problems that are involved here. To make your line of argument, you have to concentrate on how these concepts are used in society: you have to use the language you want to get rid of, in a way.

MANNE: I’m not sure that I want to get rid of terms like man or woman. I think they’re actually very important. But I do completely agree that what I’m often doing is granting a false, pernicious premise for the sake of seeing where it leads. Patriarchy has a deep commitment to gender binarism, which is highly false, highly pernicious. But often what I’m having to do is grant this false premise in order to see what follows logically, and to try to reconstruct a coherent structure, and set of attitudes, and way of thinking, and way of envisaging women. My hope is that it doesn’t so much reinforce gender binarism as it posits it for the limited purposes of showing some aspects of how badly it goes wrong. It’s always a fraught and difficult enterprise, but I also think that it’s a necessary one – we can’t simply pretend that certain pernicious social structures don’t exist. Ushering them away actually requires acknowledging their existence and then figuring out exactly what their structure is so that we can best resist them.

Kate Manne is an associate professor at the Sage School of Philosophy at Cornell University.