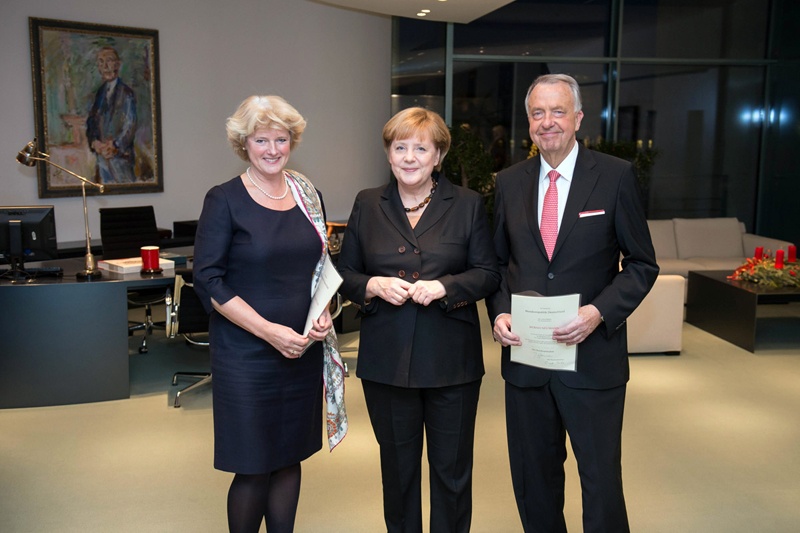 In the summer of 2015, the German media featured the unlikely spectacle of blue-chip artists, art dealers, and auctioneers engaging in public protest. Baselitz threatened to withdraw his loans from German museums, Richter grumbled, and gallerists predicted the imminent collapse of the German art market. All of this was triggered by the leaked first draft of Kulturstaatsministerin Monika Grütters’s proposed amendment to the law for the protection of German culture heritage: in full Gesetz zum Schutz von Kulturgut or, in another wonderful German compound word, Kulturgutschutzgesetz. [2] While the new version of the law supposedly harmonizes with international and European laws, it also represents a renationalization, as the law pits Germany against the rest of the EU: exports to all countries, whether the UK or Qatar, are to be treated the same. And of course, once a work of art finds itself in the art market hub that is London, it can indeed quickly find itself in the Gulf region or the US.

The Kulturgutschutzgesetz shows that in matters of cultural policy, the German nation-state is tenacious. Ever since Romanticism and the rise of cultural nationalism in the nineteenth century, Kultur has been defined as Nationalkultur, with the nation-state being the guardian of the culture produced by and belonging to a supposedly homogenous Volk. In Berlin, inscriptions on two nineteenth-century imperial constructions mirror each other: the Reichstag is adorned with Dem deutschen Volke while the Alte Nationalgalerie boasts Der deutschen Kunst, followed by the year of the unification of Germany (1871). Kunst, or art, is itself an intensification of Kultur: Kultur can also be everyday Volkskultur, but Kunst has clearer institutional boundaries, and functions as the prestige version of culture. In the debates about the Kulturgutschutzgesetz, however, the type of Kulturgut (cultural asset) under discussion was never in doubt – everything revolves around prized artworks, by “German masters” in particular.

In post-war West Germany, art and culture were “provincialized” in response to Nazi nationalism and imperialism: according to the so-called Kulturhoheit der Länder, cultural policy is the business of the individual federal states, which coordinate matters on the national level through the so-called Standing Conference of the Ministers of Education and Cultural Affairs, or Kultusministerkonferenz (another potential Scrabble winner). After the reunification in 1990, this was deemed insufficient and, in 1998, the Schröder government created the position of federal Kulturstaatsminister – but as a post that comes without a proper ministry. As before, determining which works cannot be exported for reasons of national importance, under the new law, would still fall to the states’ culture ministries, which have expert committees to draw up their own regional lists of items deemed “national wertvoll” (of national value). [3] 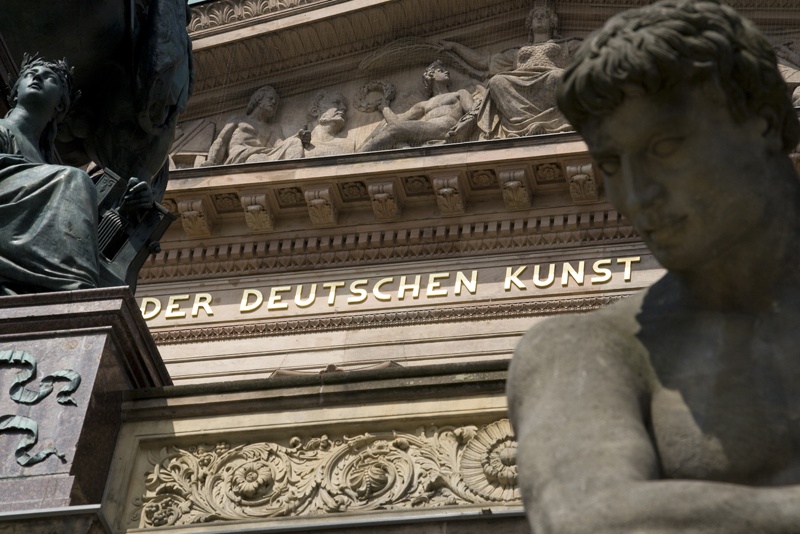 Compared to the old law, the new version is to be at once stricter and more all-encompassing, now extending to certain works by living artists, including, in the original proposed draft, works older than 50 years and worth more than 150,000 euros – hence the protest by Baselitz and various doyens of the art market, who painted a grim picture of the state confiscating works, or at least “freezing” them in Germany. However, for any particular work to be subject to this process it would first need to be designated as “national wertvoll” by one of the sixteen official committees. In a concession to the protesters, Grütters consented to giving living artists the right to refuse having their work be listed as such; she also raised the work’s age and value cutoffs to more than 70 years and 300,000 euros, respectively. [5]

Inspired by the focus on value and public critique from luminaries such as Baselitz and Richter, the media debate seemed to promote the most reductive notions of Great Art, and of deutsche Kunst at that. In fact, the key concept of “national wertvoll,” as defined by the Kultusministerkonferenz, does not refer exclusively to works by German artists. [6] A Warhol, too, can be of national importance. [7] The media’s narrow focus on “German art” suggests that the discourse was shaped a priori by conservative ideologemes. Art’s status as the pinnacle of culture, according to conservatives, is valid precisely insofar as it emerges from a specific national culture – which in turn is a specific version of more general cultural formations, such as Christianity or the West. [8] Here, continuities emerge between the cultural nationalism of the 19th and early 2th century and enlightened post-war Kulturschutz. [9]

Its dubious uses notwithstanding, there is a critical potential in the fact that culture is a polymorphous concept. While it is often tied to Nationalkultur and Volkskultur, there is also Alltagskultur (pop culture), Streitkultur (protest culture), Esskultur (food culture), and so on. In protests against the construction of a bridge across the Mosel valley, authors with a variety of backgrounds lambasted this megaproject as an attack on one of the oldest Kulturlandschaften in Germany, where viticulture has been practiced for 2000 years. [10] (The notion of viticulture, of course, shows the concept of culture’s “etymological roots in agricultural labour.”) [11] Still, the project was pushed through the parliament of Rheinland-Pfalz by politicians who would, presumably, refrain from bulldozing the Alte Nationalgalerie. Did somebody say Kulturgutschutz?

Meanwhile, art – a certain kind of art – increasingly migrates from the nation-state to zones of exception and exemption created by this very state to make sure that global capital streams do not pass it by. The natural habitat of art-as-investment is increasingly not the museum, nor even the private collector’s home or private museum, but the freeport: a tax-exempt or low-taxation zone where works can be stored, sold, and resold without ever seeing the light of day, or of a white cube. As Hito Steyerl has noted, this “duty-free” art is of course not truly duty-free: it has the duty to be a good investment, just as elsewhere art can have the duty to be a glorious representative of German Culture. [12] But the two systems of valuation are at once complementary and complicit: both depend on notions of excellence and national cultural importance that can easily be translated into financial value, and vice versa. 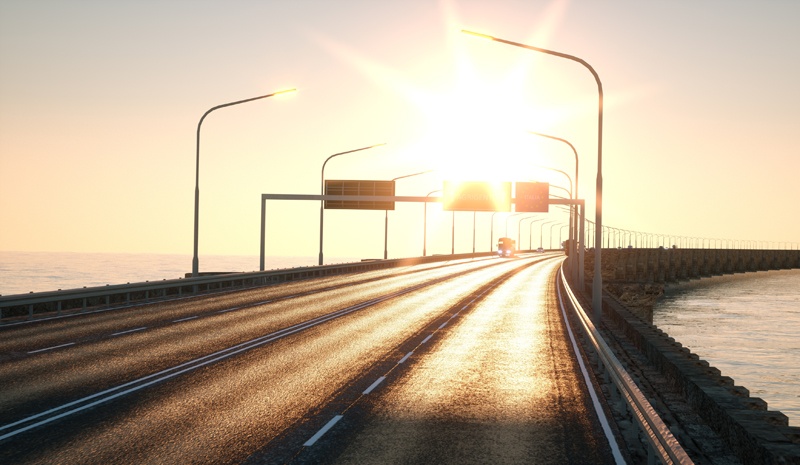 The Kulturgutschutzgesetz seeks to regulate not only exportation, but also importation. [14] As the aim here is to prevent trading in stolen and looted artworks – for instance, from Iraq or Syria – this aspect has obviously proven less controversial. If the very need to protect “national art treasures” is a tacit acknowledgement that, in a globalized world with vastly uneven distribution, there are foreign Big Spenders that make German museums look like poor relatives, or indeed like servants, this flipside is equally symptomatic. In its well-intended effort to counter the plundering of other countries’ cultural patrimony, the draft acknowledges that borders are translucent; that flows of artefacts, but also of people, have been set in motion outside Europe’s borders – and to a significant extent through the delayed effects of the imperialist ventures of various major European states. However, the drive to protect German art treasures is also a tacit acknowledgement that, in a globalized world, there are foreign Big Spenders that must appear like neo-colonial overlords to many a German museum.

As a zone of exception in which certain laws and rights have been suspended, the freeport is the counterpart to the refugee camp – or to the “transit zones” demanded by the Bavarian prime minister Horst Seehofer in order to “process” migrants and immediately send back “economic refugees.” [15] The debate about the Kulturgutschutzgesetz in the summer of 2015 was a genteel walk in the park compared to the still-ongoing and increasingly toxic discussion about the migrant situation that began to gather steam around the same time. In Dresden and elsewhere, the Pegida movement had already started a campaign against the “Islamization of the occident.” Attacking the multicultural society, Pegida stresses the incompatibility of Islam (and by implication of anyone who looks slightly foreign, or indeed of those who commit the crime of gender mainstreaming) with “our culture.” [16]

To discuss the refugee situation and the explosion in xenophobic nationalism in conjunction with the Kulturgutschutzgesetz is no frivolous exercise in free association: the two are part of the same overall problematic. Pegida, too, deals in what it imagines to be Kulturschutz. Of course in many respects one can see the latter as the sinister proto- or not-so-proto-fascist counterpart of the federal states’ post-1945 conception of Kulturgutschutz. But while Kulturschutz, today once more foregrounds issues of territory and statehood, both have been transformed through technology. You can be part of ISIS’s social media filter bubble without being physically within the “Islamic state’s” geographical territory; being inside the filter bubble could encourage you to make the journey to Syria.

Meanwhile, in a disintegrating EU the actually existing nation-states do not necessarily enjoy a resurgence of credibility. In opposition to the reviled mainstream media (“Lügenpresse”), movements such as Pegida have created their own filter bubble, and the so-called “Querfront” of organizations such as the Montagswachen, the Kopp-Verlag, the magazine Compact, and the populist one-man band Ken Jebsen have created a paranoid-conspiracist counter-publicness. [17] As part of this mix, the so-called Reichsbürger categorically deny the legitimacy of the German state; not out of a rejection of the nation state per se, but rather because they argue that the German Reich was never officially dissolved, making the current Germany a non-state that is de facto a US-occupied zone. At times the debate about the Kulturgutschutzgesetz has taken on shrill tones that eerily recalled this seemingly remote discursive world: the state was cast in the role of a dictatorial expropriator, taking measures that were bereft of any legitimacy and violating the sanctity of the home to snoop on collectors’ possessions. [18] 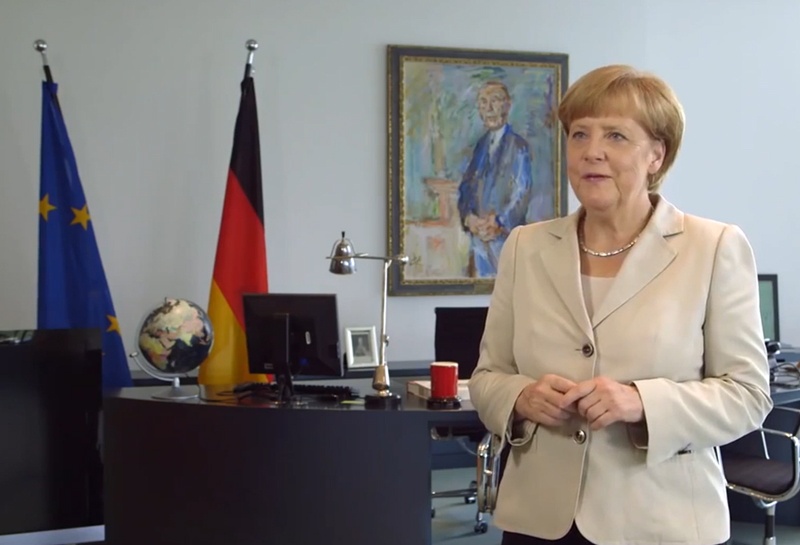 Post-Snowden, there is certainly ample room for concern – and for confusion. While parts of the Left want to reclaim the state as a bulwark against “the market,” anarchist and autonomist all-out rejections of statehood have rarely looked more attractive. Nevertheless, placing an artwork on a list does not amount to expropriation. Indeed, one can wonder about the efficacy of compiling such a list (or rather, separate lists for each of the 16 states). [20] Are we perhaps largely dealing with Symbolpolitik? When it comes to preventing certain artworks or other artefacts from ending up in faraway safes or freeports, a political culture of glorified top ten lists drawn up by committees is hardly sufficient. What is needed is a lively and ongoing debate of concepts, criteria, and priorities in conjunction with institutions that actively engage in such debates, rather than just leaving them to professional Feuilletonisten.

Given that the scandal primarily stemmed from the law’s intention to cover “living artists,” it would make a great deal of sense to place less emphasis on masterpieces by German Masters and to instead problematize the seemingly self-evident nature of Nationalkultur. This would do more justice to the changing nature of aesthetic practice, and could lead to smarter choices. For example, what about international networks in art since the 1960s? Why was there no discussion about, say, Nam June Paik’s role in Germany, or Fluxus in general? Why is there no real public debate about the ongoing exodus of European archives to California (Getty Center) or Connecticut (Yale)? [21] What about project-based practices, interdisciplinary collectives, or counter- and subcultures that may be valuable in ways that escape bureaucratic conceptions of “national importance”? What role could forms of reconstruction, remaking, and reenacting play in the transmission of art, and of culture? What forms of life and modes of thinking and sensing are worth defending? What are our best strategies?

Sven Lütticken teaches art history at the Vrije Universiteit Amsterdam. He is the author of "Secret Publicity" (2006), "Idols of the Market" (2009), and "History in Motion" (2013), as well as "Cultural Revolution" (Sternberg Press, forthcoming). He is the editor of a reader on art and autonomy (Afterall).