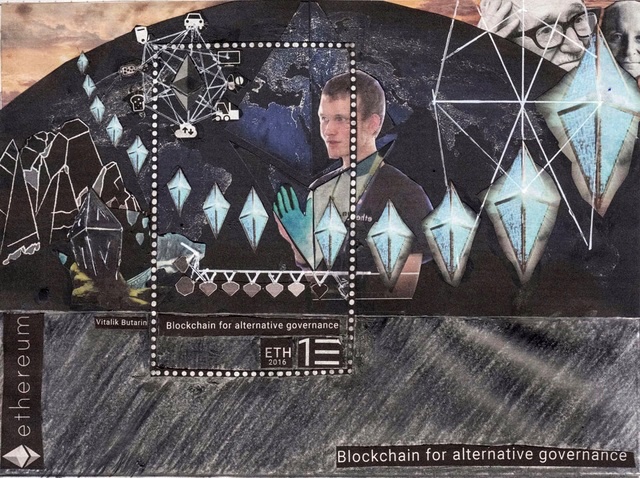 When Théophile Gautier (after Benjamin Constant and Victor Cousins) formulated the concept of l’art pour l’art in the mid 1850s, he demarcated discursive collisions that would evolve to become some of the founding topoi of Modernism.

Primarily, there was the conflict between, on the one hand, a Romantic conception of a poet’s social identity as an autonomous outsider; and on the other hand, that of the emerging counterfigure of the modernist artist as a psychasthenic bourgeois. Differently put, attempts at redeeming the obsolete aristocratic ideal of resistance to any type of productive instrumentalization contradicted the newly emerging attraction to a positivist, empirio-critical model of self-referentiality, mimicking the principles of the natural and social sciences of industrial capitalism.

These colliding forces – exemplified in the dialectics of myth and secularity, tradition and modernity – were famously present already by the 1860s in the paintings of Edouard Manet, coming to a climax in the work of Stéphane Mallarmé, who would be the first poet to formulate a theory of aesthetic autonomy as a radical project of critical negation. This involved: a resistance to journalistic mass culture's increasing incorporation and control of all functions of language (its graphic, grammatical, syntactic and phonetic registers); and also, a proto-structuralist understanding of language as an autotelic system of empty signifiers.

To the extent that Mallarmé's arbitrary organization of grammar and syntax (i.e., purely poetic structures with a purely phonetic sonority) performed the public emancipation of language from its subjection to semantics and the production of communicative meaning, that investment also revealed the immanent intricacies of all linguistic operations (written or spoken) as being highly overdetermined by their own intrinsic laws and conventions. Thus Mallarmé’s concept of “autonomy” offered a theory of the subject in which language precedes subjectivity, contradicting the subject’s claims for an autonomous, self-determined consciousness.

The second major moment in which linguistic, literary, and aesthetic autonomy were postulated (and analyzed), was the period of 1910-1925, beginning with Ferdinand de Saussure’s “Course in General Linguistics” (1910), which posited a model wherein linguistic signification was both differential and non-referential. This theory offered the foundation for the Futurist and Dadaist preoccupation with the phonetic and graphic properties of the word – the literaryness and poeticity of the “word as such,” as the Russian Formalists expressed it following Saussure. A corresponding development could be found in the new aesthetic of truly non-representational art (ca. 1913) of Suprematists such as Kazimir Malevich and Olga Rozanova.

It would become the paradox of abstraction, as an aesthetic of autonomy, to foreground its innate contradictions even more programmatically than Mallarmé had prognosticated: on the one hand, abstraction (in order to achieve full self-referentiality, the suprematist purity neo-Kantian auto-criticality) proclaimed a departure from all traditional functions of narrative and representation. On the other hand, this aesthetics of abstraction (as a purely autonomous, autotelic art) also claimed to serve as a universally legible language, one unfiltered by bourgeois experience; a visual esperanto with the fantasy of direct communication with the world's proletarian masses.

As could be expected, these contradictions, in their purest form (a pictorial enactment of the utopian concept of autonomy), turned toward their opposite; a turning point encapsulated by Alexander Rodchenko’s "last painting" – his 1921 triptych "Pure Red Colour, Pure Yellow Colour, Pure Blue Colour” – which provided the basis for the dialectical shift from an aesthetic of abstraction to an aesthetic of production and design. At the same time, this work – precisely because of its rigorous reduction of painting to a chromatic epistemology – established a paradigm of painterly autonomy that would become the inevitable subject of autonomy’s most subversive opponent: the monochrome's paradigm of serial production (in the seemingly endless return of the "last painting" and the almost formulaic elaborations of the “primary colors” in the post war period (e.g. the painting of Newman, Kelly, Klein, Marden, and others).

In the post-War period there were also important attempts to resuscitate an aesthetic of autonomy, such as in the writings of the American formalist Clement Greenberg in New York, and in those of Theodor W. Adorno, in Frankfurt after his return from American exile. Both authors have been credited (and criticized) for their attempts to theorize aesthetic autonomy after the historically traumatic experience of the Holocaust and industrialized mass destruction. Ironically, both authors shared an earlier attraction to Marxist theory which, of course, had always rejected all claims of autonomy given that the subject in any system is inherently already determined by ideology, class, economic distribution, and access to (or lack thereof) the means of production. Nevertheless, Adorno and Greenberg both insisted on the necessity of a late-modernist "autonomy" aesthetic, albeit in extremely different ways. And it is certainly no coincidence that both authors chose the work of Jackson Pollock as their primary example for substantiating their respective arguments for autonomy in the visual field. (Both of their interpretations of Pollock have since then been dismantled.)

It is typical, however, of New York in the immediate post war era that, in the face of the manifest historical failures of its European avant-garde predecessors, this renewal of Neo-Kantian and Neo-Positivist aesthetics was enacted with the interest of constituting a new American Modernism. But Greenberg's aesthetic of autonomy was equally driven by a general repression of political thought — the repression of recent history (the Holocaust and devastation of Hiroshima and Nagasaki) as a caesura of civilization — and by the pressures of depoliticization that defined the McCarthy period. In extreme contrast, Adorno’s reading of Pollock, while fully cognizant of the impossibility of redeeming Modernism after Auschwitz, invests painting with a dimension of negative dialectics. Yet is is one that failed to see the imminent connection of Pollock’s painting to the culture industry.

It would then seem that the concept of aesthetic autonomy – like a ghost of the bourgeoisie or utopian thought itself – perpetually returns given that insight into autonomy’s fundamentally ideological nature is repressed. As late as 1970, Louis Althusser singled out “aesthetic autonomy,” along with the exact sciences, as one of two disciplinary formations capable of opposing if not dismantling the totality of ideological state apparatuses.

Since then, post-structuralist and psychoanalytical theory have made obvious the fact that only a thought that makes the discursive and institutional mediation of aesthetic practice invisible can claim to be based in aesthetic autonomy. This form of denial becomes all the more urgent as, increasingly (and at present more than ever), aesthetic production can be defined as a system of economic exchange and the production of surplus value (of ideological affirmation and of accelerated economic growth).