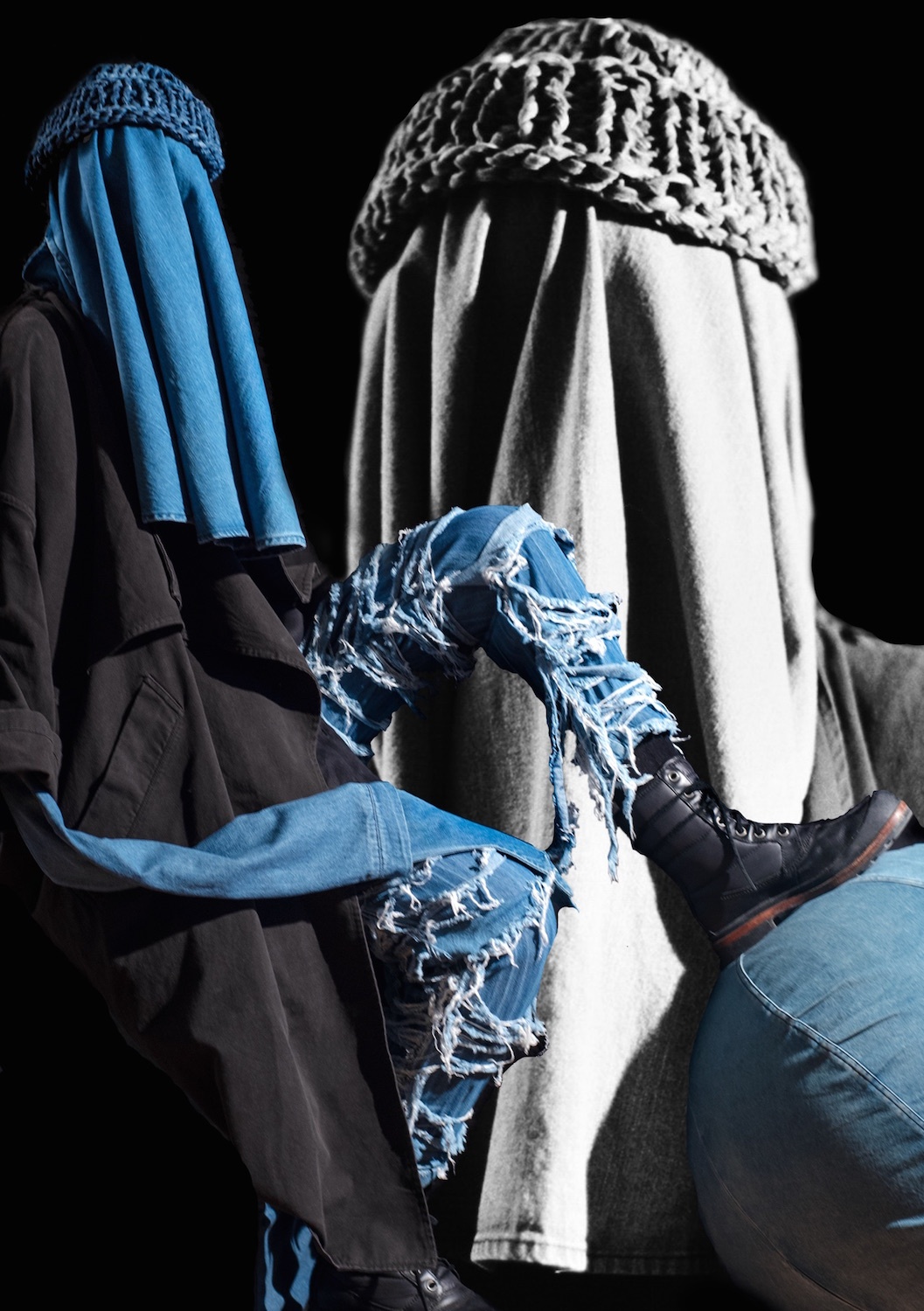 A nun’s habit, a double sleeping bag, an enormous woven scarf – each made entirely of denim. There is a hippie vibe to this LA-based label’s outsize, often even cartoonish plays on cut and scale, but the freedom suggested in the clothing’s excessively loose folds isn’t one to be nostalgically associated with the sun-kissed future-bourgeoisie of the sexual revolution. Rather, this motley range of forms works to unseat denim’s ties to any single scene or subculture – whether love children or the original wearers of Levi Strauss & Co.’s late nineteenth-century-patented jeans – instead celebrating indigo denim’s diffusion across the globe. The designer behind 69 remains anonymous, however. It’s an impulse the label often quite theatrically reinforces, as in, for example, its AW 2016 collection: In what seemed to function as an answer to both the secrecy-as-luxury logic of Margiela’s diamond masks and the primacy of visibility politics among similarly young labels, 69’s models were outfitted with shaggy, s/m-esque masks, their identities obscured in a mess of ragged blue denim. (JG)