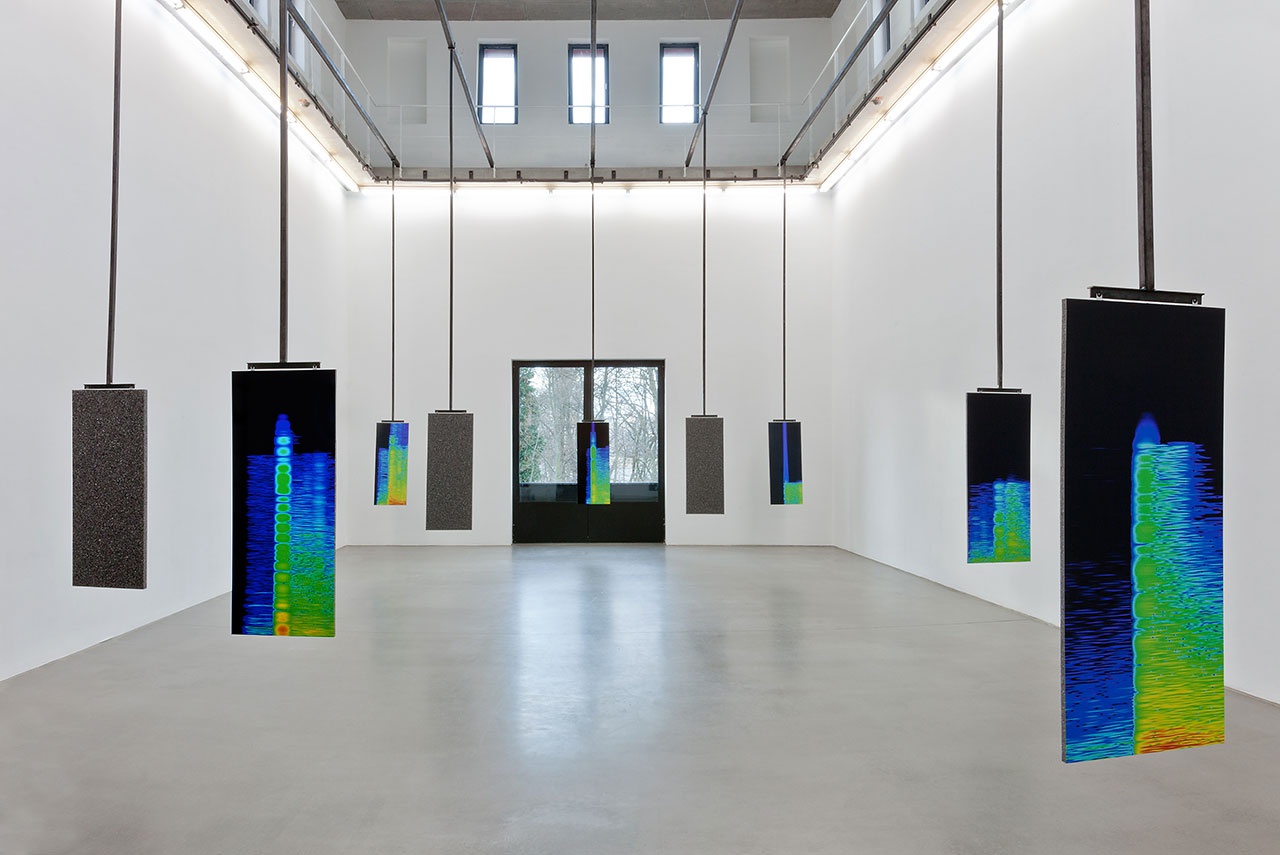 I am an artist whose work would be best described as that of an independent audio investigator or a “private ear.” The works I make are adapted and developed for different forums − not just galleries and museums, but also sites of advocacy and legal work. Most of the investigations I have worked on have been part of or inspired by the investigative work of Forensic Architecture, an agency based at Goldsmiths College in London: cases such as murder investigations, in which, for example, the analysis of the particular sound of a gunshot played a major role in determining the level of culpability of the perpetrator; or an investigation into a Syrian regime torture prison in which the predominant experience and memories of its survivors were acoustic. I have analyzed the voice on a wire-tapped phone recording to see if it belonged to a government minister organizing an illicit transfer of funds. I have set up counter-surveillance platforms that repurpose audio analysis technologies for citizen use, and I have testified at the United Kingdom Asylum Tribunal as to the unethical and unscientific practices of voice analysis for the determination of the origin of refugees. In the service of these and other cases, I have acted in a hybrid capacity between technical specialist and artist to develop a spatial and aesthetic language able to expand forensic work beyond its immediate or expected parameters. Accompanying each investigation that I have helped to produce have been different visual and radiophonic artworks and installations that I have created in order to experiment with the conditions and platforms for listening to evidence and testimony.

It is my training as a musician that qualifies me to work on forensic audio investigations. Being fluent in the anatomy of audio production, I am able to understand the causes of different types of distortion and noise, as well as the ways in which a given sound’s specific frequencies can now be visualized by audio software. These skills allow me to easily interface with the software used in forensic audio examination. It is my formal training as an artist, however, that has augmented this non-expert but proficient training in musical production. Think of Michelangelo Antonioni’s 1966 film “Blow Up,” or more aptly in this context, Brian De Palma’s 1981 thriller “Blow Out” in both, we see an artist (a photographer in “Blow Up” and a B-movie Foley effects artist in “Blow Out”) become a murder investigator. The intensity with which these artist-protagonists see and hear the world in order to reproduce it − each paying very close attention to every grain of an image or every aspect of an audio track − is so great that both artists unintentionally find themselves in the position of being a forensic investigator. In these films, the artists become witnesses to crimes at the threshold of detectability, because it is at the limits of perception that artists are trained to observe, document, and reproduce events. 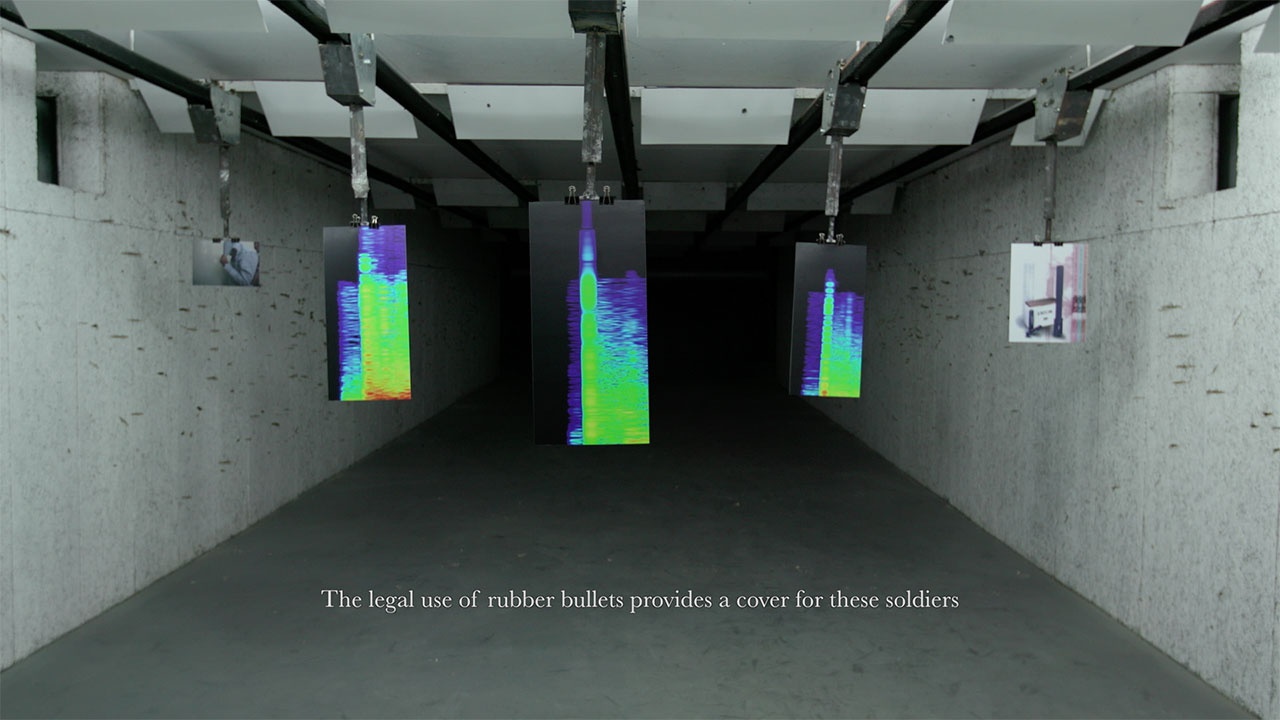 In my practice, I likewise produce claims at the limits of detectability, by, for example: paying attention to the voice in the foreground but also to the neon light buzzing in the background; to the content of communication, but also to the strategies of amplification of the voice itself; to the aural perception of sound as well as its seepage into the other senses. My work is thus concerned with truths that are manifest in the inseparable elements of the environment in which any sound under analysis resounds. Or, that is, I examine sonic evidence both in its own right and as a constituent part of the means through which it becomes politically perceived. In doing so, I draw from disciplines ranging from forensic analysis to critical discourse to law, theology, and philosophy. This hybrid form of engagement is very useful for developing alternative ways for crimes to be heard, and for allowing forms of argumentation that variously adhere to and/or rethink the conventions of forensic production of truth.

This undertaking would be impossible if limited to the textual space of critical discourse. By creating a series of spatial interventions, audio essays, and performances, I am able to not just construct but actually inhabit the specific practices of listening that constitute my research. In this way, sounds are given a chance to speak for themselves, and viewers in turn are able to hear, feel, and perceive the polemics addressed. My projects are thus both made of audio/sound and also about audio/sound, with the listeners positioned in much closer proximity to the voices and sounds under analysis. At times, the audience is invited to listen with the same intensity that one would assume in the context of a forensic examination of sound, thereby rendering the audio works a medium for the transmission of research and for critical thought. As such, listening is not only a receptive activity, but also one that plays a fundamental role in the construction and facilitation of the given sound’s meaning.

Many instances exist in my practice, yet perhaps the most expedient example for explaining this form of experimenting with the conditions by which we listen can be found in my 2012 audio documentary, “The Freedom of Speech Itself.” In this work, the narration locates the work’s argument both in the content of the words spoken and in its sound design: toward the end of the piece, the narration, as it makes reference to an expanded field of legal listening, incrementally moves from the 20 per cent female to 80 percent female – an effect I achieved running “ircam trax,” one of the most advanced digital voice disguise software products, to modify the gender of my voice. As the narrator’s argument intensifies, the voice slowly undergoes an algorithmically assigned gender amplification, which in turn draws listeners directly into the shifting and fluctuating conditions of listening between a voice and its words. The gradual modification of the voice catalyzes an equivalent change in listening, as the work attempts to induce, rather than explain, these machinic and bias practices of listening. 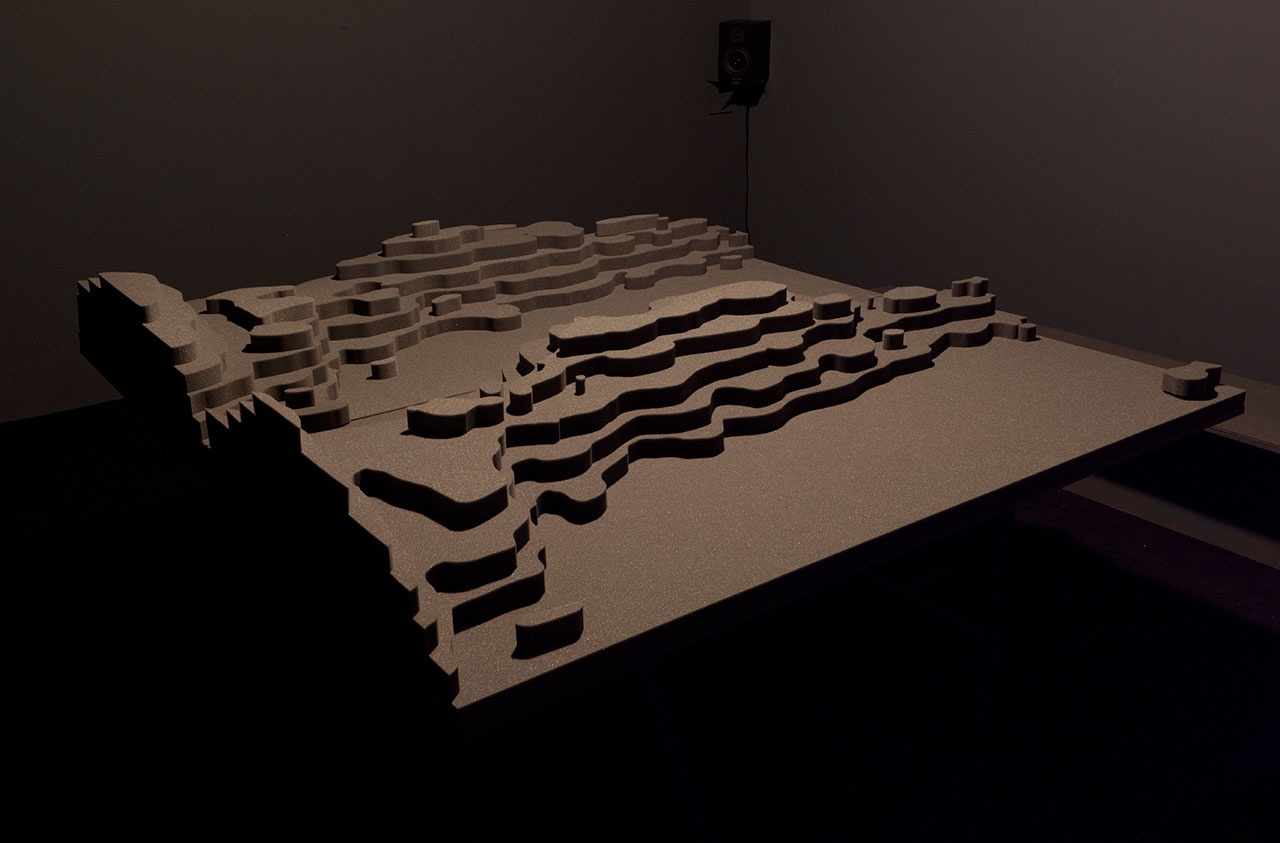 Lawrence Abu Hamdan, „The Freedom of Speech Itself“, 2012

Not infrequently, the language that appears in my artwork is drawn directly from my engagement in real trials. This was the case in the abovementioned work, which drew language from the 2014 Asylum and Immigration Tribunal in London for which I served as an expert witness to the deportation hearing of a Palestinian asylum seeker. This individual became the protagonist of “The Freedom of Speech Itself.” I had been called in to contest the results of an unjust accent analysis administered by Sprakab to which the defendant was subject. My extensive research into this company, which included interviews with senior linguists as well as Sprakab’s own low-level analysts, uniquely qualified me as a witness. Below is a transcript of my closing relay with the judge:

Judge: In relation to your piece on Sprakab and LADO [the accent analysis of asylum seekers], did you reach a conclusion about the efficacy of Sprakab?

LAH: I concurred with the linguists whom I interviewed, who essentially are against its use to determine people’s origin, because of the basic fact that a voice or an accent should not exist as a kind of passport.

After this exchange, the defense lawyer explained to me that there was a subtext to the judge’s question as to whether I felt accent analysis was, in this context, “wholly wrong.” He proceeded to tell me that judges will routinely ask this as a way of determining whether the witness is politically biased. Had I answered “yes,” taking his language or similar into my response, then the entirety of the evidence I presented that day would have been nullified. In effect, the judge was luring me at the threshold of legal audibility, and if I took the bait, my entire testimony would have been marked as the opinion of a politically biased and irrational subject.

That such a threshold exists is relatively well-known: the law must be seen to be consistently neutral and to operate within the boundaries written into law. Yet where the judge decides to position this line of neutrality is a political act, which is occluded from those called to testify who are not legally experienced. I had not interpreted that question as a frame for this border between irrelevant political opinion and legitimate testimony until I was made aware of it from the experience of the lawyer. There were stakes embedded in my response that were coded into the legal forms of listening but that were inaccessible to myself as a speaker. In other words, I was free to speak my full opinion, but there was a very narrow bandwidth in which my voice had to perform in order to be heard legally. If I had expressed anything other than a reformist position to what I believed but could not say to be a wholly unscientific and unethical policy, my testimony would have been withdrawn from the space of legal performativity. It would have been treated as political opinion and not legal speech, in spite of the fact that it would still remain part of the transcript of the trial. We see how this threshold operates as a form of exclusion that does not censor the speaker in an obvious or tangible way, but rather by setting invisible and intangible limits of legal audibility, which means that one’s well-informed testimony can become legally inaudible and therefore irrelevant, while remaining physically audible to all present.

Chronicling this experience at the Asylum Tribunal underscores for me how art − in contrast to the space of law − allows for productive experimentation beyond the tight thresholds of legitimate speech offered by legal and political forums. Ideally this methodology will open up new kinds of sonic claims, new means by which we can hear, among other things, how we ourselves are being heard by the long ear of the law. The goal of using the law and its “hearings” as an artistic medium of experimentation is to push at its boundaries and find new modes of political speech and subjectivity; a new spectrum of sounds and silences by which we can make audible those at the threshold of politics − the ghettoized, the political prisoner, the colonized, and the migrant.