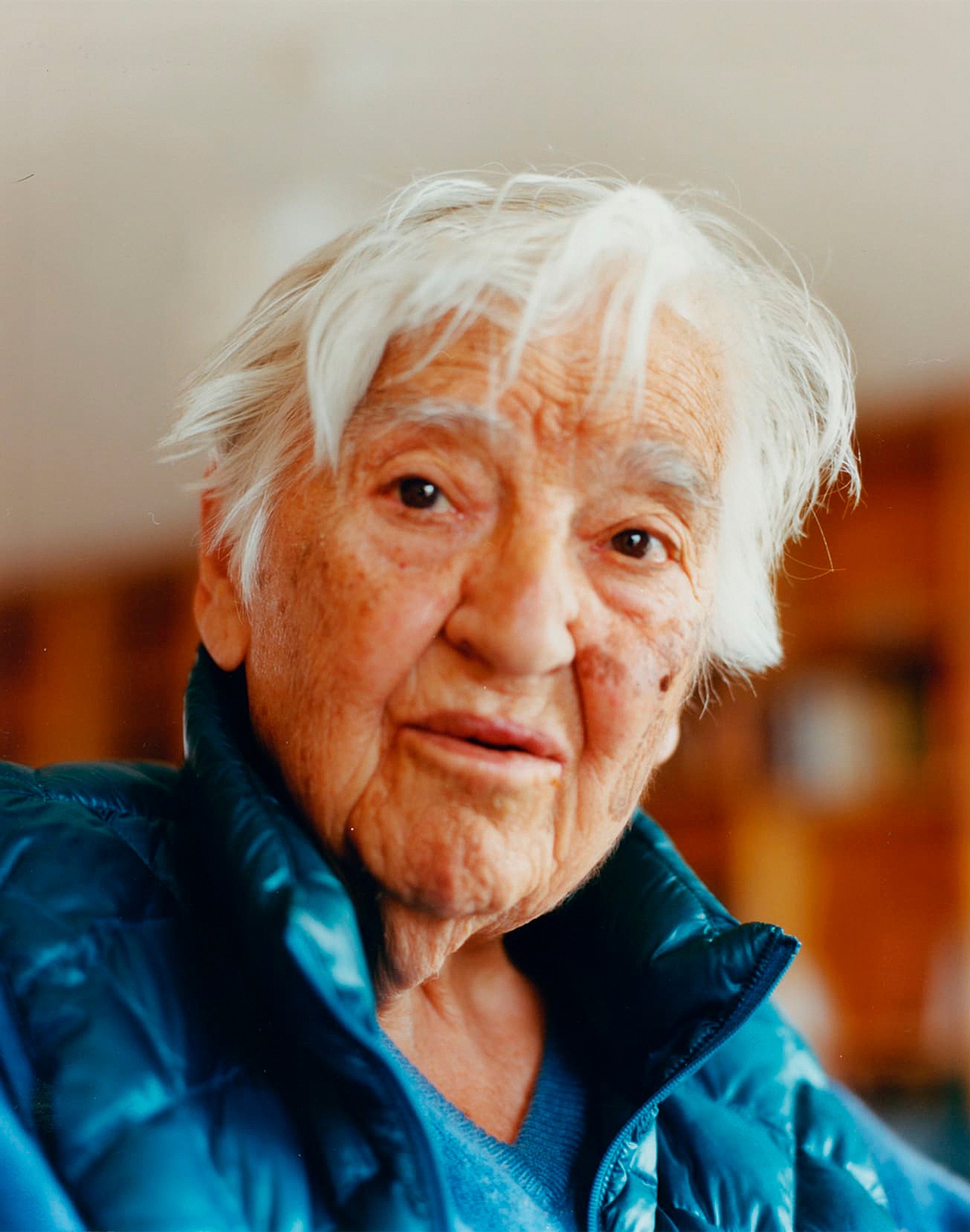 In 2014, Etel Adnan sent me a text that began: “These days I am feeling eager to tell things as they are.” She was 88, she had been telling things as they were for a long time, in myriad ways, myriad materials, in multiple languages and surfaces and systems. Still, her insistence on issuing forth some truth was as mineral and magnetic – as cosmically electrifying – as it ever was. Her clarifying truth was, in this case, about the fact of finding fame late in life and the way in which other people’s preoccupation with her age stirred up complicated feelings of mortality within her. “Listen, one can manage to live in continuity with one’s past and not bother with thoughts over years and numbers,” she wrote me. “But now I am considering that I may die soon, that many things and projects that are in the making, worldwide, will be missed by me.”

Over the past decade, Adnan’s work and influence, that is, the lucid enormity of her spectral vision – its ecstatic realism, as I might put it, its “latent prophecy,” as she once did – has been seemingly everywhere. Her paintings – so pacific in tone and subject – shown at Documenta 13 in Kassel and in exhibitions across the world. Her books of English-language poetry regularly published, and the singular, delirious poetics of her defining books of fiction, nonfiction, and book-length lyrics – central examples of both Arab and French literatures as well as West Coast American poetry – collected in a necessary two-volume reader called To Look at the Sea Is to Become What One Is. For all this, it is difficult to remember that this fame did indeed arrive late and of late. And yet. And so. Let’s go back – to some years, numbers, poems, images, even.

Adnan was born in Beirut, Lebanon, in 1925, into a “small garden city,” where from every pale street you could see some blue pane of sea. The Lebanese state had only been born five years earlier, carved out of Syria by France; it was new too. Adnan swam in that blue sea and attended French colonial schools in which Arabic was forbidden; anyway, she didn’t know it. Her mother was a Greek Christian born in Smyrna, famous for the beauty of its women and then its genocidal fire; her father was an Arab, a Syrian Muslim ­Ottoman officer born in Damascus. Her mother spoke Greek and her father Arabic, but together, at home, they spoke Turkish. Her father attempted to teach his daughter Arabic but quickly gave up. Her parents, then, were part of one laconically dissolving empire and set of imaginaries, and Adnan another.

In her French colonial schools, Adnan received her first sense of alienation – the French canon bore no relationship to her life in the Eastern Mediterranean – and also her vocation. At Beirut’s École des lettres, led by the French literary critic and chief colonial education administrator Gabriel Bounoure, Adnan, at age 20, began writing poetry. Her first poem, “Le Livre de la Mer,” posits the sun and the sea within “a kind of cosmic eroticism,” presaging the dueling images and elements that would constitute her oeuvre to come. She had found her voice, her earthly-celestial cosmology immediately. But the poem also identified a problem: that of language. “The Book of the Sea” could not be translated into Arabic. In French, the sea is a feminine noun, and the sun is a masculine one. “In Arabic,” Adnan writes, “it is the contrary: the whole poem is developed along the metaphor of the sea being a woman and the sun a warrior, or a masculine principle. So the poem is not only untranslatable, it is, in a genuine sense, unthinkable in Arabic.” What is thinkable and what is not – because of language, gender, violence, displacement, colonial amnesia, technology, poverty, binary systems of imperial power and dispossession – would become central to Adnan’s project. Her sensibility would constellate and collate disparate worlds, imaginaries, histories, resisting enforced borders and implied boundaries (to thought as all else) – but not quite yet.

In the early 1950s, Adnan moved to Paris to study philosophy at the Sorbonne, then quickly, presciently, transferred to UC Berkeley, in California. California’s landscape – its language, poetry, politics, ocean, but mostly one of its mountains – was pivotal. It helped resolve Adnan’s language problem. Though she would teach aesthetics in California for more than a decade, Adnan felt that, after Hölderlin and Heidegger, philosophy found its “greatest expression in poetry.” Here, against the backdrop of wars waged by empires against colonial subjects, the Algerian War and the Vietnam War (note that both France and the United States remain unnamed, unsayable, and thus unthinkable), Adnan began to reconstruct her poetics (“This is the oppressor’s language / yet I need it to talk to you,” per Adrienne Rich). Her revelation: “I didn’t need to write in French anymore, I was going to paint in Arabic.” Adnan began painting. Her regular subject and central relationship became Mount Tamalpais, à la Cézanne’s Mont Sainte-Victoire and Hokusai’s Mount Fuji. “Mountains are transitions. They are impatient spaceships.” And: “Mountains are women.”

In 1972, Adnan returned to Beirut, working for newspapers and meeting the Damascus-born artist and publisher Simone Fattal, who would become her lifelong partner. The Lebanese Civil War broke out. Its catastrophe forced her to leave; it also became the subject of her greatest works: the magnificent, shattering novella Sitt Marie Rose (1978), about a Lebanese woman teacher murdered by Christian militias for siding with Palestinian refugees, and the book-length poem The Arab Apocalypse (1989), a lyrical, indexical measure of color and violence in a sunstruck, glitteringly genocidal world of narcotic refrains and telegrammic end-stops. Every year, I spend an afternoon reading The Arab Apocalypse out loud with my students. With its solar violence and lunar voyages, mineral exiles and stuttering radio communications of maniacal mystics, the poem places the European genocide of Indigenous Americans in continuum with the French and American atrocities in the Arab world, in continuum with the Nakba in Palestine and the European powers’ carving up of Africa and the enslavement of its peoples, in continuum with Hellenistic and Indigenous and Babylonian and Islamic pantheons of gods, cybernetics with celestial futures both solar and lunar.

“The sun and the moon are the same thing. The moon and the sea are the same thing. The sea and the sun…” Adnan’s visionary writings are striated by Kurdish poets, Syrian workers, Islamic mystics, American astronauts, Hopi thinkers, Pharaonic astronomers, Californian painters, German filmmakers, Egyptian goddesses, Lebanese documentarians, exiles of every stripe, murderous militias; by the imprisoned, the marginalized, the loved, the insane, the mothered, the unmothered, the unmoored, the unmourned; by suns, moons, mountains, seas, trees, fog, electricity, trains, horses, spaceships. It is a cosmopolitics; it is rapturous resistance. Her writing does not stand witness just to the horrors of our world but to the dream worlds – the imaginaries and extractive ideologies and divine flights – that are both undertow of that violence and the waves of ecstatic life cresting it, despite death. “It seems to me that I write what I see, paint what I am.”

Her paintings, then, with their knifelike panes of constellated color, remain in the realm of an abstracted nature – prophetic and distanciated, in spirited relation – and of the affective forms and hues in which our minds attempt to make sense of it. “My spirit is anguished by color,” she writes. “Do colors have the power to break the time barrier?” Red is the color that often finishes her paintings, some small crimson window that says stop. The “latent prophecy” that Adnan associates with Mount Tamalpais extends to her poetics, finding its clearest form in the angels that preoccupy her, from Klee and Benjamin to Arab mystics and Iraqi poets. “In a painting you may be bringing down an angel,” she writes. “Through the long night of the species we go on, somehow blindly, and we give a name to our need for a breakthrough: we call it the Angel, or call it Art, or call it the Mountain.”

On November 14, 2021, when I heard that Adnan had died, I remembered the text that she had sent to me, in 2014, about her disquiet with fame and age. She ended it with an uppercase rush of words: “I AM AFRAID OF DEATH, YES, BUT I AM ALSO MORE AFRAID OF IMMORTALITY.” What is immortality, though? What is death? What is heaven? What hell? In Adnan’s long poem “The Beirut–Hell Express,” two horses recite Mao, and she notes, “my uneasiness / to be heroic.” Well. Elsewhere, in her summit-strewn book Journey to Mount Tamalpais (1986), she once wrote:

I would like heaven to be a place where I can go to talk to Paul Klee. Together we will look at circles and see dots in them and in the dots we will discover universes and we would visit them within all the houses he has painted.

I imagine that, after this heavenly visit to Klee’s painted houses, Adnan is now, in turn, showing Klee her paintings of her mountain, their two heads close as they inspect each orb and pane of color, numinous as the portals in Klee’s nocturnal, polyphonic images. And then Adnan and Klee will begin their hike into Mount Tamalpais, up and over her gentle crest, disappearing into the setting sun of the backlit mountain, illumined as some movie set, the setting star engulfing earth with ecstatic, literate light, which, once dispelled, becomes a cosmic and ardent dark. In which angels like Adnan and Klee might travel, calm or storm. “Painting landscapes is creating cosmic events,” Adnan writes. Her oeuvre and life are themselves a cosmic event, of this I am sure. One fueled by solar gases and the material intelligence of stardust, as well as the continuum by which we trace such spectral and astonishing events as ­Adnan, her comet-like tail made of poetry, painting, fog, friendship, love, justice, moon, sun, sea, and her Mount Tamalpais.

Quinn Latimer is the author of Like a Woman: Essays, Readings, Poems (Sternberg Press, 2017). Her writings have appeared in Artforum, The Paris Review, The White Review, and elsewhere, and she is head of the MFA program at Institut Kunst Gender Natur at FHNW in Basel. 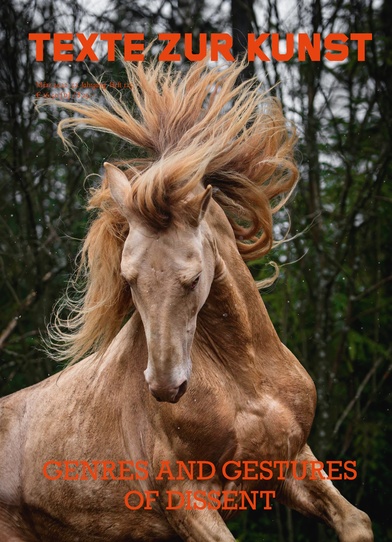