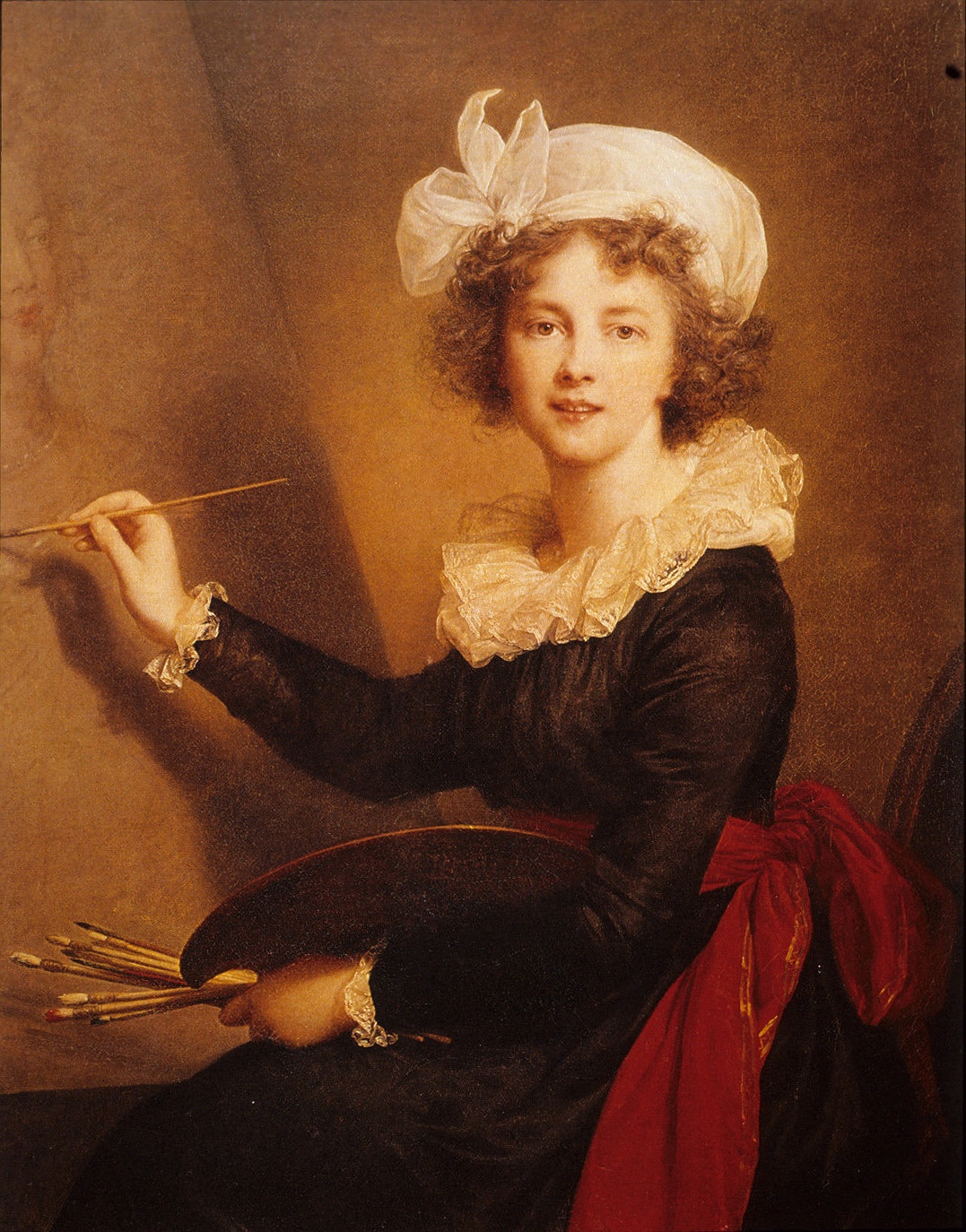 Linda Nochlin’s question, “Why have there been no great women* artists,” is widely regarded as having launched feminist art history. 50 years after Nochlin’s survey, the time has yet again come to take stock: What significance, if any, does gender have for art scholarship today? In which ways does the concept still serve as a category in feminist art-history? And how does it change in light of queer theory? On the occasion of our December issue on feminism, we are again sharing Pamela M. Lee’s text from “Texte zur Kunst’s” 2011 issue on the same topic. To claim that we are living in post-feminist times, Lee argues, would be an overly optimistic and therefore dangerous diagnosis of the rights of women*, which have long been fought for but remain under threat.

Those who would codify the meanings of words fight a losing battle, for words, like the ideas and things they are meant to signify, have a history… It seems to me significant that the use of the word “gender” has emerged at a moment of great epistemological turmoil that takes the form, in some cases, of a shift from scientific to literary paradigms among social scientists…and, in other cases, the form of debates about theory between those who assert the transparency of facts and those who insist that all reality is construed or constructed…

Two recent episodes from the classroom and environs frame the question of gender and its continued relevance for the history of art. They bracket the range of responses to your question, stemming from vastly different agendas on the ideological, cultural, and political spectrum. Yet treated as equal but opposite sides of the same coin, these examples cohere around a popular phrase that was long ago exhausted in the United States. More accurately put, the phrase never attained critical currency in the first place. That term is “post-feminism” and I resuscitate it here not because I ever subscribed to its message (nothing could be further from my position) but because, in too many ways, it seems to anticipate the more recent fortunes of gender and the teaching of art history, such that the qualifier “post” suggests the question of gender in the classroom as a virtually foregone conclusion. Indeed, if definitions of gender have typically centered around what Joan Scott called “the relational aspect of normative definitions of femininity” then it might be helpful, if only for negative purposes, to reintroduce the notion of post-feminism as a mechanism for recoding those relational dimensions today.

To such ends, my first anecdote comes from the introductory art history class I am currently teaching at Stanford University. A “toolbox” approach to the discipline, the course eschews the conventional chronological format and its rote litanies of monuments. Instead it is organized around both thematic and methodological rubrics, including topics such as “representation”, “formalism”, “iconography”, and “reception”. Although my session on feminist art history has yet to take place, a brief incident in the lecture hall flagged the pedagogical issues raised by the Texte zur Kunst editors, betraying either a cavalier or nonplussed attitude toward matters of gender. One lecture was devoted to the topic of portraiture, self-portraiture, power, and self-fashioning. We confronted the most canonical examples associated with the tradition of self-portraiture: Albrecht Dürer modeled as Ecce Homo, for example, or the tenebrous meditations in oil of both the young and old Rembrandt. And we discussed the various ways in which each artist deployed the visual rhetoric of power in their work, whether fashioning one’s person as a godlike man, or draping the self in the stock accoutrements of an affluent life, such as gold chains and furs. Students grasped the repertoire of poses, gestures, props, and attitudes that communicated each artist’s self-positioning. They spoke to how the capacity to render one’s own image was akin to making a peculiar claim for sovereignty, a kind of performance of identity and autonomy.

But when it came to discussing a self-portrait by Élisabeth Vigée-Lebrun (1755–1842), on the other hand, I could only be struck by the silence. In Vigée-Lebrun’s painting of 1790, produced in Rome after she fled revolutionary France due to her royalist connections and sympathies, the artist is outfitted with the standard emblems of artistic selfhood. She paints herself as open and self-possessed, as if the events leading up to her exile had barely registered. Palette and easel are proudly displayed; the painter’s smock plainly broadcasts her metier. Yet if students could identify these attributes immediately they said nothing about the figure around which they were collected. When pressed on the question of power and representation, for instance, no mention was made of the gender of the artist, much less what it might have signified for the pre-revolutionary moment in which Vigée-Lebrun’s career flourished. Not that they hadn’t already been briefed on the matter. Moments earlier, I had provided a biography of the artist, detailing her success as a portraitist for Marie Antoinette and her later recognition by various European academies. And I pointed further to the unfinished canvas included in the self-portrait, the half-drawn image of the doomed regent clearly visible in the murk. In short, the painting blatantly telegraphs the artist’s aristocratic patronage as it (self-servingly) consolidates the authority of the artist in adjunct terms.

Vigée-Lebrun’s example has been a charged one for feminist art historians. She is not an uncontroversial figure. For this reason, what gave me pause in this exchange was that her gender had become a transparency – certainly no more and no less important than that of her far more famous male counterparts. Her position as a figure embedded in the social relation was assumed; utterly non-controversial. The art-historical interest of a woman representing the self – and in privileged service to a most powerful female ruler at that time – was all but beside the point. Perhaps it was largesse on the part of students that Vigée-Lebrun’s gender was a non-issue: I could only guess they might say that a woman should have every right to be a successful artist, regardless of her employ or her gender. Still, maybe the relative quiet on this topic was borne of collective naiveté (if not necessarily ignorance), as if the subject were of no more contemporary relevance than if we were to pointedly address Dürer’s masculinity in analogous terms.

In a very different register, my second anecdote concerning gender and art-historical pedagogy centers on a recent meeting I had with a former student, who had graduated several years ago. This vibrantly talented young woman has ample experience in both the art world and the activist communities of San Francisco, where she works assiduously on behalf of queer youth, particularly of color. I have always been impressed by the combination of her politics and intellectual commitment and am unequivocally supportive of her desire to pursue an advanced degree in the history of art. In the course of our conversation, we discussed programs and potential scholars with whom she might work, the methods and research agendas of such individuals, and the institutional protocols guiding the actual application process.

Because I had so thoroughly enjoyed our conversation, however, it only occurred to me after the fact that virtually none of her responses focused on gender studies, nor feminist scholarship as such. I acknowledge that this is a strange, even counterintuitive observation, given the ample recourse the student took to queer politics and the advances of queer theory in the academy (art history in particular). But in thinking retrospectively on our exchange – specifically my advice for researching advisors sympathetic to her interests – I was surprised how little these suggestions gained any traction, as if queer theory had transcended the historiographic mandates of gender study (as well as feminism) as something far more radical and contemporary. Which is not at all to say that the student hadn’t ever considered how the analysis of gender precipitates queer theory. Of course she has. For what could be more socially “relational” in its definitions than the term “gender”, with its decisive rejection of biological determinism? And what lesson, in turn, is more fundamental for queer theory? Perhaps the category of gender itself was something assumed in the student’s more current attitudes toward queerness, and therefore (in a wholly paradoxical vein) of less topicality for her investigations, something that did not require extensive belaboring.

At this point, I need to acknowledge that there is something distinctly generational about all of the above remarks. In discussing the emergence of queer theory over the years with second-wave feminists, those who fought institutional sexism and critically analyzed patriarchy as a matter of course, a tentative note of concern has been sounded regarding the assumptions a younger generation has made relative to gender politics, let alone sexism. It is in this sense that the discredited notion of “post-feminism” becomes disturbingly instructive on account of its bivalent and split associations for both reactionary and progressive politics, whether in the university or elsewhere. Indeed, if this insidious phrase, a hangover of the culture wars from nearly 20 years ago, suggested that feminism was a done project, as if the ambitions of the women’s rights movement had been met and thoroughly internalized within the culture, it likewise suggests that the category or question of “woman” as an object of historical and sociological analysis no longer maintains the same scholarly urgency. Gender gets thrown by the wayside by extension, not because the positivist or essentializing claims around sex and sexuality that the term was meant to counter have returned, so much as the politics subtending it have seemingly been eclipsed.

All of which leads me to pose a blunt, to the point of crude, question: are we living in a “post-gender” moment, a function of the extent to which “post-feminism” has all but been naturalized as the way things are, as a historical transparency or inevitability? More than 20 years ago, Joan Wallach Scott published her important volume “Gender and the Politics of History” (1988), calling gender a “useful category of historical analysis”. In a manner that continues to impact our current deliberations, she also forewarned of the fugitive character of the term itself, as befitting its necessarily relational dimensions. Indeed the first sentence in one of the book’s signature essays all but recommends such a vigilant attitude, a notion that we would do well to heed today. “Those who would codify the meanings of words fight a losing battle”, she writes, “for words, like the ideas and things they are meant to signify, have a history.”