The June issue of Texte zur Kunst is dedicated to the curator, a figure in the art field that has gained authority over the past two decades. Ever since Harald Szeemann’s trendsetting documenta 5 (1972), “the independent curator” has counted as a new preeminent player in the art world. No longer employed by a museum but instead an initiator and author of project-based presentations at various institutions, the figure of the curator is also associated with the emergence of thematic group shows, in which artworks, everyday objects, and documents, as equally treated exhibits, are meant to illustrate a hypothetical curatorial concept. In the art world of the 1990s – which was characterized by relations and interdisciplinarity, contexts and displays – curatorial activities were both popularized and professionalized. Curators increasingly acted as skilled networkers whose influence also grew due to the rising number of international biennials. At the same time, the notion of the curator or of curating has expanded beyond the confined boundaries of the art field and can now be found in all areas of cultural production.

This development is reason enough for us to examine how this rapid rise came about and what curatorial power really means. In his article, Oliver Marchart shows that the figure of the curator expresses the “new spirit of capitalism” as described by Luc Boltanski and Ève Chiapello. Since curatorial activity is defined by the reciprocal engendering and activation of a network of institutions, persons, and objects, as well as ever-new exhibition projects, the figure of the curator promises symbolic recognition and social success in a world structured as a “project-based polis”. At the same time, the curator can share the status of autonomy that was hitherto reserved for artists. In a long globalized art business, however, the figure of the curator can no longer function as a single, individual endower of meaning, so that today, according to Marchart, he or she is increasingly dependent on teamwork and other forms of collective cooperation.

Beatrice von Bismarck also calls for grasping curating foremost as a collective practice. In contrast to Marchart, however, she argues that through forms of curatorial collaboration the individual player does not have to be seen merely as part of a larger working structure, but that the individual curator, as a person, ultimately recedes to the background due to this shift. Therefore the focus could be placed on the act of curating itself, a step that leads above all to a self-reflection of curatorial action.

Sabeth Buchmann takes a look back in time. Her essay deals with Lucy R. Lippard and her curatorial and art-critical projects. Oriented toward Conceptual Art, the exhibitions Lippard organized in the late 1960s already prompted discussions on the transgression of authorship between artists and curators – a debate that still continues today. Lippard understood herself less as an individual author than as a collector and arranger – an act of de-professionalization allowing her to connect journalistic and curatorial activities.

Heinz Bude also makes clear that curating is not limited to the compilation of artworks for an exhibition. Using the example of the interview practice of Hans-Ulrich Obrist, he shows that the task of the curator today can consist in using art as an occasion for a discussion whose participants can meet for the purpose of mutual exchange. The curator does not collect, as in the case of Lippard, but gathers, in the sense of Bruno Latour.

The debates on authorship have not only led to (mis)understanding curatorial practice as an artistic act. Conversely, artists have also adopted curatorial strategies. What lies behind this is not only the pursuit of self-empowerment in the sense of institution-critical practices, but simultaneously the appropriating handling of the material of others in the tradition of the readymade and Appropriation Art. Dieter Roelstraete focuses on the phenomenon of the “artist-curator” in his commentary. If the roles in the art world permeate each other anyway, wouldn’t it be time to leave any kind of attribution behind?

The discussion to which we invited Natasa Ilic, Maria Lind, Nicolaus Schafhausen, and Jakob Schillinger reveals how curators themselves assess their activities and influence, and how they characterize their relationship to artists. Our survey among artists, in which Monica Bonvicini, Claire Fontaine, Mariechen Danz, Olaf Nicolai, Adrian Piper, and Thomas Scheibitz took part, shows the range of artist-curator relationships from the other side.

In all of this issue’s contributions, the rise of the curator is perceived in the wake of the art field’s increasing professionalization and differentiation – including trends running counter to this development. Thus, a perspective is opened that allows taking a fundamental look at the hegemonic structures in the art business and its effects. The result, for us, is that an important step in gaining a deeper understanding of curatorial practice must lie in departing from the one-sided focus on individual people and achievements. 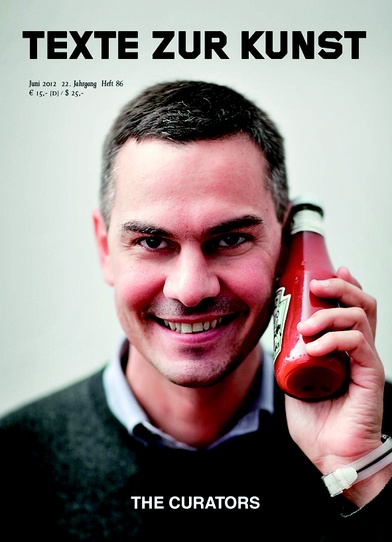