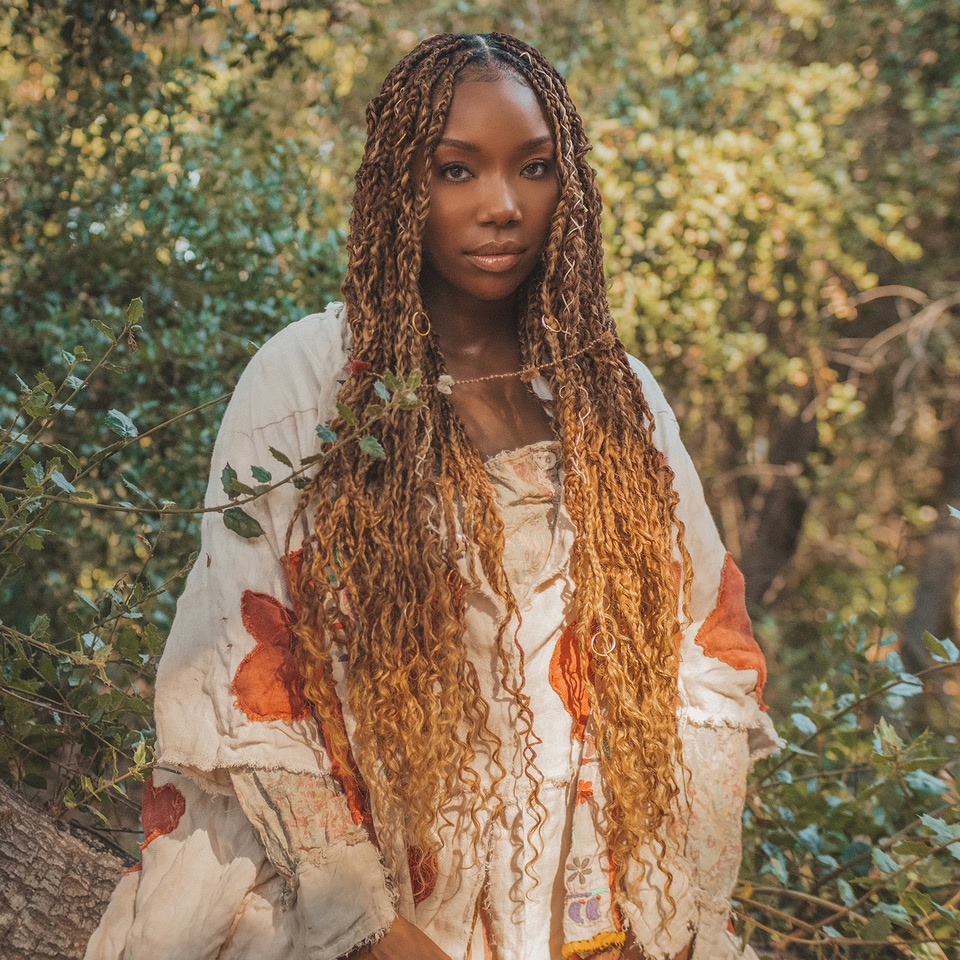 To sensationalize Brandy’s revival is to miss the point. After eight years of silence, Brandy released her seventh studio album, B7 last month, and yet one thing is clear: Brandy never really left. Her legacy thrives in the “abstract, hand-drawn soundscapes” of her successors, threading its way through unexpected channels. As Joel Lev and Alex Fleming unravel the web of her influence B7 winds us into the transgressive and sometimes hermetic mystery at the album’s center: Brandy herself.

“There is a gap in ‘world pain’ through which the singular falls continually and forever; a body falling in observable space, deprived of the privacy of disappearance; as if privacy, moving relentlessly away, by the very sustaining power of its withdrawal kept the body eternally moving downward, but in one place, and perpetually before the eye. Such a singular was Nora.” [1]

The spiral gives shape to our moment. A spiral is not a direct plummet; it curves and stretches. The general direction of a spiral is clear, inevitable, even when its destination is unknown. A spiral takes the scenic route, extending the opportunity for outside observation, and thus for shame. Its curvature is the thread on a screw, tightening inexorably toward a descent that’s already foretold, but with an improvisational curlicue, a kind of campy excess. Its form is an insult added decoratively to injury. The spiral, in common meme parlance, may describe being locked into a personal flight pattern, but it also conveys a kind of curiosity: What bullshit will I get up to this time around?

Brandy released her first album in 1994 at fifteen, selling 6 million records. Reviews lingered with pleasure or dismissiveness on her youth and innocence, often by explicit comparison with the imagined sexual precocity of other young R&B artists like Aaliyah and Monica. Buoyed by her sitcom, Moesha, Brandy’s second album, Never Say Never (1998), was also a commercial success.

It was Brandy’s third LP, Full Moon (2002), meant as a coming-of-age album, that began to explicitly thematize desire as a deep and sinuous unwinding. Now considered among her strongest works, it also marked the beginning of Brandy’s long critical and commercial fall. Piers Martin, writing for NME, panned the now celebrated album as a “velvet-lined bucket of slush” by a “photogenic warbler [who] appears to be experiencing a premature mid-life crisis … murmuring sweet nothings to anyone insane enough to listen.” [2] Other reviews demonstrate a similar mixture of desire and aversion. After a storm of media speculation about Brandy’s personal life and a pregnancy she was initially made to hide, Atlantic dropped its promotional campaign, and Full Moon sold only a million copies – enough to go platinum, but seen nonetheless as a disappointment.

Every album since has been inscribed in this long commercial decline, finding mixed and at times condescending critical reception. And yet, it is Brandy’s own protracted investigation, lyrically and musically, of the form of the spiral – of coiled emotional descent – that continues to influence a generation of younger musicians. In addition to her omnipresence in popular culture through prolific citation, Brandy has forged an “artist’s artist” following. Echoes of her looping, melismatic sound are especially evident in the last decade’s club culture, through parties like Venus X’s GHE20GOTH1K in New York, Janus in Berlin, and Ms. Carrie Stack’s PDA in London. Artists including Total Freedom, Elysia Crampton, Kingdom, Why Be, and MssingNo consistently reinterpret Brandy’s sound. In a 2015 interview, the artist serpentwithfeet describes how “gay boys in Harlem were doing Brandy runs and mimicking her tone. I call them Boy-Brandys. I’m a Boy-Brandy.” [3] The influence of her tone perhaps lies in its undefended vulnerability alongside a cool, girlish precision so surgical that, according to Robert Glasper, her vocals cannot be fully autotuned. [4]

Expanding in the wake of these juxtapositions, one finds the abstract, hand-drawn soundscapes of artists like DJ Celes, Drumloop, and Irimiás who merge reflective bedroom pop with noise textures pulled from power electronics and free jazz. Fellow Hyperdub artists Klein and MHYSA, two visionary figures in experimental music of the past several years, are outspoken Brandy fans who make frequent reference to her legacy and aesthetics, pulling her emotive vocal techniques into contact with dissonant textures. Like Brandy, Klein also has a penchant for spiraling. A Resident Advisor interview with her reports: “The most-used term in her vocabulary is ‘spiral,’ which she deploys as both a verb and an adjective.” [5]

On Brandy’s seventh studio album, B7, her influence on others circles back to influence her. Dialed down, her writing and production choices are idiosyncratic; at times hermetic, withdrawn, even esoteric. Partnering with an empathetic DJ Darhyl Camper, B7 offers a skeleton key to an inner world alive with reflection. On songs like “Borderline,” Brandy communicates loss as limitless, impossible space. Through her unique distribution of vocal presence, backgrounds play call and response as the foreground contracts. Counterposing ascending and descending motifs, she fuses Bachian organ music with chord progressions emanating from the Black church, capturing what it feels like to fall endlessly in place. 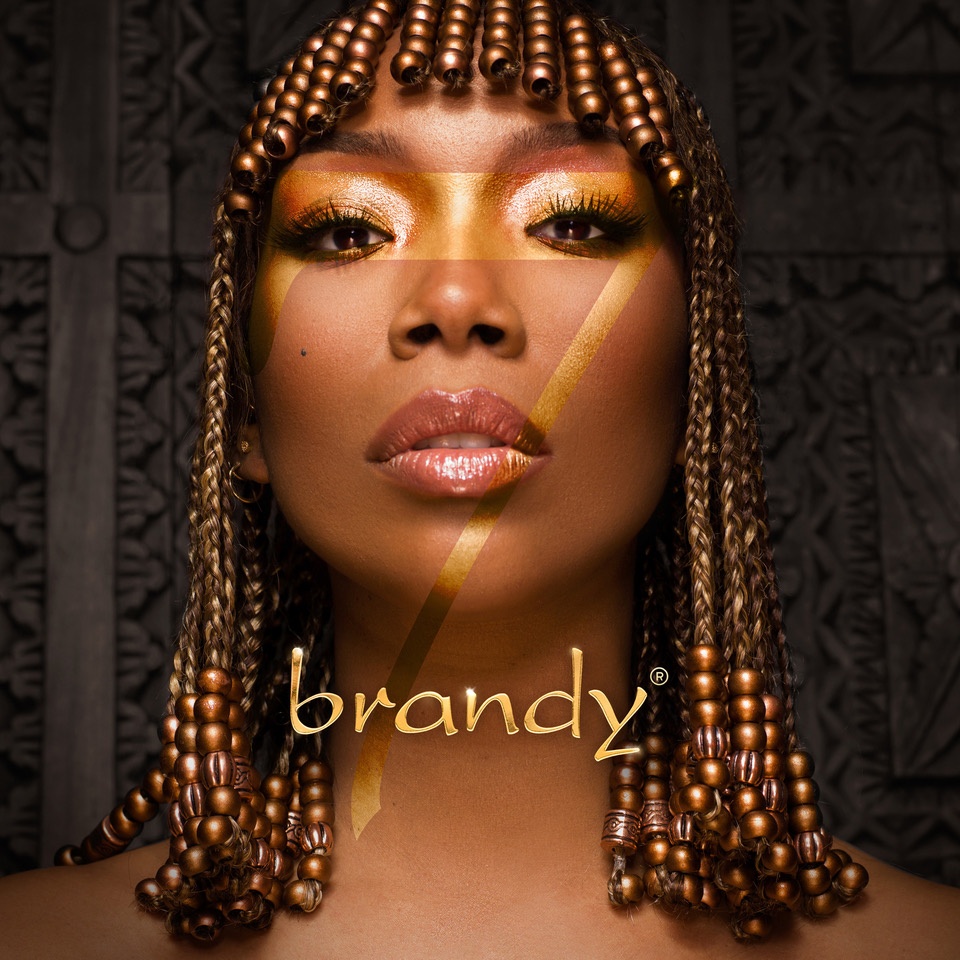 By the time we reach “Lucid Dreams,” stalactites are dripping. Here Brandy swims through a watery isolated landscape to explore depression, drug abuse, and suicidal thoughts. In spite of these dark themes, Brandy maintains a kind of underwater warmth throughout. People suffering from opioid addiction often describe a feeling of submersion, floating, and spatial disorientation. Figure–ground relations become stretched and subjectivity is experienced as an unstable convergence.

These complex themes go unexamined in publications like Pitchfork, who continue to put misplaced emphasis on her mainstream viability. One reviewer goes so far as to ask whether the experiences she sings about on B7 are her own, writing, “There’s a strong sense of distance to B7, as if Brandy is recounting stories secondhand despite them ostensibly being her own...she generally feels more withdrawn than liberated.” Here the reviewer misses the powerful connection between withdrawal and liberation, made explicit through black feminist writing and artistic practice.

It seems Brandy’s music must first be dismissed so that it can later be “rediscovered.” While critics celebrate the experimental musicians who cite her, they deride or second guess Brandy’s attempts to dialogue with her own impact. In other words, at least within this discourse, it is transgressive and interesting to like Brandy, but not to be her.

Despite this disconnect, Brandy’s influence continues to reach further into the liminal corners of experimental music. Klein in particular has consistently aligned her approach to composition with Brandy’s celebrated technique of stacking or layering the voice, and Klein’s musical/opera Care, commissioned by the ICA in London, is a coming-of-age fantasy set in a care home partially inspired by the 1997 adaptation of Cinderella starring Brandy and Whitney Houston. Care reflects Klein’s engagement with interdependence, debility, and illness, themes which feature strongly on B7 and on older tracks such as “So Sick” and “Sitting Up in My Room”:

Even if you listen to the noise or whatever drone fest I’m doing, you can still tell I’m obviously into R&B. Some girl was like, “Okay, you’re obviously into Brandy.” I love Brandy. I can’t talk about her in any more interviews, because I’m obsessed and I need to be cool. I had a dream about her.
Q: What was the dream?
She was like, “Klein, I think less echos.” She was like, “Okay listen up here, I’m going to help you out. You just need to have less echos. I’ll work with you, I really will. I’m really trying to work with you.” And, I woke up sweating, like, “Oh god, I’m the worst musician.” Literally, Brandy was giving me advice in my dream. [6]

On the playful but nihilistic “No Tomorrow” Brandy creates a similar tension between vocal selves. The song’s chorus – “I’m gonna blow your phone up in case there is no tomorrow” – is timely. Brandy’s unrestrained impatience with personal devices echoes back to the music video for “What About Us.”

Isolation leads to breakdowns in communication: a fragile scroll containing broken promises is unearthed, as a slowly flying Motorola cell phone makes inevitable contact with Brandy’s baseball bat. An interdimensional tunnel receives objects to be destroyed, scattered items from a life that once seemed viable. As I orbit in space with dream Brandy, answering machines click on and off, good and bad cell phone reception filters through the air. Apocalyptic landscapes with hovering trees express the lingering pain of a breakup.

On her seventh studio album, iconic vocalist and ’90s Disney princess Brandy Rayana Norwood returns, very much alive, settling scores, and disrupting the peace to reclaim agency in a house that she built.

Alex Fleming is a curator, writer and artist. Joel Lev is a writer and researcher based in Ann Arbor, Michigan