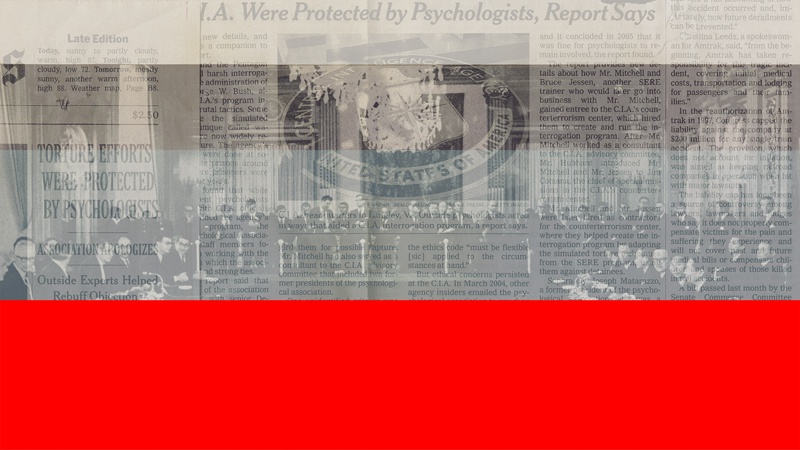 Curated by Anselm Franke, Nida Ghouse, Paz Guevara, and Antonia Majaca, “Parapolitics: Cultural Freedom and the Cold War” set out to describe the entanglements of art forms and ideological formations that took shape during the Cold War. Centred mostly, though not exclusively, on the activities of the Congress for Cultural Freedom (CCF), an anti-communist think tank founded in 1950 in West Berlin whose mission was to appeal to and ultimately recruit those in the non-communist spectrum of the Left, “Parapolitics” thematizes the covert and overt forces whose actions would influence the epoch-defining struggle over the political alignment and ideological content of modern art.

According to Thomas Braden, the head of International Organizations Division—the “covert action” arm of the CIA—the cultural Cold War was, in essence, “the battle for Picasso’s mind”: in other words, an ownership dispute over the heritage and core of the avant-garde. The US—a country whose contributions to modernism were less significant than their European counterparts [1] — would, under Braden’s guidance, lionize, and thereby institutionalize, the early European modernist movements.

Due to the particularities of its recent history (e.g., Soviet occupation and subsequent partition), West Germany developed an uneasy, if not outright hostile, relationship to Marxism, and as a result the CCF fed on what was an already extant anti-communist sentiment. Not coincidentally, “Parapolitics” took place in the exact structure where, in 1960, the CCF celebrated its ten-year anniversary, at that time in what was known as the Kongresshalle (later renamed Haus der Kulturen der Welt), located in a street named after John Foster Dulles, a key figure in the conceptualization of the Eisenhower Doctrine, which pledged the commitment of US military forces to any nation threatened by “international communism.” But these foreign incursions on behalf of illiberal forces also caused a PR crisis for the US, and ultimately helped to galvanize an anti-imperialist mindset among the intellectual Left, who effectively aligned ideals of “Peace”, “Freedom” and “Justice” with the communist vision. Under Braden, the CIA was to engineer an ideological crusade, via scores of false-front organizations, in order to reclaim these “great words” [2] in the name of Capitalism. 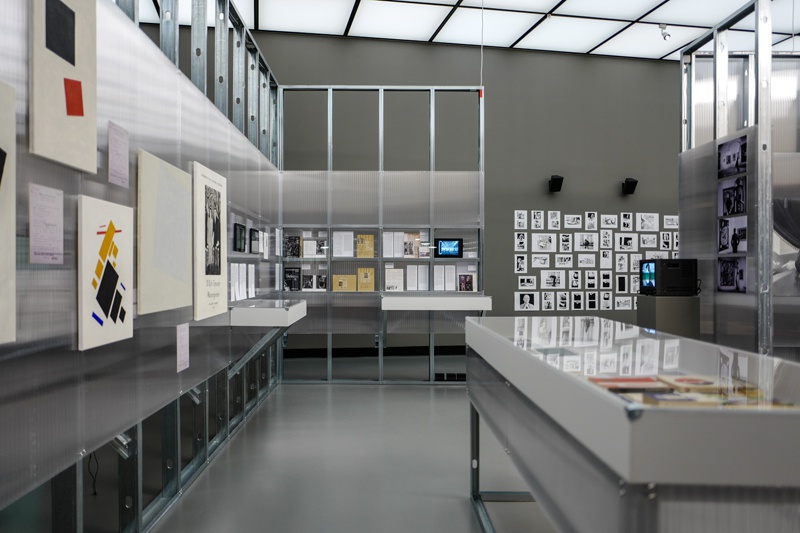 According to US historian Patrick Iber, during the Cold War years, any organization with “freedom” or “free” in its title was surely backed by the CIA: the National Committee for a Free Europe, Radio Free Europe, the Congress for Cultural Freedom, even the Free University of Berlin—all instruments of stealth politics backed by American foreign policy [3]. At the height of its influence, the CCF had a presence in 35 countries, helping to publish prestigious magazines, like Encounter, co-edited by Irving Kristol, Black Orpheus (Nigeria), Hiwar (Lebanon), and Cuadernos (Latin America). Partisan Review - a publication which vehemently denied being supported by the CCF (though there is proof to the contrary), provided the blueprint for the trajectory Braden sought to encourage: from communist to the staunchly anti-communist liberal Left to finally, conservative.

Latching on to the concept of a political (and moral) equivalence between Stalinism and National Socialism/Fascism, the CCF popularized the so-called “Two Totalitarianisms” [4] narrative, which then morphed into the Cold War trope of “the free world” vs. “totalitarian states.” This battle between the forces of freedom and unfreedom would intersect with Clement Greenberg’s now-canonical text for Partisan Review “Avant-Garde and Kitsch”(1939), in which the author aligns social realism, and by extension socialist realist works of art, with formulaic, and hence debased, sentimentality—the very opposite of the avant-garde. Arguing against the US Congress [5], the Museum of Modern Art’s first director, Alfred Barr, would expand Greenberg’s argument in a 1952 piece penned for the New York Times Magazine, entitled “Is Modern Art Communistic?” In his essay, Barr argues that abstraction is a form of anti-totalitarianism, a bulwark against illiberal tendencies, a theory that helped pave the way for the notion of artistic autonomy to become strategically recast as an expression of individual freedom in perfect alignment with the free market. 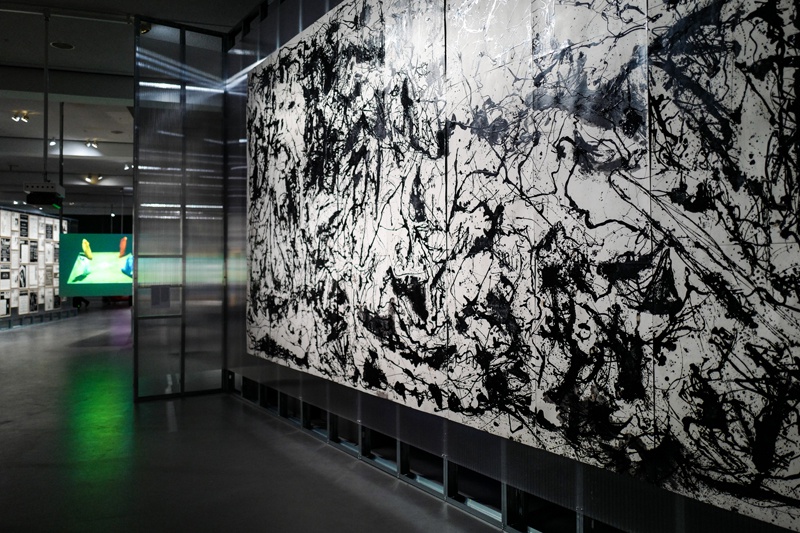 Packed with discursive information, “Parapolitics” juxtaposes artworks and ephemera (magazines, posters, speeches, editorials) in a non-hierarchical manner, in order to detail the institutional manufacture of the modernist canon, all of which seems to hinge on Barr’s famous diagram “Cubism and Abstract Art,” first published on the dust jacket of the catalogue for the eponymous 1936 exhibition. This trajectory, steering the avant-garde away from substantial engagement and towards a preoccupation with “significant form” is perfectly —and humorously— captured in Art and Language’s “Picasso's 'Guernica‘ in the Style of Jackson Pollock” (1980), a large-scale fake Pollock, which assumes a central place in the exhibition.

Although the decision to exhibit Ad Reinhardt, Gerhard Richter, and Frank Stella alongside simulacra by the Museum of American Art in Berlin may at first have the effect of rendering the high modernist narrative itself into a readymade artwork, “Parapolitics” is not in fact a denunciation of high modernism. Rather, the exhibition attempts to describe how ideology engenders the becoming-power of form, and its inverse, the becoming-form of power. In other words, to ask the unorthodox question: Which subjectivities are extinguished so that (artistic) freedom might assert its autonomy? And which subjectivities are reinforced once these efforts are underway?

In central and South America, the CCF targeted artists with Marxist backgrounds, like Pablo Neruda, whose Nobel candidacy Cuadernos tried to derail in Chile; or, the muralists Diego Rivera and David Alfaro Siqueiros in Mexico. Rivera famously criticized the apolitical paintings of Rufino Tamayo as “selling silence,” underlining the deliberate attempt by the US State Department to identify abstraction with freedom, and by extension, framing any realism as fundamentally “unfree.” The CCF championed the anti-anti-Americanism of the Breakaway generation, and artists like Juan Soriano, whose only revolutionary ambitions laid in revolutionizing taste. [6] 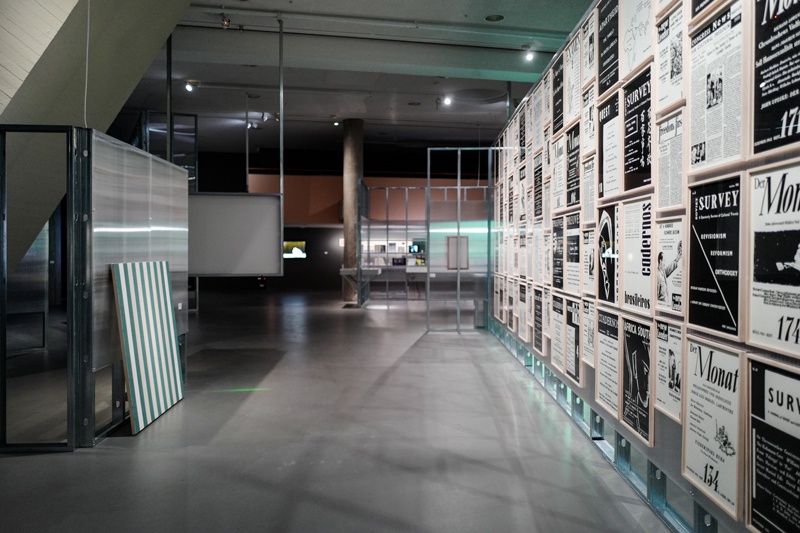 As Roland Barthes put it, “what the avant-garde does not tolerate about the bourgeoisie is its language, not its status.” [7] Once the “revolutionary power of abstraction” is cut off from revolutionary yearning, in the social and economic sense, art loses any political traction, its content becoming (high-brow) taste, now pitted against the low-brow masses. Its mixed results notwithstanding, the legacy of US cultural politics was in rendering modernist forms unreadable, or, to paraphrase T. J. Clark, readable only as fantasy figures, under the rubric of formalism.

But nowhere is the byword “freedom” more jarring than when juxtaposed with the reality of Black America. For a generation coming of age under segregation, the experience of being black and being American proved hard to reconcile, as made manifest by Norman Lewis’ painful rendition of a police beating, in his watercolor “Untitled (Police Beating)”(1943), a traumatic event, impossible to capture in an abstract composition. Whereas Braden and the CIA fought for the ownership of words, for Richard Wright, the writer whose personal trajectory led him to a brief membership of and subsequent disillusionment with, the communist party, words (to paraphrase Kodwo Eshun’s talk at the exhibition’s conference) were void of symbolic content: “culture had no capacity to engender allegiance or to produce spiritual sustenance.” [8] Wright, Eshun suggested, sought to find a vocabulary for those who were born into the de-civilizing void produced by the twin forces of colonization and slavery. 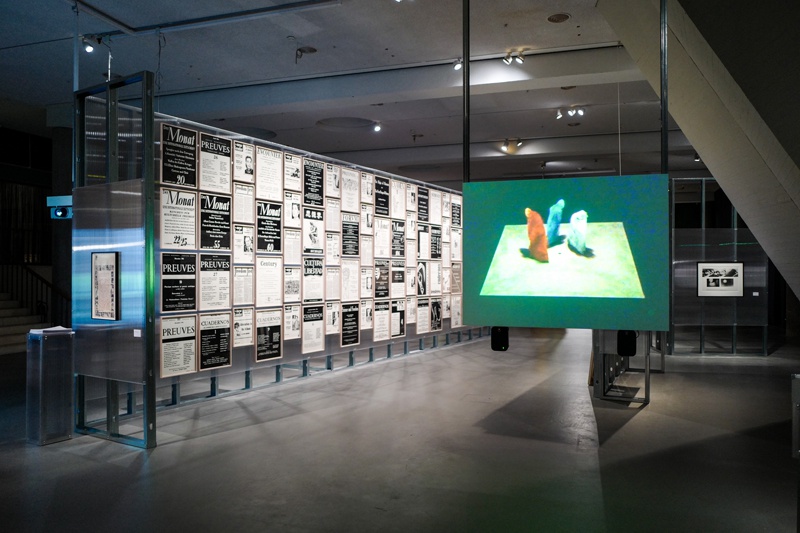 Wright declined a CCF membership but published in Encounter nonetheless. In The Otolith Group’s (Eshun, Anjalika Sagar) ”The Nucleus of the Great Union“ (2017)—a digital video commissioned for the exhibition, which revolves around the convoluted history of the photographic archive Wright composed when traveling to the Gold Coast (present-day Ghana) in 1953—the narrator, author Saidiya Hartman [9], whilst undertaking the same journey that Wright took, recounts that local boys in Ghana, upon seeing her, wished their ancestors would have been enslaved so they could now be as rich as these Americans; for only the rich can indulge their quest for belonging by traveling across the Atlantic.

Whereas for Eshun, the black proletariat “bears a force of un-belonging that corrodes communism’s self-representation as the natural home to all working classes,” [10] the exhibition makes palpable that the golden decades of freedom and democracy in the West were coterminous with racial oppression at home and colonial violence abroad. Critique necessitates a counter-history to be able to think through contemporary art’s present contradictions, and in doing so, the overdetermination of the past.