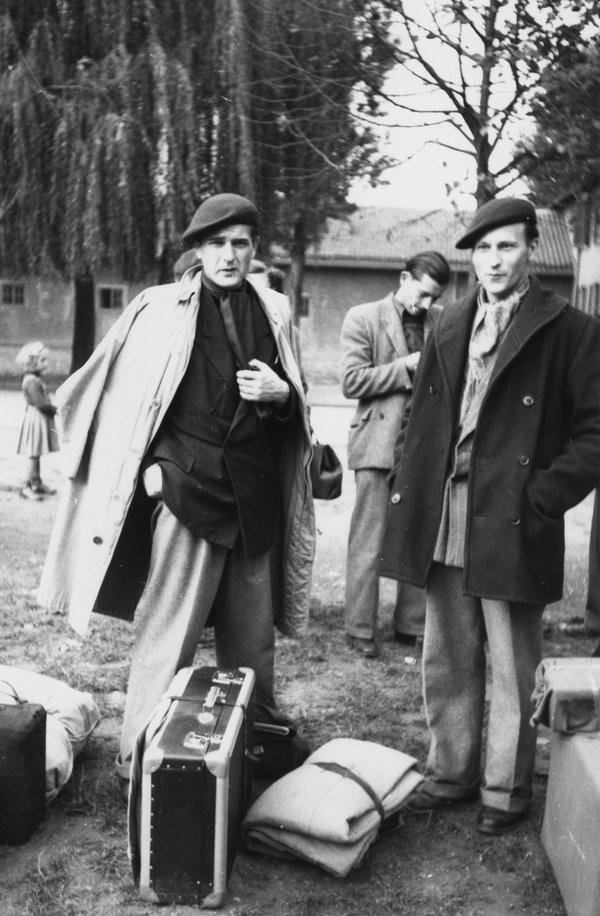 Jonas Mekas is dead at 96; the world is now a lesser place. He helped create the field of experimental cinema, and proceeded to curate, theorize, defend, promote, archive, and preserve it. Against all economic odds and logic he founded or co-founded the Filmmakers Coop, the Anthology Film Archive, and Film Culture magazine. He chronicled avant-garde film for two decades in the Village Voice. For all this protean institutionalizing output, he adamantly opposed the spectacle: “I can’t understand why people prefer the grossness and banality of a Hollywood or a European Art movie, as against the illuminations and ecstasies of an Avant-garde Film,” Jonas wrote in The New York Times in 1969. “The Hollywood film deals with gross, simplified realities, banalized feelings, ideas, thoughts. The Avant-garde Film deals with the subtler nuances of experience, emotions, ideas, perceptions — it illuminates them — it deals with things that make you finer. I do not understand,” he continued, “by what logic the public, film critics and educators choose to spend thousands of hours of their lives with second-rate art, while at the same time making fun of the Avant-garde Film.” Jonas conceived cinema as a tree with many branches. This plurality extended to his lifestyle. His loft on Broadway, a George Maciunas conversion, was literally a multidisciplinary community center, where the Velvet Underground rehearsed and first met Warhol, John and Yoko hung out, and Annette Michelson held polemics with P. Adams Sitney, among countless other encounters. More than taking the form of a salon, this unstoppable avant-garde gregariousness was militant, and not without its risks. Jonas was arrested in New York for breaking obscenity laws when screening Jack Smith's Flaming Creatures. Shortly after, in 1963, at the third Knokke Experimental Film Festival, the selection committee rejected Flaming Creatures out of concerns that it fell afoul of Belgium's own obscenity laws. In protest, Jonas resigned from the festival jury, and several American filmmakers threatened to withdraw their films. Jonas smuggled in the film in a canister for Stan Brakhage's Dog Star Man and held continuous private screenings out of his hotel room. Jean-Luc Godard attended one of them. Yet for all that action, and for his unendingly buoyant and infectious energy, Jonas' own aesthetics were uniquely calm. His opposition to narrative as an instrumentalizing device went deep. An opening hand-written intertitle from a five-hour edit of all his remaining film rolls, As I Was Moving Ahead Occasionally I Saw Brief Glimpses of Beauty, finished in 2000, read: "In this film nothing happens." Jonas grew up in a small village in northern Lithuania called Semeniškiai. It was invaded first by the Soviets and then by the Nazis, who interned Jonas and his brother Adolfas in a labor camp from which they manage to escape. They made it to Brooklyn as refugees in 1949, with a suitcase and a blanket.  Before the war, Jonas had published several books of poetry; but his country, Lithuania, was no more, and he was exiled from his language. He remained forever a poet, though, replacing language with a 16mm camera. His most significant bestowal, which will forever shine, has the simplicity of faith and the firmness of reason. Jonas answered the Holocaust and the destruction of Europe with poetry. The poetic was his highest value, and his foremost criterion. No pessimism, no cynicism, no regrets. Just poetry. Maurice Maeterlinck was one of his favorite poets. As a farewell to Jonas, here is one of his poems.

These lips have long forgotten to bestow

Their kiss on blind eyes chiller than the snow,

Henceforth absorbed in their magnificent dream.

Drowsy as hounds deep in the grass they seem;

They watch the grey flocks on the sky-line pass,

Browsing on the moonlight scattered o'er the grass,

By skies as vague as their own life caressed.

They see, unvexed by envy or unrest,

The roses of joy that open on every hand,

Nicolás Guagnini is an Argentine-born, New York-based artist and writer.