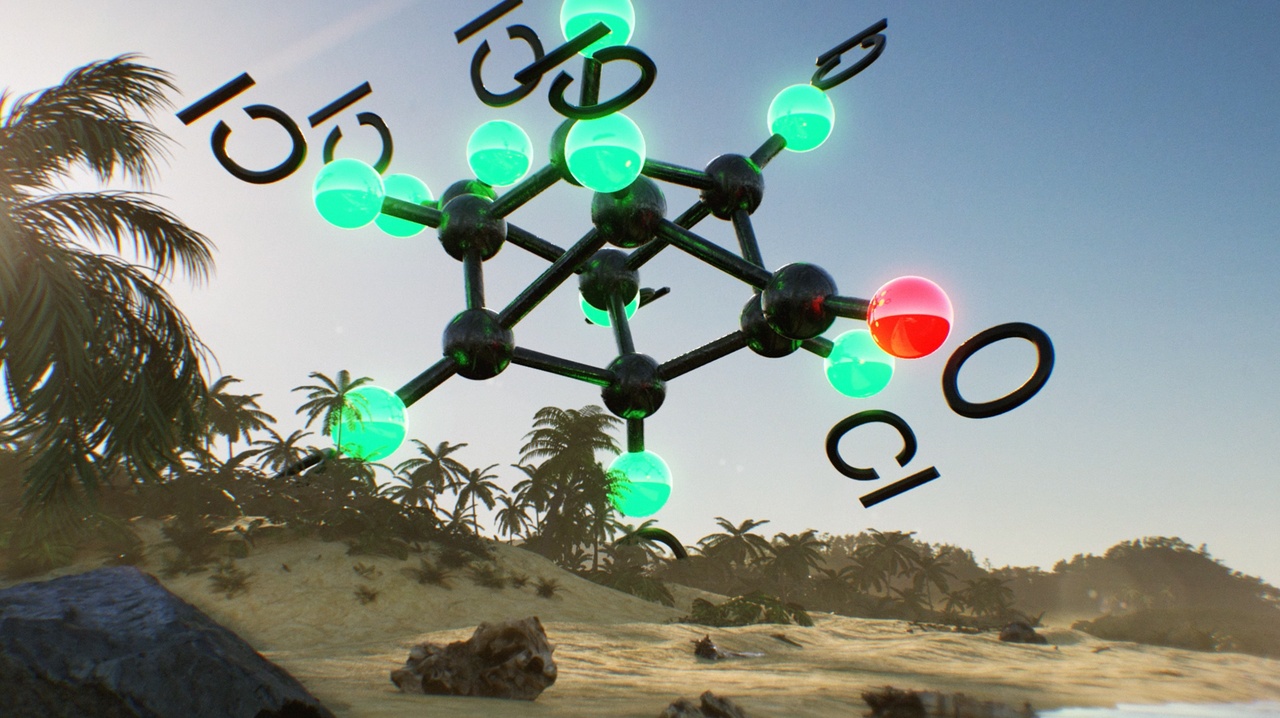 Julien Creuzet’s polymorphous installations consist of sculptures, sound, and video work, whose content is culled from the artist’s biography. Creuzet grew up between France and the Caribbean island of Martinique, which is also the birthplace of the scholars Aimé Césaire and Édouard Glissant, who the artist references as a major source of intellectual inspiration. Engaged with the embodied experience of the African-diaspora and the resistance of form, Creuzet’s work has been the subject of presentations at LUMA Arles, Camden Art Centre, Palais de Tokyo, and – most recently – a solo exhibition at Andrew Kreps Gallery in New York. Mark Pieterson spoke with the artist on Zoom to talk about his practice, the value of opacity, and the importance of resisting interpretive violence.

JULIEN CREUZET: Yes, I just arrived in Paris and came straight to my studio, so to speak. You know, I’m teaching, so I have to prepare…

PIETERSON: No, I actually did not know that.

CREUZET: Yes, I was appointed studio professor at Beaux-Arts de Paris about a year ago. I had a prior teaching position at Bard College in New York. Here in Paris, I’m the chief of the sculpture department, hoping to make an impact on the next generation of artists. I think that’s beautiful.

PIETERSON: What sort of values are you hoping to pass down?

CREUZET: Most importantly, I hope to cultivate a safe space for sharing ideas, to create a community where insecurities are articulated without judgement. I’m placing emphasis on giving students the opportunity to fail safely and feel supported.

PIETERSON: From the deeply affective, poetic titles of your work to the delicate presentation of your heavily textured sculptures, you seem to place importance on active exchange, drawing from the textual/textural component of social encounter.

CREUZET: I think that is the subject of art and the reason why we do it. Art starts to exist at the contact with another person, with the public, if you will. Which is also why it is vital to consider contexts, place, and difference. I take into account who the public is and where I am to structure the conversation I intend on having within a certain context. That’s really important to think about: what the constitution of the voice in the conversation is, as well as how and where it is articulated. I do not subscribe to the idea of putting together an exhibition and not understanding the relations and the links between the artworks, the place, and the audience. 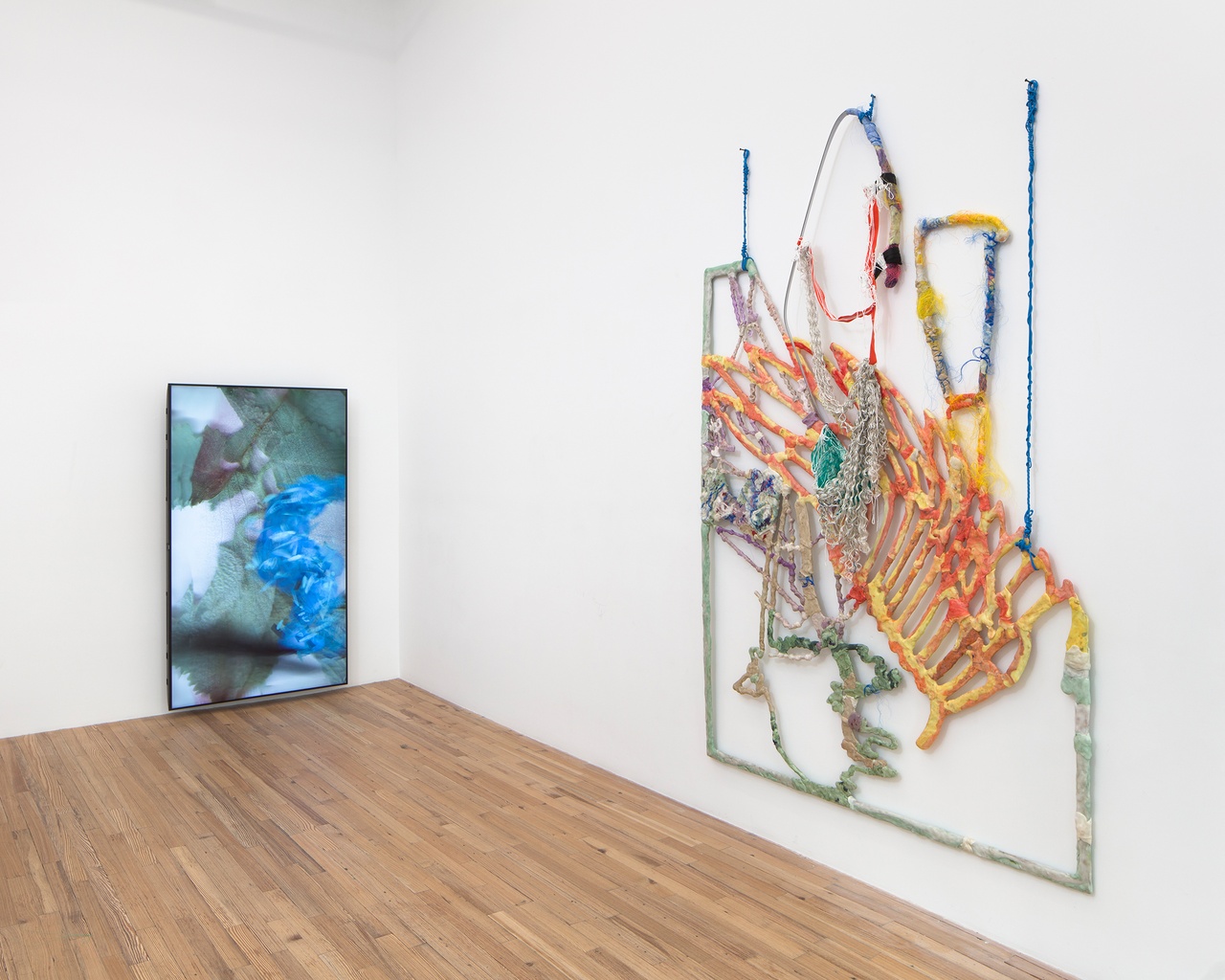 PIETERSON: Your works definitely consider the entangled social histories of place and human activity that activate the pieces’ political and affective resonance. I’m thinking of the sculpture Backup, Blackness ou Négritude… and the 4K video animation Oswald DE ANDRADE, “Manifesto Antropofago,” A utopia antropofagca… (both 2021) for example; both reference modes of thought that draw their historical lineage from Latin America as well as such figures as Aimé Césaire, an important proponent of the Négritude movement, and Oswald de Andrade, one of the founders of the modernist Grupo dos Cinco (Group of Five) in Brazil. These citational gestures also extend the archipelagic thinking that has come to inform your installations and conceptual framework.

CREUZET: I grew up in Martinique, a small island next to Saint Lucia and Dominica, from the age of four until I was twenty. This place shaped my imagination; it shaped me. The Caribbean is a crossroads of stories, of intercultural encounters, of new languages, new spiritualties. It is a place conducive to the imagination and creation, it is also a geographical area of resistance. When I am in Martinique I have the impression of being connected to the whole world, of finding influences from various continents, as much from Africa as from Europe, America and Asia, and all this is favorable to my work.

PIETERSON: Your installations are very much geological and geographical, where erosion and decay are tempered by the connective echo of embodied experience. How important is personal narrative to your world-building?

CREUZET: I'm not looking so much for a personal narrative or mythology. Of course I can be inspired by my own experience. But then the work consists of re-contextualizing this subjective experience and thus taking into consideration the fact of repositioning oneself and questioning one’s place. If I am to talk about decolonization, for example, I live in France and am cognizant of France’s colonial history and its afterlives. My understanding of the contexts of French history is not the same as what I reasonably expect to apply to my understanding of the socialites in New York or Kampala or Senegal. Though there are overlaps, it would be highly irresponsible. 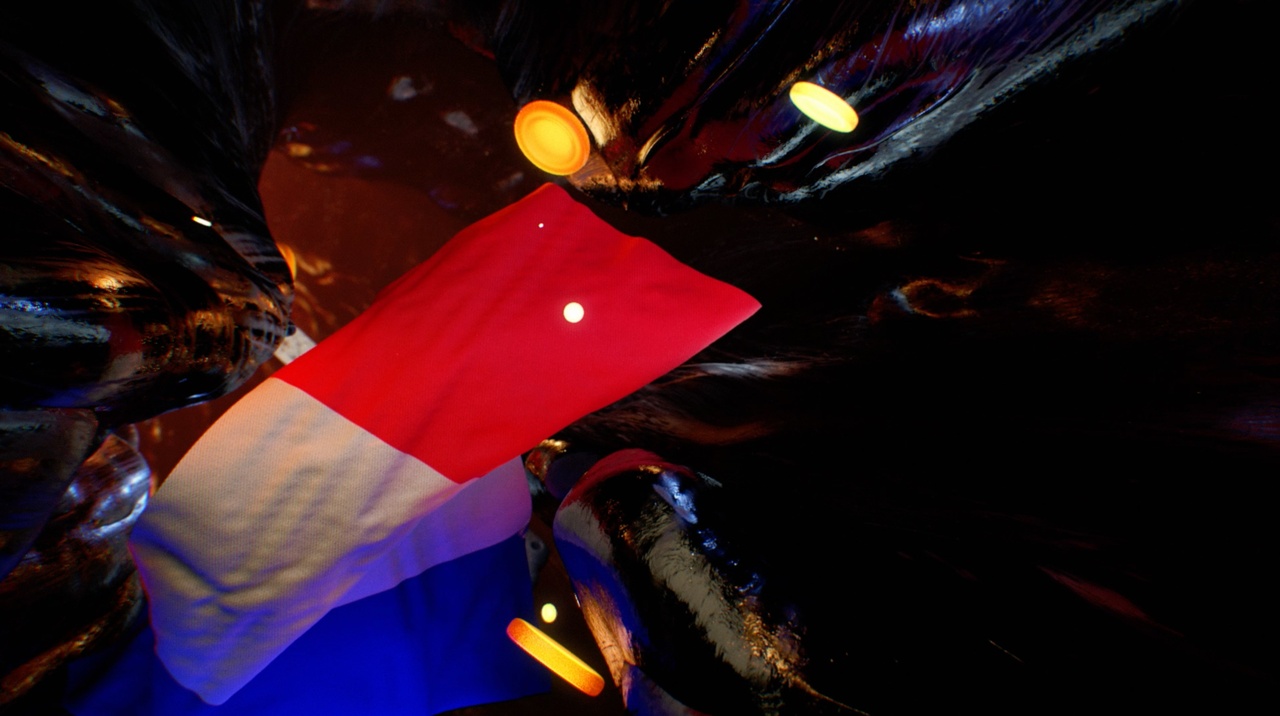 PIETERSON: Can you elaborate?

CREUZET: We cannot deny the lasting impact of the African slave trade and colonization on the organizing principles of the world. But its constituent afterlives also have nuance and a layer of context that needs to be afforded. The articulations of Blackness in Martinique and France are very different. The question of Black emancipation is also different. The social histories of the Afro-diasporic experience are incredibly imbricated in many material and immaterial textures that originate from the ontological break brought about by the ship; by the violent introduction of Africans and indigenous people from one historical trajectory into another.

PIETERSON: Does this attention to the textual dimension of sociality have any resonance in the forms of your work, especially as they make use of plastics, strewn fabrics, wiring, and sometimes wood and metal that come together like landscapes?

**CREUZET:* Yes, in many capacities. As Édouard Glissant would say, it is important to claim one’s right to opacity. That is to say this kind of resistance that art produces. The art does not say all and must let itself desire, to hold back if it wishes it. Like an encounter.

PIETERSON: You imbue the artwork with a generous degree of agency then.

CREUZET: I think an artwork needs to be free from the interpretative violence that may stem from forced signification and identification. Central to this is the recognition that form has and needs the power to resist totalities and boundaries, much like what Glissant espoused in his reflection of identity with respect to hegemonic violence. In my view, a good work of art embodies elements of opacity. Indeed, when I produce or carry out a sculpture, a form, an installation, I think of the various possible perspectives on that same object and try to create a form with a strong interpretative potential. This can be achieved by combining different techniques, different materials, and a sensitive touch.

PIETERSON: This line of thinking seems to disrupt the typical framework of “hybridity” that is often used to describe your work. In hearing you talk about your practice, perhaps “multiplicity” is more fitting?

CREUZET: I actually don’t like the word “hybrid”; it makes me uncomfortable. It doesn’t really lend itself to fertility. I prefer the term “creolization.” It is much more appropriate because it reflects the meeting of different cultures and how cultural encounters can generate new things rather than consume them, like in the historically demonstrated relationship of settler colonialism. Creolization, for me, is based on an understanding of positioning the body as a contact point in constructing experiential agency and self-determination. Creolization is a crossroads. Take, for example, the Crossroads (2022) video that was presented in my solo show at Andrew Kreps: it depicts an animated, feathered blue figure performing a resistance dance that is popular in Martinique, called “Bèlè.” At a certain point the figure becomes an attachment point for sickles and ships, referents of larger historical contexts. Furthermore, the video draws reference from the propaganda posters of Black Star Line shipping company, incorporated by Marcus Garvey in New York to foster Pan-Africanist aspirations. I’m mixing the dance and Garvey’s ideations to explore themes of identity and resistance, to bring into view the lineages of the African spirit when thinking of the contemporary Afro-diasporic experience as I live and witness it.

PIETERSON: Your video work Assidule (2019), which was featured in the online exhibition I curated for 47 Canal in 2020, seems to conflate the collision of encounters as a contagion as well: 3D objects of what could be gold platelets or gold currency swim through a cavernous artery, crossing paths with a knife, the national flag of France, and a ship carrying stacked shipping containers. Why contextualize the “creolization” process in this way?

CREUZET: Creating images of encounters, improbable images, can activate the imagination of all. So, a container, a flag, and a machete inside a cave tells you a lot of things. It is important for me not to reduce the interpretative part of each element. Contextualizing creolization as contagion gives latitude to the complexity and parameters of being, especially for those familiar with being shipped and surveilled. It also offers, if only for a moment, a glimpse into the material conditions of being in the world for those all too familiar with corporeal trespass in all its valences. It goes back to the same reason I privilege the poetic format of my titles: poetry offers the opportunity to utilize another voice. The multitude of forms and materials create this breathing space, without which art has no meaning. It also offers me the chance to resist the constant tendency to explain what I’m doing, how I’m doing, or who I’m doing this for, and lean more toward the liberatory aspects of imagination, play, form, and feeling. I’ve found that people are hesitant to speak of the work in terms of the feeling it elicits. It’s almost forbidden to say, “I like this work because it makes me feel a certain way,” or to be touched by its texture. I’m not sure why Western epistemological thought shies away from and at times refuses to ignore the important implications of feeling. I’m unsure why it is seen as irrational to respond in such a way, relegating it to a closed-off interiority. I find that affective resonance, feeling, is the starting point of the spirituality of kinship and the encounter. It is a site of possibility that should be revered as equally as what is commonly understood as the “rational.”

Mark Pieterson is a Los Angeles–based writer, curator, and exhibition consultant interested in the social production of labor and counter-geographies of globalization.

Julien Creuzet is a French-Caribbean artist who lives and works in Paris.