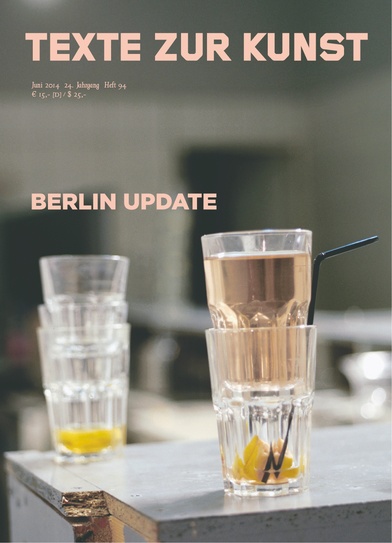 Over the past few years, Berlin has become a major center for the international production of art and theory. English is firmly entrenched as its second language, and it attracts an unending inflow of newcomers. An informal economy, ample resources of time and space, the intense debates that are said to take place here, and its bohemian aura are still crucial to its attractiveness. But doesn’t Berlin’s allure derive from expectations created by realities of the 1990s and 2000s that no longer exist? Isn’t the fact that these and similar promises are now largely indistinguishable from the rhetoric of the city’s marketing campaigns an indication that the spaces of possibility that opened up in the city after the fall of the Wall have been appropriated by power and the market? Berlin’s altered urban landscape – office architectures, malls, the City Palace now being rebuilt – reveals that it is being remodeled in line with representational and economic criteria, a process that was being planned as others still put their faith in the transgressive potential of parallel “underground” worlds. But glorifying the past will not get us anywhere, nor should we make peace with what seems inevitable. It is time for an assessment without nostalgia or resignation: for a Berlin Update.