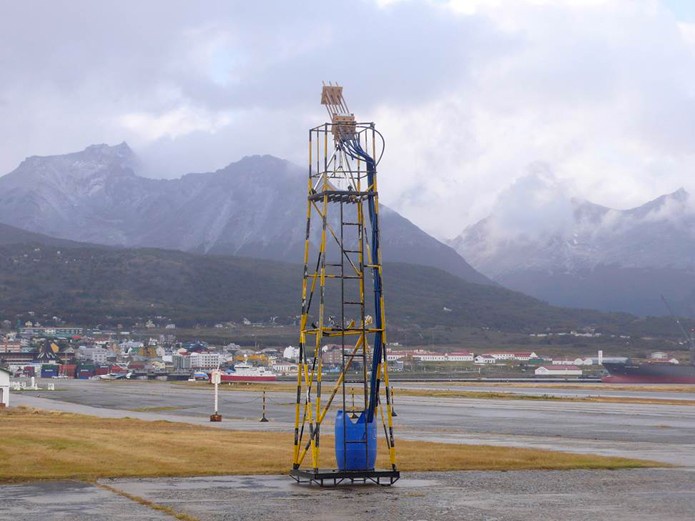 What is it about art that can be measured? The default response to this question is usually dismissive and accompanied by fervent displays of criticality in the face of the ideology of quantification. The idea of the measurability (or quantificability) of art seems anathema to a still prevalent notion of art as being predominantly about expression, emotion, creativity, and subjectivity. Even a concept of art that draws on Conceptualist and post-Conceptualist methodologies tends to reject attempts to measure its efficiency or coherence as being intrinsically inappropriate. That said, the apparent and increasing contemporary desire to evaluate and to be evaluated – to (re)produce subjects of and for evaluation – is regularly met with a posture of refusal and resistance. The reluctance to admit the measurability of art as an ideological construction has become one of the last stands in the opposition against universal quantification. Or so it seems.

Yet this posture needs to be understood in view of the pervasive use of measuring and evaluative technologies in the lives of people enthralled by social media and their built-in logic of repeatedly capturing data in the guise of voluntary (self-)assessments. The effects of the pervasive economy of evaluation on the subjectivities of everyone, including those who would claim for themselves a protective shield against the interpellations of ubiquitous measurement and evaluation, result in the almost impossible task of preventing the changes of their respective subjectivities and a more all-encompassing “anthropological mutation” from occuring. [1] This mutation is entailed not least by the regime of Facebook likes, Google search results, Twitter follower stats, academia.edu analytics, or artnet rankings; and the success of social media and the “algorithmic governmentality” [2] on which they rely (and which is in turn enabled by their very data mining operations) is tangible through the ways in which contemporary art and its practitioners are modeled as event-/infra-structures, status-anxious individuals, value-accruing entities, and thus commodities.

At the same time, the biometrics, Big Data statistics, and digitized evaluations of user behavior not only produce a certain knowledge of the field and those acting in it, but also constantly design the shape of knowledge itself, due to the fact that notions of “knowledge” as such have become increasingly contingent on the dataspace of which “knowledge” is a part. As the legal scholar Antoinette Rouvroy puts it: “Knowledge is not produced about the world anymore, but from the digital world. A kind of knowledge that is not tested-by nor testing the world it describes and emanates from: algorithmic reality is formed inside the digital reality without any direct contact with the world it is aimed at representing.” [3] 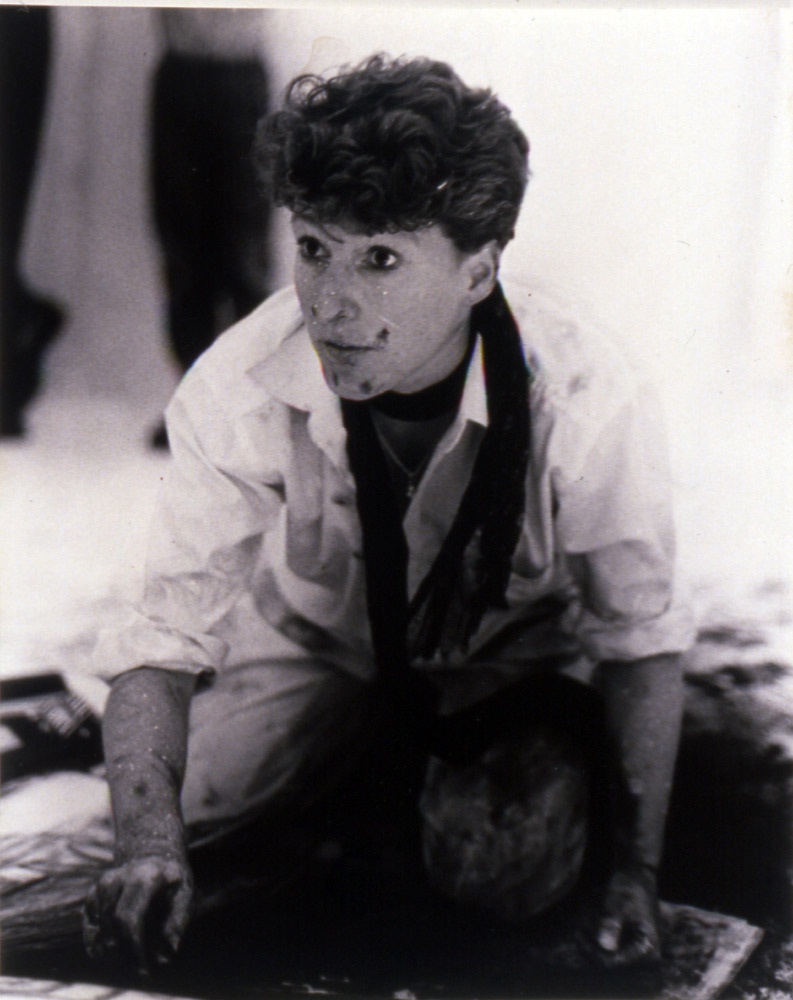 A similar contention could be made with regard to the slightly older yet related thesis of the “economization” of knowledge as being carried out by the institutional apparatuses of the modern and postmodern knowledge societies. Karl Marx has already addressed, in “Capital,” those “forms of thought which are socially valid, and therefore objective, for the relations of production belonging to this historically determined mode of social production, i.e. commodity production.” [4] Knowledge has long ceased to be a potential medium of scrutiny and criticality with regard to the sphere of political economy, transmuted into post-critical knowledge, that is the very type of knowledge that is framed in terms of political economy: the conceptual manipulation that underlies the policy language of “knowledge-based economies.” “Contrary to the name ‘knowledge society,’ knowledge functions more as a principle of social stratification or a source of capital development, but not as a form of inquiry,” according to the sociologist Steve Fuller. [5] Instead, such knowledge is considered to be a crucial economic factor in and for itself, or, as Marx had it, as an “immediate force of production” (“unmittelbare Produktivkraft”). [6] Hence contemporary “knowledge” speaks from the economic world or cognitive capitalism as much as it does, in Rouvroy’s terms, from the “digital world.”

The transmutation of knowledge into a sizable, measurable, and tradable entity/asset that determines the market value of individual knowledge workers (owners of expertise, experience, skills, etc.) and entire organizations within the alleged knowledge-based economies also informs the ways in which the “production” of knowledge in the field of contemporary art is conceived. It is by now a widely accepted fact that the integration of artistic practice in the neoliberal research university is executed, if at different speeds and with local variations, with a high degree of determination and relentlessness. This integration is enacted in an increasingly globalized, transnational domain of higher education in the arts. Here, notions such as “artistic research” or “arts-based research” have proven to be instrumental in associating contemporary art with a mode of knowledge production that is accommodated to and managed by the very institutional facilities and administrations that previously gained their current authority and power by disempowering the critical agendas of the humanities and social sciences. [7] If the preconditions of critical thought have been precluded from the economic/digital realm and their educational and scientific appendices – a realm that is organized independently from the reality it pretends to represent – such removal of critique from “knowledge” has consequences for any claims being made with regard to the measurement of knowledge and scientific performance.

However, the submission of contemporary art under the tutelage of the research university and the extinction of critical thought from the curriculum may also result in the formation of a mode of artistic research that is foremost and essentially critical of the very institution and academic infrastructure it finds itself inserted into. In his 2017 book “Artistic Research in the Future Academy,” theorist Danny Butt proposes “that the most important knowledge-making in the visual arts is precisely – ironically – a performative institutional critique of these new constraints of artistic production: the research university’s knowledge-making practices.” [8] In other words, the changes and mutations of the institutional, politico-economical, and technological environments of contemporary art practices, including the very “anthropological mutations” mentioned earlier, make a response in the vein of an institutional (or rather “infrastructural” [9] critique that is per se “performative” practically inevitable.

What characterizes the performativity of the type of artistic research that Butt envisions (perhaps over-optimistically) as a mode for harnessing the quintessential nature of knowledge production in order to contest the neo-epistemic rule of knowledge now bereft of its capability of critique? The artist and theorist Barbara Bolt – who like Butt works at the Victorian College of the Arts, part of the University of Melbourne – revisited the theory of performativity developed by J. L. Austin, Jacques Derrida, and Judith Butler in order to better grasp the epistemo-aesthetic shifts that occur wherever art takes “a seat at the table of research.” [10] Her main contention is that of a difference between art and science that resides in the differences generated in performative acts – if artists are doing research, they should not be evaluated along the lines of scientific truth procedures (i.e., of proof) – and which demands that research findings can be tested through repetition; instead, they can only be appropriately assessed as long as one attends to the differences produced in artistic research itself. “[T]he aim of a performative paradigm,” Bolt argues, “is not to find correspondences but rather to recognize and ‘map’ the ruptures and movements that are created by artistic research.” [11] However, she admits, the same could also be claimed by an advanced theory of science, since “performativity” doesn’t end with art.

Missing a clear-cut distinction between notions of scientific and artistic research – a lack that is linked to a wide acknowledgment, based in Latourian science studies, of the intrinsic “performativity” of everything that takes place in the academic realm, from the laboratory to the studio to the seminar room, and not least of all to the various digital platforms of academic life – all that may remain is a catch-all statement of the following kind: “[…] it is imperative that artistic research is able to argue its claim to new knowledge, or rather new ways of knowing.” [12] If this should indeed be the case, the success or failure of artistic research – and therefore most of contemporary art practiced in academic or para-academic settings today – would depend on its capacity to convincingly claim the possession of the key to “new ways of knowing.”

The tangible awkwardness here may be explained by the fact of a fundamental insecurity about what it is that artists are supposed to know in the first place. “[I]t is no longer obvious,” art historian Howard Singerman ponders, “what is necessary for an artist to know, what skill it is he or she must have, and whether that skill, those skills, can ever be the same as the work.” [13] This lack of any canonical, limited, prescribed set of skills and knowledges to be taught and transferred in art educational environments is supposed to be compensated by the methodological and epistemological ruminations on the notion of artistic research. Moreover, following this line of argument, the degree of newness of knowledge emerging from research-related art practices is to be the criterion with which to evaluate contemporary art. But who is to identify the “new ways of knowledge,” and the concepts of “knowledge” on which such identifications depend?

This is rarely spelled out systematically. Knowledge, instead, turns out to be a highly malleable term, something being, actually, performed, again and again. Thus, in addition to theorizing the performativity of artistic research, an inquiry into the ways in which knowledge is being performed in contemporary art seems to be needed here as well. The display of artists’ knowledge in research installations, documentary videos, archival exhibitions, performance work, etc., as well as the demonstration of expertise and intellectual fluidity in catalogue essays, artists’ websites, press release texts, conference talks, etc., calls for a type of critique that addresses the epistemic prowess (or lack thereof) present in specific works and practices. Such an inquiry would also have to take into account the corresponding mutations of notions of knowledge and subjectivity in times of populist conquests of truth-claims and alt-right derisions of science. [14] Likewise, it would have to address claims for new knowledges voiced within and without the university, demanding a new “ecology” of knowledges informed by non-Western, decolonial, and indigenous epistemologies. [15]

Thus, a critique of contemporary notions of knowledge should accompany the kind of institutional and infrastructural critique necessary to prevent artistic research (or any post-Conceptualist art practice for that matter) from ending up serving as yet just another arm of the neoliberal research university. Such critique would consist of turning those very means of designing and destabilizing knowledge professed by artists and other visual practitioners into a valuable political instrument for confronting the regimes of quantifying evaluation and measurement, and their in-built exclusionary mechanisms, in many ways linked to (neo)colonial rule. To make this happen, the performance of knowledge so obvious and pervasive in contemporary art practices has to become itself the subject of critique, in the double sense of “subject”: as both agent/producer of critical knowledge and as the very stuff of an (as-yet-undeveloped) mode of critique that carefully attends to the successes and failures, advantages and disadvantages of artistic research as performance.