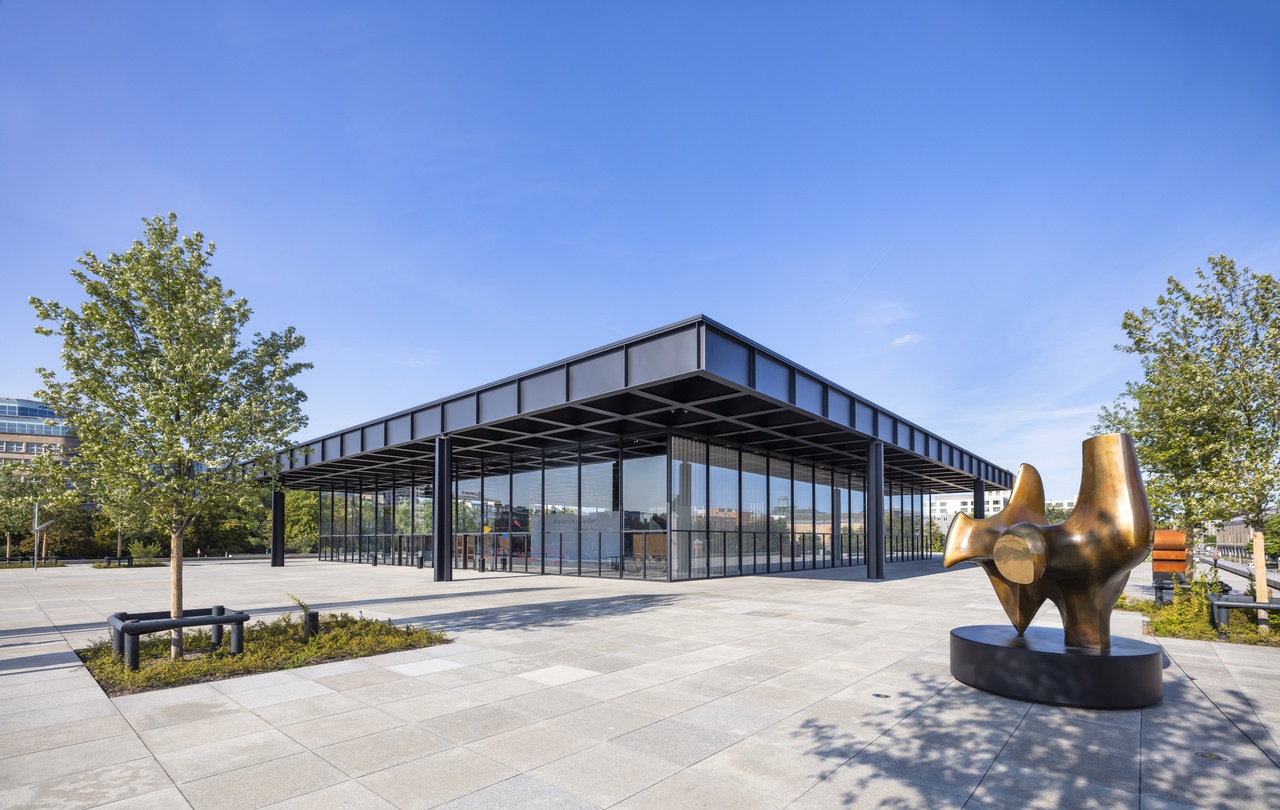 On September 10, 2021, the Council of the Prussian Cultural Heritage Foundation (SPK) under the leadership of Monika Grütters, State Minister for Culture, announced important leadership positions at the State Museums in Berlin. At the Neue Nationalgalerie (which includes the forthcoming Museum of the 20th Century, the Museum Berggruen, and the Scharf-Gerstenberg Collection), they appointed Klaus Biesenbach, former Artistic Director of the Museum of Contemporary Art in Los Angeles and long-time Chief Curator at Large at MoMA. At the Hamburger Bahnhof – Museum für Gegenwart, the appointment was awarded to Sam Bardaouil and Till Fellrath, associate curators at Berlin’s Gropius Bau and founders of the multidisciplinary curatorial platform Art Reoriented. Here, Susanne von Falkenhausen discusses these appointments with regard to the broader field of the administration of museums increasingly determined by sponsorship and “patronage.”

The 94th issue of Texte zur Kunst, titled “Berlin Update,” appeared in June of 2014. In it, I contributed a statement on Udo Kittelmann’s collection and exhibition policies as director of the Nationalgalerie’s collections. It is instructive to look back at that issue now, which mused in its foreword that for Berlin, “an informal economy, ample resources of time and space, the intense debates that are said to take place here, and its bohemian aura are still crucial to its attractiveness. But doesn’t Berlin’s allure derive from expectations created by realities of the 1990s and 2000s that no longer exist?” [1] These remarks seem almost tailor-made for the appointment of Klaus Biesenbach as director of the Neue Nationalgalerie and Museum des 20. Jahrhunderts (Museum of the 20th Century) this past September.

What qualifies Biesenbach to lead these two national museums? His reputation as a curator? This has been tarnished since at least 2015, when testament was given to his “lack of curatorial oversight.” [2] Is it the fact that his vision of art was formed in 1990s Berlin, when he cofounded the Berlin Biennale and Kunst-Werke Berlin e.V.? An easy term to capitalize on in the curator-speak of those years, Nicolas Bourriaud’s “relational aesthetics,” joined forces with an equally capitalized-upon version of Beuys’s “social sculpture” to provide the buzzwords that still today form the core of Biesenbach’s rhetoric. He had, and by all means still has, the skills to reinterpret participation, openness, and interdisciplinarity in neoliberal and pre-postcolonial modes – this was, incidentally, already the case back in the day of the first Berlin Biennales – and beyond his prominence on Twitter, it is perhaps this that makes him an attractive figure for politicians. This appointment would then not only be a symptom of how the museums “must come to terms with the political sphere’s needs to create images of prestige.” [3] It could also be read as a worrying symptom of how the Berlin State Museums are eager for their institutions that both create and bear witness to the canon of 20th century art to forge ahead with the same neoliberalization that began when private collections first moved in. I remarked in 2014 that “today, the structure of museum sponsorship, which was already intensely criticized in the 1980s, can only produce what is supported privately or through corporate means. [...] The public sector is powerless in the face of private money. While in the United States, something like a MoMA Board of Trustees exists, wherein the negotiation between individual private donors occurs, in Berlin, only a few individuals administer the structure and content of canonization in all the National Gallery’s collections. All in all, this leads to the undoing of the museum as a public entity.” [4] 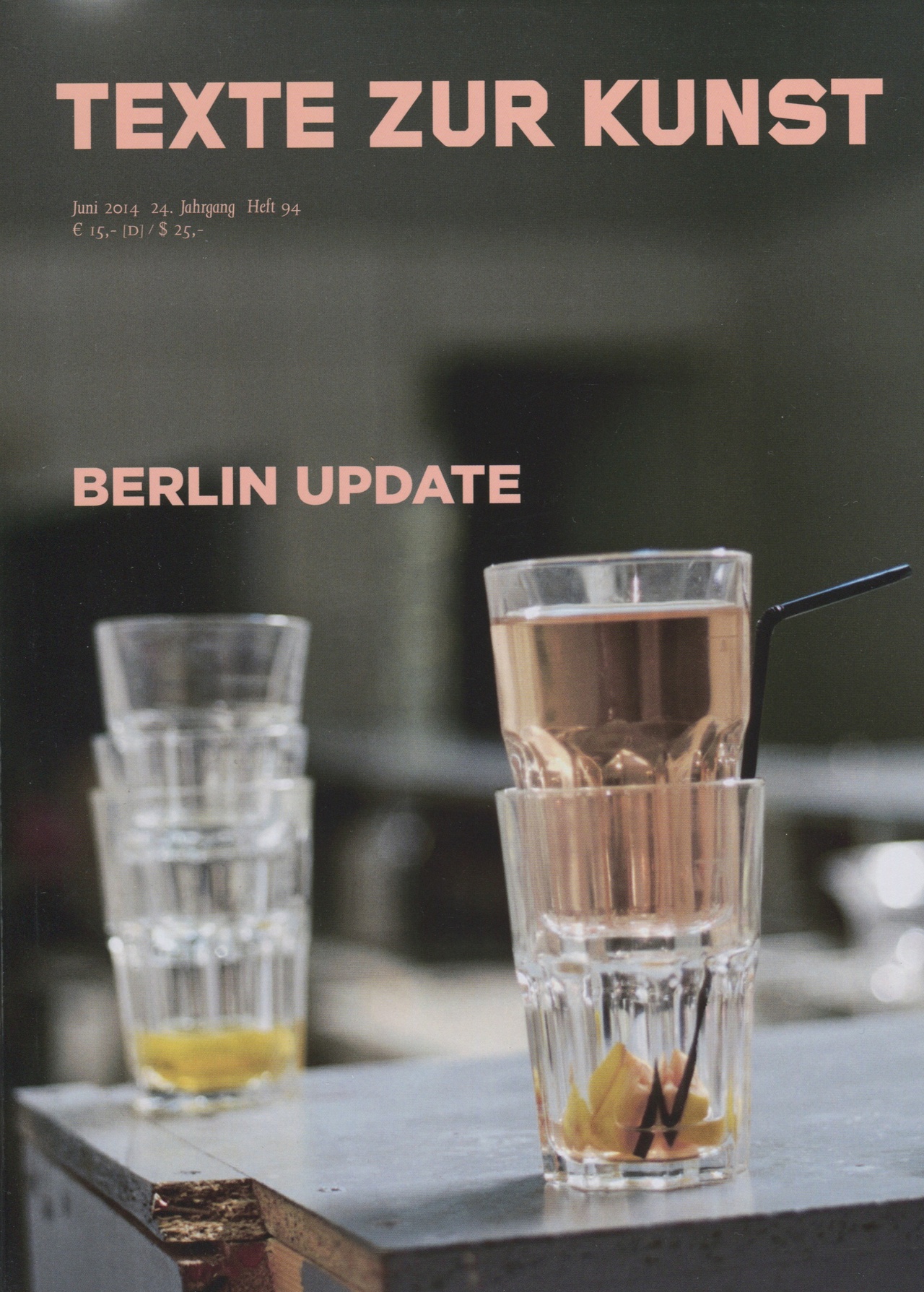 Why would a director of the Neue Nationalgalerie even need the kind of Berlin expertise Biesenbach is proclaimed to have? This is after all not a municipal Berlin Kunsthalle; it is a national-level museum, and one moreover that engages not only with contemporary art but also with art of the past century. It is worth looking back to 2014 again, when it was, in my view, already obvious that for

both modern and contemporary art in the National Gallery system, there is neither sustained attention being paid to the collections, nor is there a consistent exhibition practice. Consequently, the filtering, curating, and exhibiting necessary for canonization – critical tasks of such a major art institution – have not developed. […] But a museum, let alone a National Gallery, is an institution at the end point of canonization. If we did not want a museum to be this, we must abolish it; everything else would simply be hypocrisy. [5]

But even a canon must remain mutable. What is urgently needed – namely the revision of the canon of Western modernism, a process that has been deadlocked since 1945 – cannot be achieved by making museums resemble Kunsthallen, and certainly not with the current shortfall of academic staff who are compelled to work under increasingly precarious conditions.

It aggravates me that we have still not yet overcome the compulsion to constantly petition for women to be appointed to leadership roles. This compulsion puts me in a position I consider undignified, however, given the numerous appointments currently being awarded to men in the cultural institutions of Berlin, if we’re going “international,” then why not appoint academically qualified women such as Helen Molesworth for the Nationalgalerie, or Ute Meta Bauer or Gabi Ngcobo for Hamburger Bahnhof? Each of them boasts a museum and/or exhibition praxis that is strong both in terms of its content and its academic foundation, they are familiar with the key aspects of current discourse, and they have demonstrated expertise in inclusion politics. They would generate international attention and simultaneously undermine the provincial Berlin-relevance of this only purportedly internationally oriented appointment.

The press release from the Prussian Cultural Heritage Foundation praises Biesenbach for his success at the Museum of Contemporary Art (MOCA) in Los Angeles, for launching a performance hall, pushing forward with digitalization of the museum, and introducing the museum’s free admission policy. [6] Doesn’t this free admission sound like a promise accidentally made by the federal and state governments, which together fund the Prussian Cultural Heritage Foundation (like the one made in November 1989 by East German official Günter Schabowski – “as far I know, it’s effective immediately” – that inadvertently led to the opening of the Berlin Wall)? Oh, wouldn’t that be nice! This is a reform that has long been on the table, one that would substantially change the museums from would-be tourist hotspots into places that, quite beyond any kind of social welfare romanticism, would be open to the people – to whom the museums ultimately belong, given that they are financed by taxes. If this is something they’ve managed in London (entry is free to all the UK’s national museums, meaning that unlike the Prussian Cultural Heritage Foundation’s museums, they have very lively atmospheres), then why not in Berlin? We might wonder whether free entry was a part of the plan Biesenbach set out in his job application. It’s certainly something he would be in my good books for. 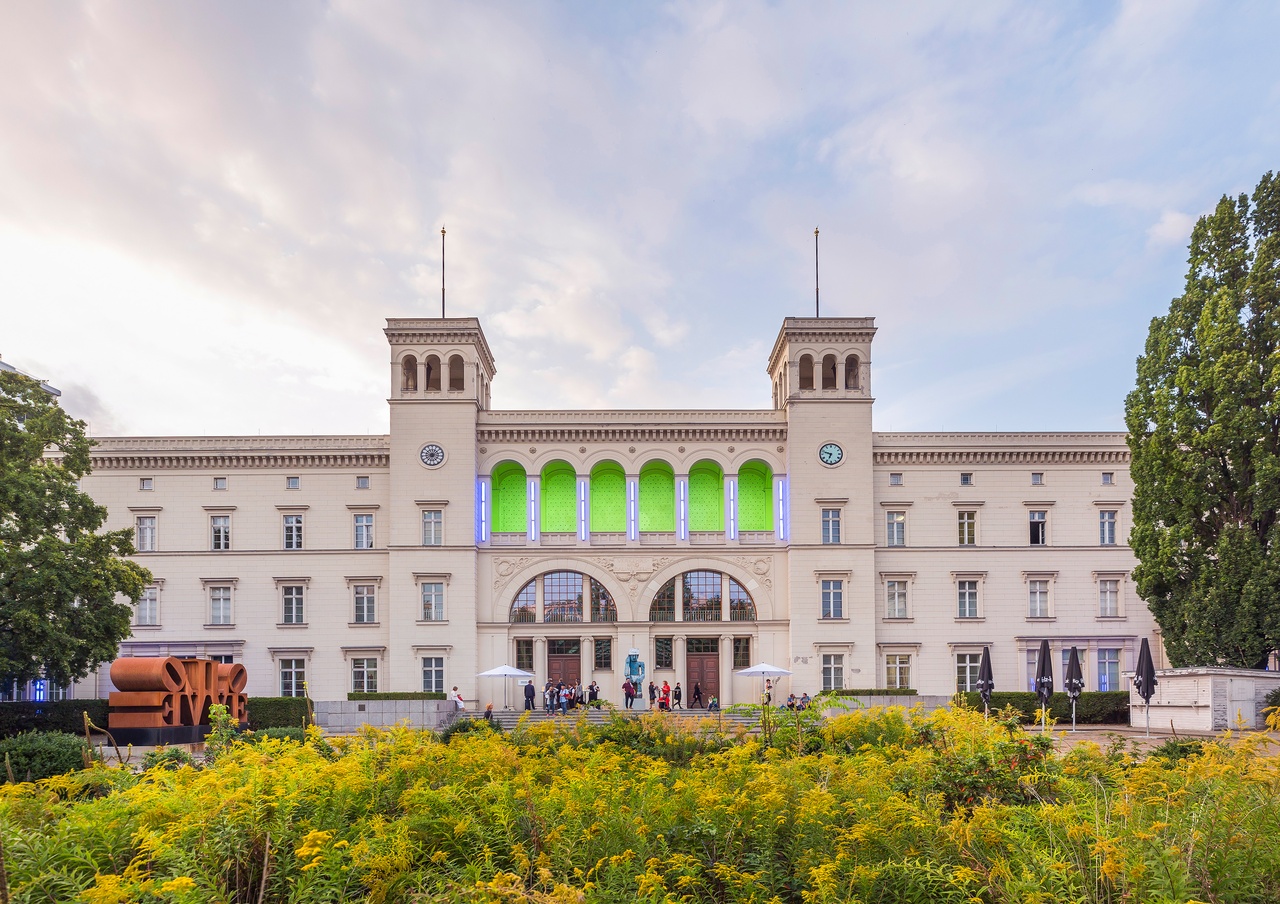 Less “questionable” is the appointment of Sam Bardaouil and Till Fellrath to lead the Hamburger Bahnhof. [7] Sam Bardaouil is, incidentally, the only one of the three with academic qualifications in the field. Both he and Fellrath lack museum experience, however; they come from a global, nomadic culture of curation. This does mean that they both are polyglots, and that Bardaouil in particular can much more persuasively present an internationality that goes beyond the Anglo-American lingua franca. Both are also more persuasive intellectually than Biesenbach, who acts more as a maker, networker, and fundraiser motivated by passion, with the result that he feels entitled to let his curatorial decisions run wild, unblemished by (art) historical knowledge, aesthetic competence, or deeper reflection – something that hasn’t always been met with approval in the US.

It remains to be seen how far Bardaouil and Fellrath’s art policies will depart from cultural neoliberalism. As independent curators, they have to be sponsor-friendly – like Biesenbach, too, of course – something I assume to be entirely in accordance with the wishes of the political sphere, which would thus be able to continue withdrawing from its responsibilities and from its role in funding the State Museums’ staffing and acquisition budgets. Sponsors have long since become collectors, exercising direct influence. The public sector has permitted collectors to expand their strategies over the last two decades – indeed, it has been compelled to do so as a result of acquisition budget cuts – toward a “patronage” that evokes thoughts of the feudal age (exceptions like Sammlung Hoffmann only confirm the rule). Hamburger Bahnhof thrives primarily on private collections (Sammlung Marx, the Flick Collection). Though the long-term loan of the Friedrich Christian Flick Collection expired in September 2021 and was not renewed, 268 works donated by the collector in 2008 and 2014 remain. The Sammlung Marx also recently announced that it would permanently donate its works by Joseph Beuys beyond existing loan agreements. [8] In general, the boundaries between public and private collections are becoming obsolete; tax-funded art museums are becoming venues for demonstrations of “courtly” prestige, torn between the influence of patrons and the political sphere. Free admission would be the least taxpayers might expect in return for the public sector’s participation in increasing the value of these collections.

Before Udo Kittelmann was appointed director of the Nationalgalerie, he had been, among other things, the director of the Kölnischer Kunstverein. At that time, Kunsthallen and Kunstvereine, which generally exhibit contemporary art without reference to collection history (or histories), functioned as recruiting sites for museum directors. As the appointment of Bardaouil and Fellrath demonstrates, that system has been replaced by a global, nomadic curation at biennials and in other temporally delimited contexts. It is here where the skills of the future directors of Hamburger Bahnhof lie. There is one thing they may be able to accomplish that was not possible under Kittelmann: linking the institution to the kind of contemporary discourse sounded out in project-based curation, independently of permanent collections. [9] They might do so by establishing a connection between collection-based, expertise-led museum work and current developments in art, alongside its associated debates.

Susanne von Falkenhausen is a professor emeritus of Modern Art History at Humboldt-Universität in Berlin.