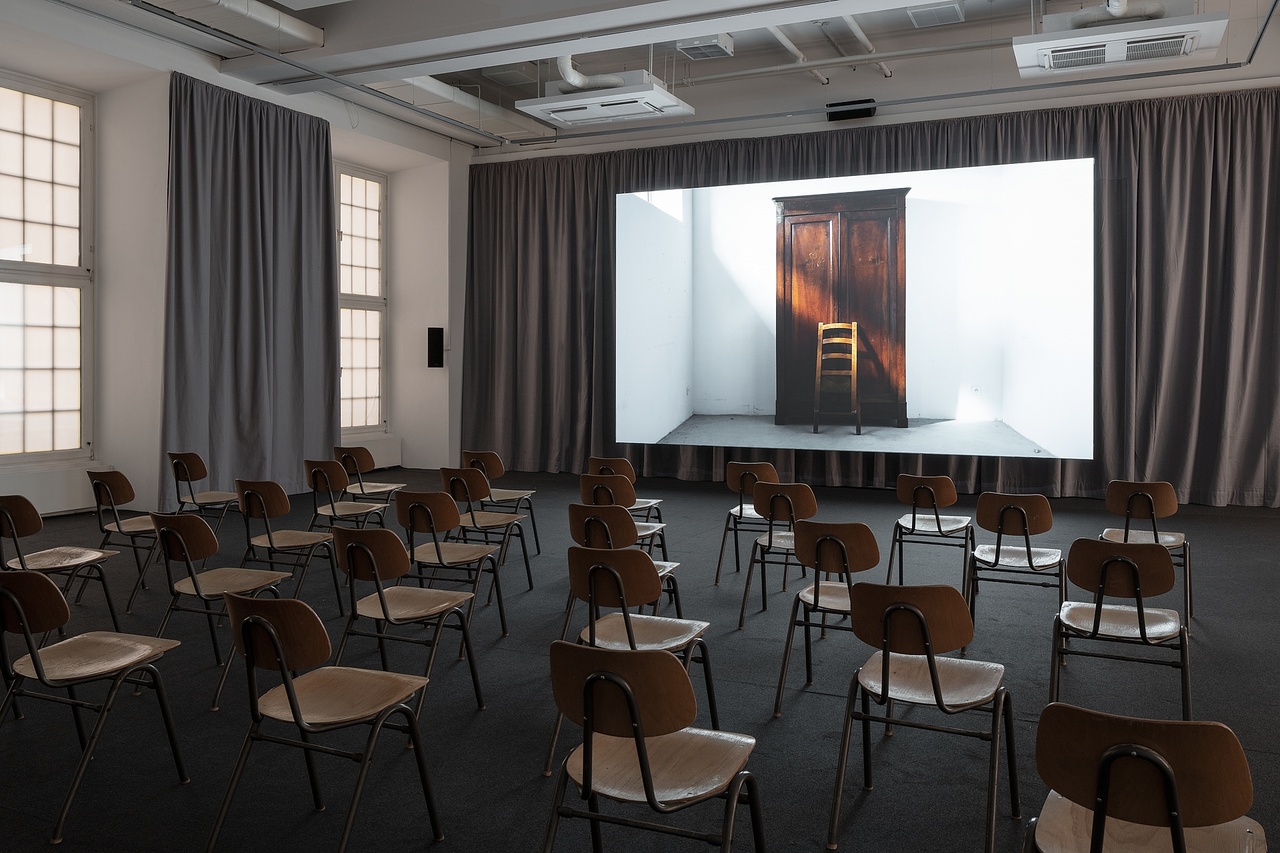 Never before have so many artists presented their work in Kassel as at this year’s Documenta – and rarely has the discussion of Documenta been steeped in such controversy. In stark contrast to the presence of the debate surrounding “documenta fifteen” in the media is the extent to which the artistic positions as such were discussed. The first part of our retrospective series “Documenta Debrief” therefore focuses on the art itself. At the invitation of the editors, five authors present the collectives and contributions they felt were particularly relevant. In his review introducing the videos presented by Sada [regroup] at Fridericianum, Amin Alsaden interweaves his personal experience as a viewer of those works with more general considerations regarding “documenta fifteen.” His critical reflections oscillate between the tangible moments of inclusion this iteration offered and the structures of exclusion still upheld by the institution. Informed by his work on transnational solidarity, Alsaden shares what he believes can be learned from Kassel.

Behind those gray curtains, in that unassuming space, I was transfixed. My mask could barely hide the tears. The grief of my people, sharing stories not unlike my own, was palpable in the Sada [regroup] videos. But I do not usually encounter Iraqi narratives at international art events, and at “documenta fifteen,” I did not quite expect a transformative experience. Featured at the central venue, Fridericianum, the Iraqi group may have had the simplest presentation in what is arguably the largest iteration in the quinquennial’s history, presented at more venues than visitors could engage with over a few days. Five riveting short videos played on a loop, projected onto a large screen in a rather empty room.

I walked away from many venues, however, thinking that – despite the admirable ambitions of the curators, the Indonesian collective ruangrupa – if this iteration proved anything, it was that group methodologies do not necessarily make cogent exhibitions. It helped to have members of the participating collectives, when available, guide visitors through their displays. Otherwise, some of the presentations were frustratingly opaque, cluttered with works in progress and copious reading materials, and there was the exhausting expectation of numerous artworks that required activation. But for artists who could afford to spend time in Kassel – and who broke through discriminatory visa policies targeting non-Western travelers – their stay must have been rewarding.

Equally fraught was the manner in which the curators’ centering of non-Western collectives was experienced or received. In open letters and on social media, participants conveyed concerns about vandalism, harassment, and threats. As a visitor, I was acutely aware of being in the minority, repeatedly reminded that people like me do not belong; I was followed by German guards, one of whom pushed me away from a work I was looking at. I also could not shake the feeling that the work of artists from all those faraway “exotic” places, like Iraq, was the subject of voyeuristic spectatorship, similar to that borne by our predecessors at the infamous 19th-century world’s fairs. Kassel’s diverse population was notably absent, too – particularly those of African and Southwest Asian descent, whom I kept seeing around town.

But still, our presence – those usually designated as “others,” the global majority who continue to be marginalized – at Documenta matters, especially in this inextricably linked and ailing world in which humanity’s survival depends on addressing everyone’s problems, even of those who live beyond Western safety and privilege. When an impending environmental, economic, and political collapse dawns on all of us, translating into callous apathy and paralyzing helplessness, recognizing the afflictions of others matters. Acknowledging our complicity also matters, from our inaction regarding environmental degradation to our consumption of oil extracted from ravaged geographies, and from our silence about xenophobic governments vilifying refugees to how our taxes are used to wage wars or fund tyrants in the geographies they flee. This planet’s overwhelming crises will never be tackled by ensuring the welfare of some at the expense of others.

While “documenta fifteen” had its shortcomings, the inclusive ethos of ruangrupa’s vision was also evident in the spirit of collaboration and group work; the sharing of knowledge and redistribution of resources; the challenging of Eurocentric, hegemonic epistemologies and power structures; and the solidarity with the oppressed, especially the formerly and currently colonized. Although Sada [regroup] is not exactly a collective in the traditional sense – more a reunion of the members of a series of workshops organized by Rijin Sahakian from 2011 to 2015, providing training for young artists in Baghdad – the fact that this iteration created a model that made room for Iraqis, and many others who do not usually have a voice in an inherently exclusive art world, was a critically vital gesture.

For Documenta, Sada’s former students produced videos examining where they find themselves today. Among them, Ali Eyal’s cryptic The Blue Ink Pocket (2022) stood out. An unsettling anguish permeates this video. Visitors hear eerie rattling noises and see a chair propped up against a wardrobe: something trapped inside is attempting to escape. Conceived as a letter to the viewer, Eyal is seen holding the titular work, a frame with leftovers of an obliterated artwork signed with his own name, as he reflects on obstacles faced by artists from conflict zones. He poignantly recalls how an international artist leading an early Sada workshop challenged students to represent the Battle of Karbala, an epic of resistance marked annually by Muslims around the world. Though Eyal does not elaborate, the anecdote seems to be a metaphor for the intractable task of capturing that moment in his life, enmeshed as it is in Iraq’s precarious reality.

Aside from the merits of individual works, the autobiographical videos by Eyal, Sajjad Abbas, Sarah Munaf, and Bassim Al Shaker together paint a grim picture of Iraq following the devastating US-led invasion. They speak of the traumas of senseless violence and agonies of stifling corruption in a country that descended into chaos due to repeated foreign interventions; of barriers to producing art under censorship and persecution, with no infrastructure or support; of families torn apart by displacement, with a generation fleeing in hope of better prospects elsewhere; and of new struggles in Western countries where they sought refuge, enduring alienation and hostilities that paralleled experiences they had escaped.

I strongly doubt that ruangrupa has permanently transformed Documenta – a rarefied platform to which many do not have access. But the curators’ insistence on centering underrepresented worldviews, stories, and art production is a sign of deep concern and respect for fellow human beings, a small antidote to the blind spots and injustices that plague the globe. The legacy of the polarizing “documenta fifteen” is an inclusivity that recognizes how art and life are inseparable, that affirms our fundamental interdependence regardless of origin or belonging – that sees our pain as shared, our burdens collective.

Amin Alsaden is a curator, educator, and scholar whose work focuses on transnational solidarities and exchanges across cultural boundaries. His research explores the history and theory of modern and contemporary art and architecture globally, with specific expertise in the Arab-Muslim world and its diasporas. He is preparing a book, based on his doctoral dissertation completed at Harvard University, about the art-architectural liaisons that shaped modernism in post–World War II Baghdad, Iraq.

The second part of “Documenta Debrief,” which will be published online in November 2022, will focus on "documenta fifteen" as a Gesamtkonzept. Contributions of the invited authors will offer a multi-perspective, meta-analytical view on curatorial practices and the ways in which the media covered the event.