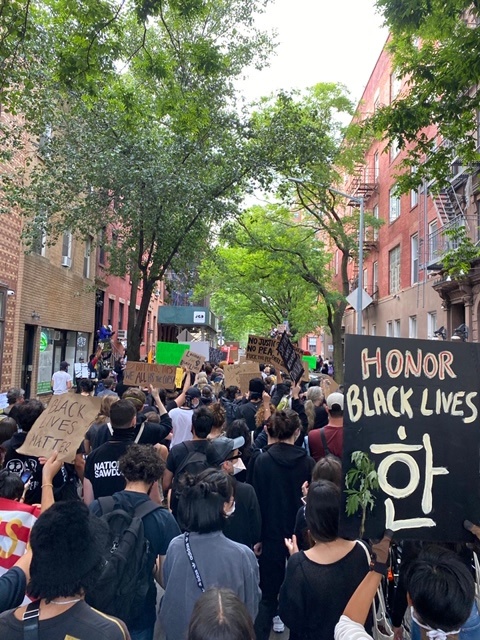 “We (Americans, Germans, blacks, whites, indeed the whole of the planet) watch and rewatch George Floyd’s being killed because watching black men being killed is what we always do.” Whereas the previous contribution to our column “Notes from Quarantine” focused on the micro-politics of the current protests of the Black Lives Matter movement, today’s fourteenth contribution to the column faces the macro-level history of racism in the United States. What happened to George Floyd is, according to the scholar Robert F. Reid-Pharr, what happened to the many George Floyds: being a victim of the seemingly unquenchable thirst of white people for the ritual murders of black persons.

Americans are a violent people. At least 1,000 individuals are killed each year by police. Half of US states still practice the death penalty. Six individuals have been executed by state governments in 2020 alone. In 2019, 210 persons died in mass killing events, mostly carried out with guns and rifles. For the purpose of maintaining statistical, if not ethical, accuracy the phrases ‘mass shooting’ and ‘mass death’ are reserved for incidents in which four or more persons are attacked or killed. Thus the fact that each year at least 15,000 persons are lost (culled, one is wont to say) in smaller gun tragedies, many of them suicides, is an ugly reality that most often goes unnoted in American popular culture.

Meanwhile, the US war machine has never been in better form. Our unending exercises in Iraq, Afghanistan, and elsewhere have worked to send home a steady stream of servicewomen and men who have killed and seen their friends and comrades killed. And while the bullets and bombs do not always choke off the breath or stop the heart, they nonetheless do a remarkable job of severely disabling soldiers, sailors, and marines. We send hale and hearty young men and women to protect our precious liberties and then brace ourselves as we watch them limp back home, their lost limbs, charred skin, missing eyes, and ruined hearing bearing witness to the profundity of their sacrifice. Yet even those who come to us physically whole, their taut bodies glistening with hues of pink and brown, have walked through unheralded, unspeakable trauma. Visions of rape, torture, and murder, memories of some stranger’s blood on the hands, provoke forms of rage and fear that none of us is prepared to confront. We welcome our heroes home, watch smiling as they skitter into well-appointed suburban houses, then suffer through slaps, punches, screams, and gouges as they explode with panic every time a car backfires or a fussy child will not stop crying. Still, we persevere. Good Americans that we are, we do our best to hide the bruises, to calm anger and self-loathing with good food or good liquor or good sex. We hope and wait… and wait… and wait for a better, calmer tomorrow. We say our prayers and wish for the best until the neighbors finally call the police – or the coroner.

The question then becomes why a single moment of ritual killing, the image of George Floyd’s being choked to death on a Minnesota sidewalk, has caused such a stir. It was after all just a lynching, one that conformed in most particulars to the well-worn, indeed classic, forms that we utilize in the United States to perform such procedures. A black man misbehaving, out of place and out of sorts, was taken down by a posse. While his body was never dangled from a poplar tree, his neck was for all intents and purposes snapped.

Yet in the time that it will take you to read these words another American will have been similarly killed. At least three died yesterday. Indeed there has been no day in any of our lives in which the killing has either stopped or even slowed. We continue these murders, we revel in the blotting out of life and the desecration of the human form because we like it. It is hard, in fact, to not smell more than a whiff of the disingenuous as well-meaning liberals weep and tear their hair over the image of George Floyd. Shaking fingers pointing in the direction of the police suggest that there is something out of the ordinary about what has happened, what is always happening.

We forget at our peril, however, that the American tradition of lynching is both productive and modern. Though the practice of ritualized, extrajudicial murders has been part of American culture since before the founding of the Republic, lynchings were most frequent between 1890 and 1920, exactly the period during which the United States became an imperial power with a mainly urban population. Though oceans of ink have been spilled to explain that what happened to George Floyd, the many George Floyds, was, in fact, an aberration, the boiling over of old fashioned forms of racism born in the crucible of slavery, the actual historical record demonstrates that African American people have been most consistently attacked by lynch mobs for either competing with whites in business and politics or otherwise demonstrating black independence and mobility.

The vulgar, bloody bottom of this particular obscenity was reached shortly after 1918 and the close of the First Word War when scores of returning black soldiers were harassed, attacked, beaten, and sometimes killed for daring to wear their military uniforms in public. The reality that the white population would in no way countenance any form of black aggression was again brought into stark focus on May 31st and June 1st of 1921 when the community of Greenwood in Tulsa, Oklahoma, was attacked in order to dislodge the many successful black businesses that had taken root there. Good white Christian Americans confronted their compatriots with certainty, looked into the fright of unblinking human eyes, then pulled the triggers, enjoying the stink of red blood turning brown as they watched life beat a quick retreat and found themselves aroused by the image of another black person lying dead on the ground.

The truth of course is that the lynching has never stopped, never been contained. The vulgar policeman, his hands sticky with black blood, is not, however, the most significant actor in the dangerous game that we are playing. The form of George Floyd’s killing perfectly replicates the older, more ‘traditional’ forms seen in lynchings from the early part of the 20th century. Yes, Floyd was another victim of the seemingly unquenchable thirst of white people for the ritual murders of black persons. Yes, in this instance the man with his knee on Floyd’s throat was a white man. We will not be able to end this horror, however, to finish this practice in all of its forms, until we move beyond the expected feint of assigning blame to the easiest of targets. 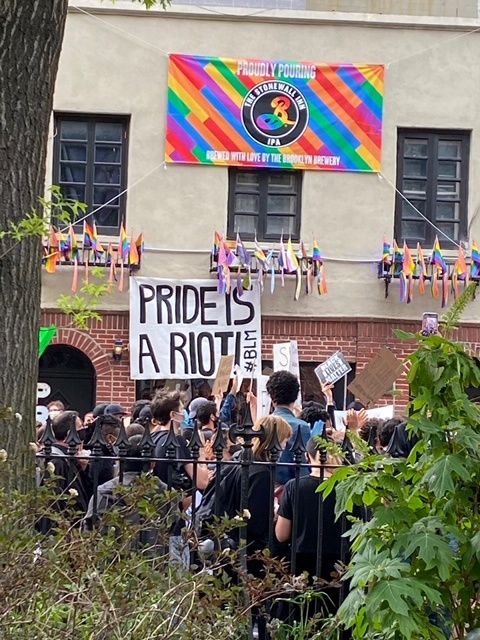 Again, the American lynching tradition was – and is – decidedly modern. The mob killings of the early 20th century were often announced in newspapers days before the event, drawing crowds of thousands of persons, using newly established roadways and rail lines to reach their destinations. Prizes were systematically removed from the corpses. Testicles, fingers, noses, nipples, toes, eyes, and ears were traded among revelers and then displayed in shops, and then often held in white families for generations. Even more importantly, photographs of the victims’ remains were taken then turned into postcards that were mailed throughout the United States. For their part, African American newspapers reported on lynchings widely and news of the atrocities spread with alacrity throughout our communities.

When I say then that we exist in lynching culture I mean to implicate both my reader – and myself – in that fact. We (Americans, Germans, blacks, whites, indeed the whole of the planet) watch and rewatch George Floyd’s being killed because watching black men being killed is what we always do. Stone-faced conservatives and wet-eyed liberals all sound the same notes. The image of another dead body lying on the ground provokes us to fits of oratory. We announce and celebrate our shared ideals and let fly full throated articulations of the unblemished promise of American democracy. Yet the killing never stops. He was running. He was fighting. He was talking back. He had it coming. More will die tomorrow. Americans are a violent people because, in a sense, we need the violence. The beatings, jailings, and shootings help us to make sense of the everyday functioning of assassination and murder, death and dying in our culture. From the right, the dead black represents the successful stamping out of another spark of resistance. From the left, images of gasping black men expiring before unblinking cameras allows the well intentioned to demonstrate rage and fellow feeling without having to do much more than that.

Why then all the fuss? Perhaps it is that we are all a bit afraid right now. More than 100,000 of my compatriots have died in a pandemic that we cannot stop. We have been assured that many more will follow. And though pink-skinned men dressed all in white will not need to train their weapons on us to do the deed, once it is done, once the bodies are strewn on the disinterested earth with good patriots refusing even to mourn the passing, we all risk becoming nothing more than sacks of no longer human flesh lying dead on the ground.

Strangely, then, I will end on a hopeful note. Perhaps the promise of this moment of fear and rage is that at least a few more of us will come to recognize that our society cannot sustain much more of the bloodletting. If we are to survive we will have to find a way to move past the culture of death that has been so productive in both US and European culture. We have got to find the courage to look past our fantasies of a cleansing apocalypse in order to imagine a future wide enough, generous enough, and alive enough to greet us all.

Robert F. Reid-Pharr is a professor of Studies of Women, Gender, and Sexuality and African and African American Studies at Harvard University. In the spring of 2021 he will be a fellow at the American Academy of Berlin, where he will complete a biography of the writer and activist James Baldwin.