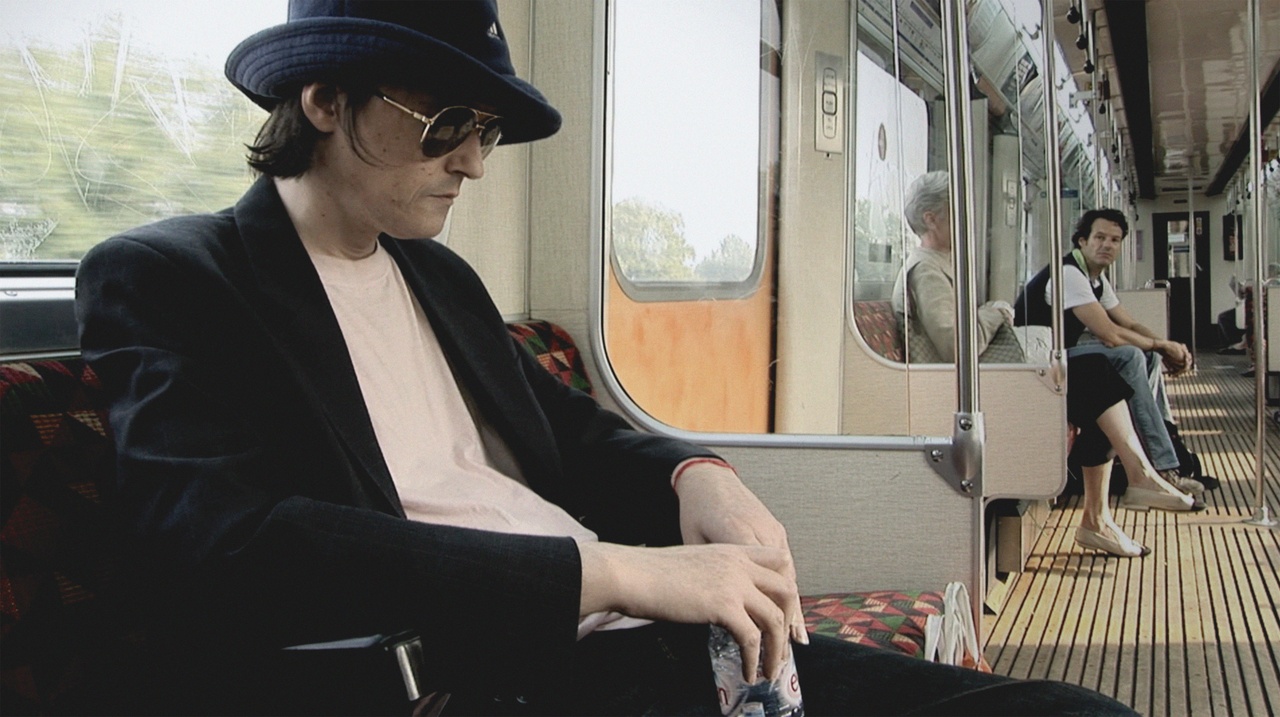 Embraced by neoliberalism and idealized within the art world and beyond, the notion of a “labor of love” carried out as an lifelong uneconomic commitment is bound to come with some losses. In the latest iteration of our column Current Attractions – which continues the theme of our issue on “Mourning” – the artist, musician, and writer Steven Warwick reflects upon the supposedly failed career of Lawrence, the mind behind the British bands Felt, Denim, and Go-Kart Mozart. Warwick’s observations are based on Paul Kelly‘s documentary Lawrence of Belgravia, which was recently reissued by the BFI.

Lawrence of Belgravia opens with the documentary’s titular character being evicted from his council flat in the upscale district of Belgravia in South West London, not far from where, in the present day, several Russian oligarchs have had their assets frozen. The film is centered around the often-cited though commercially ignored musician Lawrence of cult indie bands Felt, Denim, and Go-Kart Mozart/Mozart Estate. He is credited with having had an enormous cultural influence on The Smiths, Pulp, Saint Etienne, a plethora of US Indie bands, and a significant chunk of the Britpop scene name checking him, and has had a 2018 exhibition at Dépendance gallery in Brussels dedicated to him. Though others found fame and celebrity, this film is a stark portrait of the breakdown of a highly gifted personality who could never quite find the fame he sought. Or is it a portrait of an artist solely focused on his own creative process? The scene of Lawrence’s eviction is particularly sobering, given that he has been evicted, in part because the council disagreed with his “lifestyle.” The film infers, though never directly interrogates, hard drug addiction and a series of mental breakdowns.

Directed by Paul Kelly and recently reissued by the BFI, the film was shot on no budget and worked on over a decade (2003–11). Kelly has previously made films with indie band Saint Etienne, of which one, Finisterre (2003), includes Lawrence amongst a host of other locals detailing their experiences of London. Kelly’s other films are in the mold of Patrick Keiller’s London (1994), a critique of the political landscape that had risen under Margaret Thatcher. Kelly, however, charts the period of New Labour optimism and hedonism, alongside quotidian moments, before the disillusion with the Iraq War and the global financial crisis of 2008. In this sense, Lawrence of Belgravia isn’t a direct political commentary; rather, its protagonist is closer to Jean-Pierre Léaud in Rivette’s monolithic Out (1971) trying to reject the outside world and live in his own imagination, or put more simply, to be a perfect pop star. In many ways, one could draw a parallel to the hapless character Vernon Subutex in the French writer Virginie Despentes’s novel that is also set in this time period. Subutex’s record shop is closing, and he consequently finds himself living on the streets, sleeping on friends’ sofas, and generally seeking escape via various outlets. [1] However, Lawrence’s tragedies cannot merely be framed through solely economic terms. It’s also self-destruction, genuine eccentricity, and perhaps being born at the wrong time. At one point he wishes he was born in the 16th century, when he could have had a rich patron invest in him, and at another point, he wishes he was married to supermodel and celebrity Kate Moss. He also admits that “I’m completely obsessed with being famous. Forget those Big Brother people…. I want to live in a fame bubble. The day I don’t have to go on the tube anymore is the day I fucking celebrate. I don’t have to look at those pathetic sad faces, you know looking at you…. I want to go on my own airplanes, I want to get picked up in a limo. I don’t ever want to go on a bus or a tube ever again…. People who say ‘I still take the tube, I want to connect with people,’ fuck that, I just want to be on my own”. This could be interpreted as a Thatcherite tone until you realize Lawrence is riding the District Line, a first-class tag hanging out his pocket (surely staged?) and carrying his belongings around in a Sainsbury’s carrier bag. This is a man who has been made homeless, and his outburst is a valid frustration against the humdrum, with laconic effect. There is something interesting in how, despite all the insights into Lawrence’s personal neuroses and tragedies, the film doesn’t read like some pathetic check-in to a celebrity detox clinic like The Priory, complete with an accompanying Hello! spread or paparazzi. What’s interesting with the film (and this is perhaps incidental) is it charts the shift between public attitudes of the self and social dramaturgies of commercialized self-help: from an Americanized vomitorium of private concerns being very publicly worked out on chat shows such as Jerry Springer or Ricki Lake through to the shark-tank gaze of atrocity exhibitions such as Big Brother. [2] These, it could be argued, were petri dishes for a public’s increasing self-awareness of how to monetize oneself in the public eye (a dynamic that continues through to today’s influencers).

Kelly instead treats the subject of his documentary with respect, maintaining a mystery or privacy around Lawrence. Indeed, despite some revelations, we are left still not knowing a lot about him. Aside from an answerphone message playback of “Hi Paul, I’m at Holloway Road hospital, can you come pick me up” and some shots of rent arrears, methadone programs, and sectioning, the viewer is left at that. It’s blunt, but not what we would now call “oversharing.” He entertains various ways of how he could access capital, including being sectioned: “It’s the only way I can carry on making music, luckily. I’m insane.... Now I’m legally bonkers…” 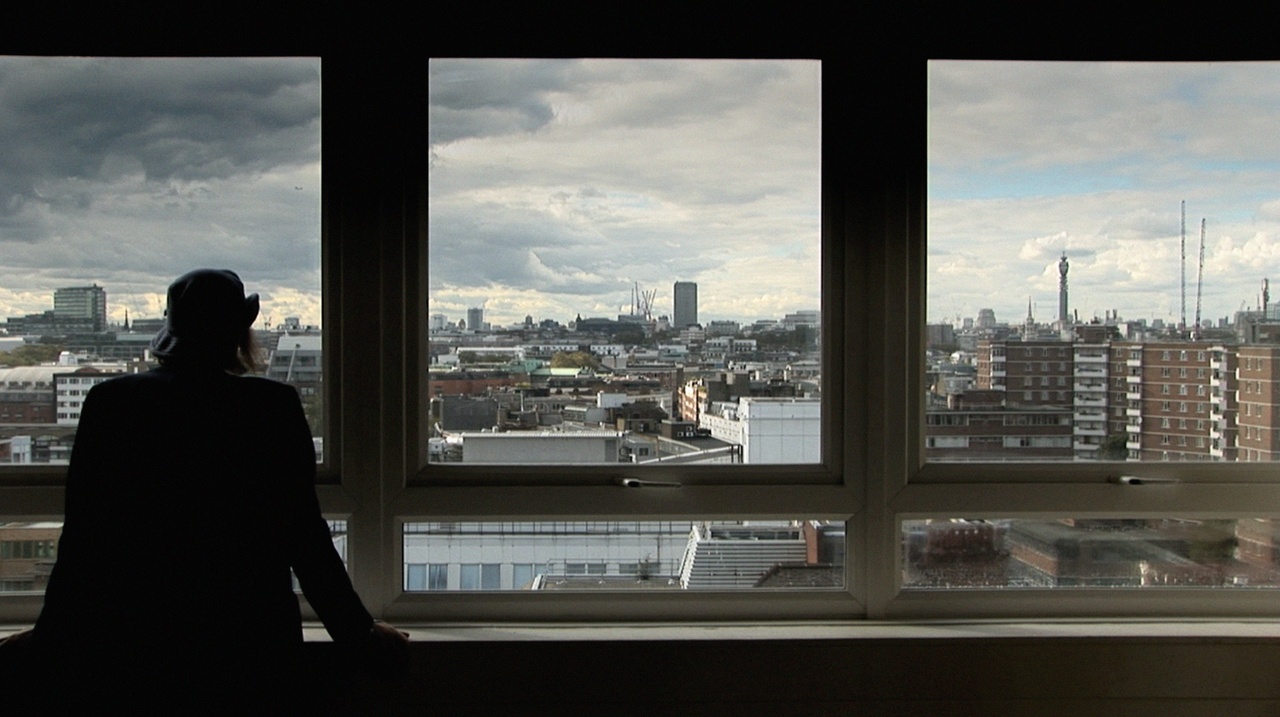 Lawrence of Belgravia charts the perpetual crash of try again, fail, fail harder logic of someone close to having his dream of a summer hit before Denim’s song “Summer Smash” was withdrawn from radio play in the summer of 1997 due to the death of Princess Diana. [3] This episode was potentially one of the triggers of a long depression and breakdown this film partly documents. Watching the film now, coming out of a pandemic which robbed most musicians and performers of any livelihood, the existential dread that accompanies this rise and fall is relatable and felt by many. Not least in a world that has seen the devaluing of music into streamed “content,” which one makes increasingly lower financial returns from.

The film concludes with Lawrence, after a brief spell of homelessness, finally moving into a new council flat in the admittedly pretty desirable location of Old Street, Shoreditch. He looks out over the high-rise balcony wondering if there must be something wrong with him, why he hasn’t made it, saying “There’s never been anyone who’s been this far and failed.” At that point the camera pans out from him standing on his balcony with the social housing block gradually engulfing him. It brings to mind Tess of the d’Urbervilles feeling like a fly on a billiard table of indefinite length. It is a very poetic shot and also very touching. However, you are left not with sympathy or pity for a(nother) frustrated artist. Rather, Lawrence of Belgravia is a very human and strangely reaffirming portrait of one’s desire to live in one's imagination, to dare to dream.

Steven Warwick is an artist, writer, and musician based in Berlin. His book Notes on Evil will be released through Floating Opera Press this autumn.